What are Your Limiting Beliefs?

I Once Was Blind, Now I See

What is My Unconscious Mind Thinking?

Share0
Tweet0
Share0
Share 0
Tweet 0
Share 0
Perception is reality. This is a direct quote from noted political strategist Lee Atwater.  He coined the term in the 1980s and used this notion to support aggressive political campaigns to help his candidates. I've even seen it cribbed in books that speak to the narrative of power and financial gain.
I offer it in this way. Every moment of now, you are creating your narrative or perception for yourself. You will look at a specific event and choose if it is good or bad, helpful, or a nuisance. Once you start to realize the power of your thoughts, you'll see that you can create your experiences. You can take a minute and be with this information, but then I want you to consider how different your life would be with this new thinking.
Here is an example that I faced the other day. My daughter is going to a new school, and it is all online based on the current health crisis that our country is facing. So, everything is digital and human interaction exists only on her iPad. Her teachers use three to four applications for all her classes, and she must navigate them to answer questions, submit homework, and take tests. These applications were not developed by the same company and do not work seamlessly together. This new process has caused a lot of additional stress and inconsistent productivity for her, my wife, and me.
So, my perception started to turn to one that was negative and was leading me to make different choices for my daughter's education. One of these choices was to just home school and move from the "factory school" system altogether. I even went as far as to share my idea with my daughter during a break she had when she was eating her lunch. She got very upset and ended up missing the beginning of her next class.
This was a poor choice on my part, as I was so focused on solving a problem that was affecting me more than it was affecting her. I took a step back and considered all the options we had and decided I'd give myself a break and deal with what was in the moment. Making sure my daughter was ok. My daughter ended up going to class (online) late and found that there was a quiz that she was not aware of and not prepared for. The teacher had told her it was too late to take it that day, so she would have to take it during her break on the following Monday.
My perception of the school and her teaches was negative initially, then my daughter and I had the experience and were with our feelings. We moved from judgment to observation, and we found that she would be given additional time to prepare for a test she was unaware of three days later. My perception was changed. 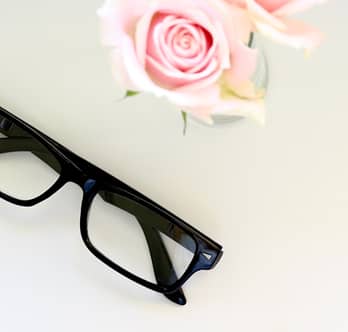 I wanted to share this simple example as a baseline for perception being your reality. It works for much more advance and seemingly complex problems too, but I believe this illustrates my point.
When you experience your life fully and more aware, you can let the universe orchestrate on your highest and best desires. But, you have to be with the initial discomfort as that uncomfortable feeling is trying to get your attention. In my family's case, we have to be with the knowledge that traditional school may not be the direction we take our daughter through. We have to make that choice as a family. But, I can tell you that I know it will be the right choice for all of us, and it will be of great benefit.
Previous
Next