Just Another Brick in The Wall

Today I would like to start my blog with a question. How is Pink Floyd's, David Gilmour's online single, "Chicago - Change the World", and the idea of Free Energy connected? Give up? David Gilmour wrote the song to bring attention to a young English man named Gary McKinnon. Who is Gary McKinnon, and why haven't I heard of him, you ask? You know the drill, continue, reading.

Gary is an iconic figure in the world of government disclosure. If you are remotely interested in UFOs or Free Energy, his name will come up in pockets. However he was never the main character in stories regarding these subjects, but he is a central figure, nonetheless. 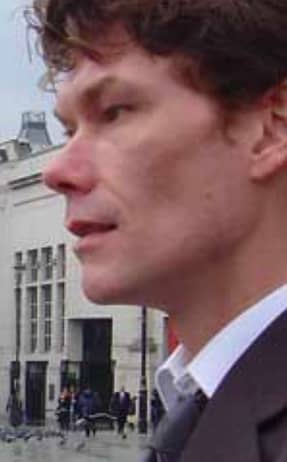 Can You Hack It? 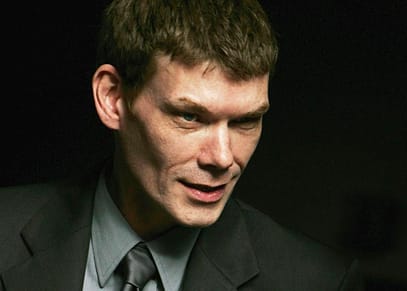 McKinnon's story starts back in 2002, not long after the 9/11 attacks. He was a young computer programmer with a taste for investigation. It turns out he could run a simple hacking code to identify and show blank passwords on computers anywhere in the world.

The open password program would allow Gary to log in remotely to any NASA or military computer that was unprotected. For instance he would detect a computer, and would look at the files it contained. He discovered some amazing information.

Gary had discovered two files that left him speechless.

What Did They Say?

I'll give you some context on why these two files are so important. The first is that Gary had watched the live interviews at the National Press Club in May of 2001. The interviews are known as the  Disclosure Project and had 20 military, intelligence, government, corporate and scientific witnesses testify to the reality of UFOs or extraterrestrial vehicles, extraterrestrial life forms, and Free energy and propulsion technologies.

Many people have come forward from the military and talked about secret black operations supporting a secret space program. Gary uncovered the file that proved this operation existed and had a list of those officers.

How could any of this be possible?

See my blog on Pentagon spending - Donald Rumsfeld (secretary of defense) disclosed that his department could not account for roughly $2.3 trillion worth of transactions (start the video at 9:50 & 14:17).

Everything is Coming up Rosie

In addition to the documents, Gary also was able to see untouched photos of UFOs and the Moon on NASA's database. He said he was unable to download the pictures due to the large size of the files. You have to remember this was 2002, and high-speed internet was not available to quickly download Gig-sized files. Gary stated that the picture he wanted was one of a large silver UFO floating over a metropolitan area.

Based on information from McKinnon, there are NASA employees who review photos taken from government devices and re-touch them to blur out or erase incriminating objects. I have attached a link with the top 10 identified pictures that lead some to believe there is life on the moon.  Examine it here.

Let's get back to Gary and his story. McKinnon was detected and ultimately caught infiltrating the U.S. Military's computer system in early 2002. Gary did admit that he left a message on the military's system that said, "Your security is crap". Also, the U.S. accused him of deleting critical files from operating systems, which shut down the United States Army's Military District of Washington network of 2000 computers for 24 hours. The latter accusation, Gary denied.

The interesting part of this case is that the U.S. government pushed the U.K. hard to have Gary extradited to America and face his crimes. In the U.K., the law requires more than accusations to release a citizen to a foreign power for judgment. In this case, McKinnon could face up to 80 years in a U.S. jail.
Years of court battles would follow Gary, and he was never confident that he would be allowed to stay in the U.K. or if he was to extradited to the U.S. for trial.
It would take a total of 10 years of legal back and forth between the two countries but in 2012, the U.K. Home Secretary Theresa May blocked the U.S. extradition request on human rights grounds.
An extradition warrant for Mr. McKinnon is still outstanding, preventing his travel outside the UK.

Is This What it Seems

Why did I share this story with you today? As I research all of my blogs, I seem to come across a common theme. Citizens of this world continue finding evidence that there is free energy available to us. There are operations taking place currently that defy our current knowledge of physics. And that there is life outside of our planet.
Was Gary just a simple hacker who shut down the U.S. military computer system, or did he indeed find critical information that no one was supposed to see? Why would the American government work for ten years to prosecute this small-time hacker?

As I was conducting my research, Gary stated to the press that he was primarily looking to find proof of free energy documents. He asserted that he was compelled to try by news outlets reporting that many energy companies were expected to raise U.K. fuel bills by an astonishing 70%. Despite the likes of BP forecasting their highest ever quarterly profit up 56% to $8.6 Billion. Gary said that "In Britain, the elderly are dying each Winter as they are made to choose between heating and eating."

You Get to Decide

I love a good UFO story, and I enjoy finding hidden information, but it always comes down to how we treat each other. A simple act of kindness and an outstretched hand of tolerance is far more powerful than a heating bill.

We have the capability to create what we desire. I desire a more graceful me. That is where I plan to start. How about you?

The New Rags to Riches

Why do I Keep Attracting the Same People in My Life?