Why is Tesla so Important to Us?

I bet when you read this headline you were thinking about Tesla, the motor company, and Elon Musk. Well, I don't blame you but I intend to have you consider the life of Nikola Tesla the inventor, creator, and futurist of the 1900s.

Tesla would frequently have visions of his devices long before he ever built them. As a matter of fact, he was known to build the machine in his mind first then set about creating them in his lab. In the late 1800s and early 1900s, he was considered to have a psychological condition known as a mental illness. This mental illness, as far as I can tell, was his imagination and his personal strength and reluctance to give up on an idea/dream just because he didn't have it in the physical form. This is where his genius was.

Just to give you, the reader an idea of what these visions created, I'll list a few of the big ones.

All of this for the sake of helping humanity achieve its highest and best potential. Not bad for a dreamer with mental illness challenges.

Nikola was not a businessman and would work solely for the purpose of creating his dreams for the benefit of others. As a result, he did not enjoy the celebrity of his peers like Thomas Edison or Albert Einstein. Nor did he enjoy their financial freedom.

Tesla would pass on January 7th, 1943 in his hotel room. His legacy lives on in our modern life in every possible way and we all benefit from his creativity and perseverance. And for that, I'm truly grateful. 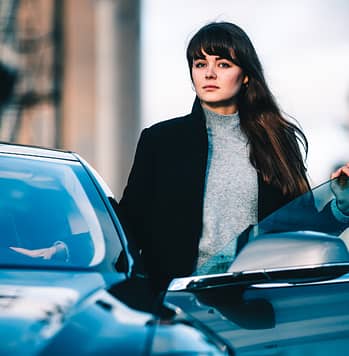 It is no fluke that Elon Musk (or cofounder Martin Eberhard) has taken the name Tesla for his electrified car. It is also not a surprise that a dot com wizard-like Elon, with no automotive experience whatsoever, has fundamentally changed the auto industry and the motoring public's life forever.                       If you can't dream of what you want you are destined to live the dreams of others.

You must stay connected to your dreams and persevere no matter the odds to create the change your heart truly desires.

Remember these two men and take a look at their lives and see if you can do better.