What is The Right Answer?

The plain fact is that education is itself a form of propaganda - a deliberate scheme to outfit the pupil, not with the capacity to weigh ideas, but with a simple appetite for gulping ideas ready-made. The aim is to make good citizens, which is to say, docile uninquisitive citizens.

Mencken had many stimulating quotes and ideas about what was going on in America during the early and mid-1900s. He even inspired my blog on Factory Schools, where I detail why schools exist and how they affect certain types of personalities. However, today I want to talk about H. L. Mencken and his thoughts around power structures in modern society, their effects on people, and why they exist.

H.L. was an admirer of the German philosopher Friedrich Nietzsche; he was an outspoken opponent of organized religion, theism [belief in God(s)], and representative democracy. He felt that these systems supported inferior people that dominated their superiors. 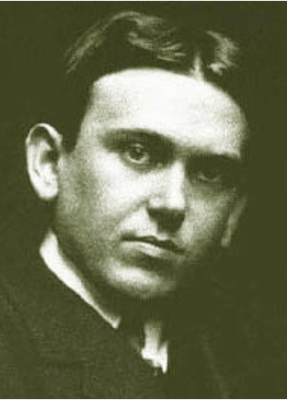 Who do You Love? 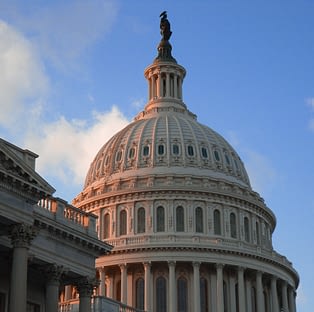 That central thesis speaks to me because I write a lot about the power in each of us. So why is it that we are so quick to give our power away? Here is another quote from Mencken; "The men the American people admire most extravagantly are the most daring liars; the men they detest most violently are those who try to tell them the truth."

I wonder if the plain fact is that we want the truth but can not handle it in reality. If we take the idea of ownership and responsibility to heart, that means we have no one to blame but ourselves.

Based on my opening paragraph, we have been trained from Kindergarten to look to others for approval. Receiving an accredited endorsement lets us know if we are right or wrong on a given idea or subject.

H.L. Mencken started his academic career as a gifted student in science and math. He graduated as valedictorian from the Baltimore Polytechnic Institute. However, he found his passion when he attended a free correspondence school and took a writing class at Cosmopolitan University. Mencken would use this as the entirety of his formal education in journalism. His ability to write creatively and with cutting wit enabled him to get a job as a reporter and editor. With pen in hand and the ambition to get his word out, Mencken changed how people read the news.

His satirical reporting on the Scopes Trial, which he dubbed the "Monkey Trial," gained national attention. If you don't know what the Scopes Trial was, let me share some details. I believe it will illuminate my earlier point regarding the truth or what you have been trained to think.

What Do You Believe?

The Scopes "Monkey" Trial was a battle between religion and science. It was on display for all the world to see in 1925. Furthermore, the historic case occurred in a small Tennessee town called Dayton. At the heart of the court case, John T. Scopes, a respected high school biology teacher, was arrested on May 5, 1925, for teaching Darwin's Theory of Evolution to his class. A law enacted two months earlier called the Butler Act prohibiting public school teachers from denying the Biblical account of humanity's origin. The law also prevented the teaching of the evolution of man from lower orders of animals in place of the Biblical account.

Most importantly, two prominent organizations were behind the arrest and lawsuit. The first was the World Christian Fundamentals Association (WCFA) who helped establish the law. The second was the American Civil Liberties Union (ACLU) who paid for the legal defense of Scopes. That is to say, the two most influential groups of religion and freedom of rights wanted to establish that there was only one way to teach our children how life started on this planet.

Mencken had no use for religion. He did not trust the word of God through the voice of a man. Therefore his thoughts on the trial were pro-science. Here is a quote; "Let no one mistake it for comedy, farcical though it may be in all its details. It serves notice on the country that Neanderthal man is organizing in these forlorn backwaters of the land, led by a fanatic, rid of sense and devoid of conscience."

The ACLU and John T. Scopes lost to a Tenessee Judge and charged a fine of $100. The defense (ACLU) appealed the case and went to the Supreme Court of Tennessee. Consequently, the court held that while the statute "forbade" the teaching of evolution (as the court had defined it), it did not require teaching any other doctrine and thus did not benefit any one religious creed or sect over others.

Ultimately, in 1968, the United States Supreme Court ruled in Epperson v. Arkansas that such bans contravened (violated) the First Amendment's Establishment Clause because their primary purpose is religious. Furthermore, Tennessee had repealed the Butler Act the previous year.

In conclusion, it seems we all have our beliefs/truths and want to fight to support them. We even go as far as to tell others that their reality is not only wrong but silly. The Monkey Trial is a subset of all the anger and vitriol we feel when someone challenges our beliefs. I use it as an example of how far we go to prove we are correct, and in the end, ultimately, that truth, as we knew it is outdated and dismissed.

H.L. Mencken was not a perfect man; however, his thoughts on how we eagerly consume ready-made ideas are dead on. It is far more challenging to do the research and bring in your own critical thinking than to take the word of a man or woman with higher education than you.

How Much do Your Really Know?

I leave you with one last quote from Mencken:
"The aim of public education is not to spread enlightenment at all; it is simply to reduce as many individuals as possible to the same safe level, to breed a standard citizenry, to put down dissent and originality."