Each Moment I can Choose who I want to Be

It All Greek to Me

Today I'm going to reveal to you that most of the blogs I have written contain information from a man who lived 2,405 years ago. You may have heard of him; Aristotle was his name. Yes, the student of Plato and teacher and creator of what we refer to today as religion and science.

In faith, Aristotelian ethics were the basis for St. Thomas Aquinas' works that forged Christian thought on free will and the role of virtue. Aristotle's scientific observations were considered the last word in knowledge up to the 16th Century. His empirical approach based on observation, hypothesis, and direct experience (experimentation) is the current basis for scientific activity in nearly every field of study.

Today's focus will be on Metaphysics, one of the primary disciplines Aristotle taught his students. As a result, I plan to help you better understand how this science enables you to interpret yourself and the world in which you live.

First, we must define metaphysics for you. "Metaphysics" comes from two Greek words that literally mean "after or behind or among [the study of] the natural." Meta refers to or is about itself. 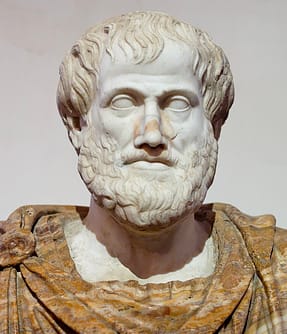 Physics is the nature and properties of matter and energy. Metaphysics is a type of philosophy or study that uses broad concepts to help define reality and our understanding of it. Examples of metaphysical concepts are Being, Existence, Purpose, Universals, Property, Relation, Causality, Space, Time, and Event.

Do You have the Time? 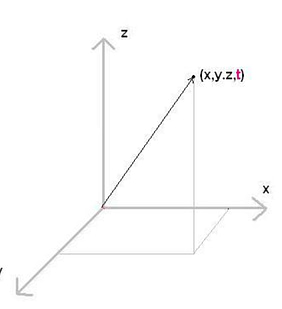 Aristotle wrote that change is the actualization of a thing's ability insofar as it is able. What? My interpretation is that the moment you realize you have the power to change (create), you can. However, you must know that you have this power.

Merely trying to make your reality with your thinking brain (thoughts) will not bring you the change you require. In other words, you must be in a state of truly knowing that you can take matter and tell it what to do. I know this is a lot, so I'll give you an example.

On February 26, 1998, researchers at the Weizmann Institute of Science conducted a highly controlled experiment demonstrating how a beam of electrons is affected by the act of being observed. The experiment revealed that the greater the amount of "watching," the more significant the observer's influence on what actually takes place. The mere presence of a person's attention created a reaction.

When a quantum "observer" is watching, Quantum mechanics states that particles can also behave as waves. As a result, this can be true for electrons at the submicron level, i.e., at distances measuring less than one micron (one-millionth of a meter) or one-thousandth of a millimeter. When behaving as waves, they can simultaneously pass through several openings in a barrier and then meet again on the other side of the obstacle. This "meeting" is known as interference.

Strange as it may sound, interference can only occur when no one is watching. Once an observer begins to observe the particles going through the openings, the picture changes dramatically: if you can see a particle going through one opening, it's clear it didn't go through another. In other words, when under observation, electrons are being "forced" to behave like particles and not like waves. Thus the mere act of observation affects the experimental findings.

What's going on here? It's as though the electrons "know" whether you're watching them or not. Observing this setup — asking "which slit did each electron pass through?" — changes the experiment's outcome.

In light of all this information, it is incredibly tempting to ask what thousands upon thousands of scientists and physics students have asked upon learning it: what does it all mean about the nature of reality?

You are what You Believe

As a result of this information, I contend that what you believe is real is. Your reality is just that, real. You can use all five senses or rely on just your sight. In this third-dimensional reality, what you pay attention to exists. What is happening to you is what you focus on all the time.

When you are in fear or doubt, that is okay. However, if you stay in fear and doubt, that is what you will see or, in this case, create. On the other hand, if you are happy or excited, you raise your frequency and create a space for the new matter to come in.

What is Matter? In physics, one way to distinguish between mass and matter is to define matter as a substance consisting of particles that exhibit rest mass. Even so, in physics and chemistry, matter exhibits wave-particle duality, so it has properties of both waves and particles. Remember our experiment above? If you observe the electrons, they behave in particle form and go through the open slits. They act as waveforms when they are not being watched and can go through any barrier.

Yes and No, at the Same Time

Duality is key to understanding that you can do two things simultaneously. Based on the teachings of Aristotle and our friendly scientists today, we know that we can create our reality by understanding where we place our focus.

In short, you no longer have to stand by and watch the world around you. You can take immediate action by placing your focus on what it is you desire. How do you start this process? I'm glad you asked. How about you stop reading this blog and do something fun? For example, walk your dog, cook something you love to eat, or simply go outside with your shoes off and feel the magnetic pull of the earth below you.

Having fun will take you out of your "thinking" brain and elevate your frequency. The wave action you create will go through any barrier. You, my friend, are unstoppable. You just have to believe it.