You Create Your Reality Empirical Data

Holy Cow! I can't believe what I saw and heard on January 6th, 2021. Before we get started, let's take politics out of this post. Full disclosure, I am nonpartisan (I do not support Republicans or Democrats) as I have seen more convenient policies for the uber wealthy and corporate interest than I can stomach. I'm also not interested in changing hearts and minds. I'm more interested in getting people's perspective on the state of our country (union).
What happened on January 6th 2021???  In no time in my life have I ever had a feeling of true awe and disbelief when watching American's take a run at the Capital and wreaking havoc. I am a proponent of protesting for your rights and beliefs, but I have never agreed with violence and destruction. I saw videos and pictures of people fighting police and security as well as destroying offices and the interior of the Capitol building. I couldn't make the connection between the destruction and fighting in supporting the current President and his wish to overturn court decisions on our past election.

I found it interesting that a month ago my 7th grader asked me for help with her social studies/history homework. She was studying Abraham Lincoln and the Civil War. 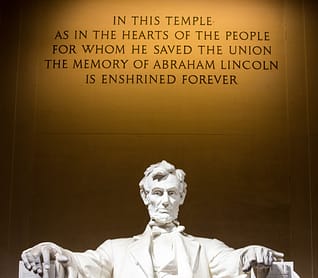 I had to explain to her that he was the President who had to oversee the Civil War. A war that was between Americans on American soil. She asked me why Americans were fighting each other, and I explained that simply put, it was over owning black people (slaves) and their rights to be free citizens of the United States. At first, she really did not understand what I was saying to her. How could you own people? She would ask. I told her that I had the book knowledge of this concept, but I too could not understand how one human being could subjugate another. 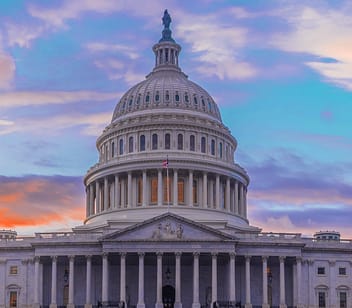 I told her more about Lincoln and how he gave a speech on June 16, 1858, when he addressed the delegates in Springfield, Illinois, for the Republican State Convention. He used the sentence, "A house divided against itself cannot stand."
I further explained that he talked about the lack of respect and support between the two major parties controlling Illinois. She was starting to see the similarities between 1858 and our Congress today.

In God We Trust, Sometimes

Over the past couple of decades, I have seen both parties go after each other with great distrust and aggression. I hear the word God used a lot, but I rarely see those teachings practiced. This bitter divide is seen in our nations Capital as well as on cable news outlets and its pundits, but I have not seen people fighting in the streets for their elected leaders. And just for the record, I have also not seen rallies being conducted in front of the White House either. It is one thing to go from State to State campaigning for your re-election but to stand behind a bullet-proof glass wall and direct your fan base to charge the Capital to change a vote count is beyond what is acceptable in this country.

At What Point Are We All Responsible?

The narrative that we, as a people, should just let a President go off and not be held accountable for his actions is the antithesis of what our Democracy stands for. We all believe in truth and justice, but the President of the U.S. is not held to the same laws? President Clinton was impeached for having an intern commit a sexual act in the oval office. Michelle Obama's vegetable garden and the Let's Move initiative were widely attacked, for informing people about their food and bodies.
What happens if you insight an insurrection on the legislative branch of the U.S. Government? You can not tell me this is a partisan conversation. This is about justice and the rule of law. I don't want any President to be able to do whatever they want, regardless of party affiliation. But I will say this, if the Republicans don't pursue justice with the democrats, then you have your answer on party first and the people last. A house that is divided will not stand.

We Are More Alike Than We Are Different

The past couple of weeks have been a stark reality to all of us. If you thought that our country couldn't be more divided, maybe now you see that it is. If you believe that American citizens are all treated equally, I think you can now understand that we are not.
There is much more work for all of us to do. We have an opportunity like Abraham Lincoln, and Martin Luther King Jr. did for their generations. We as citizens can start to listen to each other and find our common ground. We can start to respect our differences. It is up to us, not the elected officials, to come together and create a more perfect Union. No mandates will help in this endeavor. It will take us, we the people, to make the changes we seek to make real. It doesn't matter how far apart we may feel we all need to understand we are more alike than we are different.

We all want to be heard and respected, no matter our political ideology or circumstances.
In our people, I trust.
Previous
Next

What’s In A Name?

I had no idea