Can you imagine writing a book and getting it published? How about having that book sell over 5 million copies? And, by the way, Oprah Winfrey and Steven Spielberg made a movie out of it in 1985. I'm talking about the life of Pulitzer Prize winner Alice Walker and her book titled The Color Purple.

I was a freshman in college at the time, and I remember all the excitement about Alice's book and upcoming film with Oprah, but it wasn't on my list of movies to see. I was more focused on the Chicago Bears and their run to the Superbowl, to be honest. However, today, I have my attention focused on this writer and her contributions to our society.

The central theme of The Color Purple is about female friendships as a way of building strength to tell stories. That is to say, allowing women to understand and resist oppression and dominance through a communal bond. 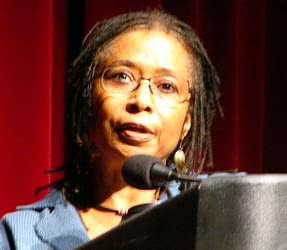 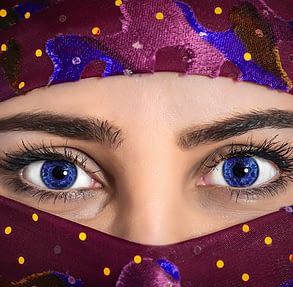 I believe Walker used the color reference in her title to exemplify this theme. Purple, as a color, represents wisdom and spirituality. Its rare and mysterious nature lends itself to the unknown, supernatural, and divine.

Alice Walker was the youngest of eight siblings, and her parents were sharecroppers in Eatonton, Georgia. They were not poor but worked hard for every penny they earned. The Walker's knew the value of education and started their youngest in school at the age of four. Alice adapted quickly to reading and writing and spent a lot of time creating stories for herself.

At the age of eight, Alice sustained a BB gunshot to the eye while she was playing with her older brother. She had permanent blindness in that eye. She would later write about this experience in her essay "Beauty: When the Other Dancer is the Self."

There Will Always be More

As Alice grew, so did her appetite for knowledge. She was named valedictorian of Butler Baker High School. The State of Georgia recognized her achievement and granted her a scholarship to Spelman College, where she studied writing and literature. After two years of study at Spelman, Alice received another scholarship from Sarah Lawrence College in New York. She had followed her mentor, Howard Zinn, from Spelman so she could continue to study under him.

During her senior year, Walker became pregnant and sought an abortion. Through this experience, she overcame suicidal feelings and bouts of depression. She also wrote and created her first collection of poetry called Once.

Alice would take her poetry collection and give them to her other professor and mentor, Muriel Rukeyser, to review. Rukeyser was so impressed that she showed the poems to her agent. Once would be published four years later by Harcourt Brace Jovanovich. Her horrible personal experience would now be the start of Walker's literary career.

Shortly after her graduation, Walker had worked as a Welfare agent for New York City, an administrator for the Legal Defense Fund of the National Association for the Advancement of Colored People in Jackson, Mississippi, and a consultant in black history to the Friends of the Children of Mississippi Head Start program. Alice would return to her roots in writing by taking positions as writer-in-residence at Jackson State University (1968–69) and Tougaloo College (1970–71). Throughout this time, Walker published her first novel, The Third Life of Grange Copeland, in 1970. The story explores the life of Grange Copeland, an abusive, irresponsible sharecropper, husband, and father. A theme she would echo through her literary career.

In 1973 Alice caught the attention of Ms. Magaizine and owner Gloria Steinem. Gloria had co-created an American liberal feminist magazine in 1972 and was in search of a powerful woman to be its editor. Walker was the perfect mix of feminist and talented writer she wanted.

Alice would write articles for the magazine, and in 1975 she published an article, "In Search of Zora Neale Hurston," that helped revive interest in the work of this African-American writer and anthropologist. This article put her in the national spotlight.

In 1982, Alice published her now-famous work, The Color Purple. The novel follows a young, troubled black woman fighting through racist white culture and patriarchal black culture. Most importantly, the book was a bestseller and adapted into a critically acclaimed 1985 movie directed by Steven Spielberg, featuring Oprah Winfrey and Whoopi Goldberg. It also became a Broadway musical in 2005.

As a result of her fame and attention, Alice would continue to write, but her emphasis was on supporting civil rights and the attention of segregation around the world. Moreover, she focused on the plight of Palestine and its war with Isreal. She even went as far as participating in an aid flotilla to Gaza that attempted to break Israel's naval blockade. Her action brought about severe criticism from prominent U.S. Jewish citizens like law professor Alan Dershowitz. However, this would not deter her from supporting those she identified as persecuted.

Walker is no stranger to controversy. She supports David Icke, a writer that speaks to controversial theories like "vibrational" energy and infinite dimensions sharing the same space and time. I have written about Icke and enjoy his thoughts too.  You can read my blog here by clicking this link. As a result, some will focus on one area of her life and not consider the totality of her contributions. I prefer to look at her entire body of work and appreciate all areas of her human experience. Alice is a champion of the people, those who have not found their voice yet.

I contend that we all have the right to have our personal experiences. We get to create the reality in which we want to live. And that we respect each other's choices. We don't have to agree with them, but I believe the world would be a bit more interesting if we would live and let live.

My Color is Blue

What color(s) do you choose? Me? I have always liked the color blue. The color blue represents the sky and the sea and is associated with open spaces, freedom, intuition, imagination, inspiration, and sensitivity. Blue also represents depth, trust, loyalty, sincerity, wisdom, confidence, stability, faith, and intelligence.
Click here and tell me about your color.