As we approach the beginning of the holiday season, I thought I would take a moment and consider our celebrations. For example, I don't know why we celebrate Halloween on October 31. What does Halloween mean? I also don't see why we dress up in costumes and ask our neighbors for candy. Why do we say trick or treat? And, what is with all the ghosts and goblins? And do people use the term goblin these days?

Let's start with the first question, what is Halloween? We can thank the Celts for the creation of this holiday. The Celts inhabited Ireland, the United Kingdom, and Northern France about 2000 years ago. To prepare for the end of the summer season, they celebrated their harvest, called Samhain (pronounced sow-in), on October 31. On this date, the belief was that the living and the dead could be in the same dimension together. 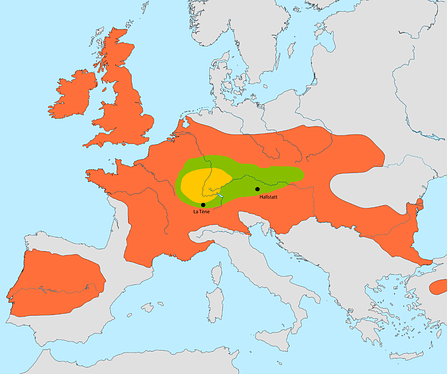 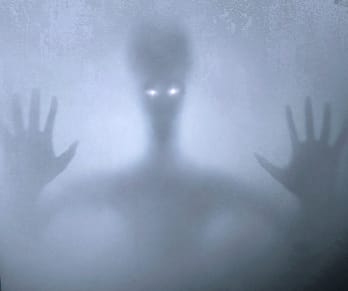 In addition to causing mayhem and damaging crops, Celts thought that the presence of the spirits made it easier for the Celtic priests to communicate with them and make predictions. The telling of the future was a forecast to the village for the new year.

The celebration included sacred bonfires, where the people gathered to burn crops and animals as sacrifices to the Celtic deities. They also dressed in costumes and danced around the fire. The idea was so when the spirits came back on the eve of the festival, the spirits would not think they were humans and communicate with them. People would also be encouraged to do fortune-telling and send their prayers for a safe winter.

Rome Wasn't Built in a Day

The Roman empire would soon claim this land, and over 400 years, incorporate their festivals with the Celts.

For example, on May 13, 609 A.D., Pope Boniface IV honored all Christian martyrs with the Catholic feast of All Martyrs Day. Pope Gregory III later expanded the festival to include all saints and moved the observance from May 13 to November 1.

By the 9th Century, Christianity was spreading throughout Celtic land, and the Church was eager to replace Druid traditions with church-sanctioned holidays. The Church made November 2 All Souls Day a day to honor the dead.

All Souls Day celebrations were similar to Samhain, with big bonfires, parades, and people in costumes like saints, angels, and devils. The day was also called All-hallows or All-hallowmas (from Middle English Alholowmesse meaning All Saints Day). As the night of Samhain in the Celtic religion began to be called All-Hallows Eve and, eventually, Halloween.

The Irish are Coming

The traditions of the Europeans quickly came over as the colonies of the United States began to fill with ethnic groups from around the world. Fast forward to the 19th century, annual autumn festivities were common, but Halloween was not yet celebrated everywhere in the country. The millions of Irish fleeing the Irish Potato Famine helped to popularize the celebration of Halloween nationally. Celebrations would spread from the East Coast to the West. Accepting European traditions, Americans began to dress up in costumes and go house to house asking for food or money, a practice that eventually became today’s “trick-or-treat” tradition. Give a treat, and you won't be the victim of a trick.

By the 1920s and 1930s, Halloween had become a secular but community-centered holiday, with parades and town-wide Halloween parties for the featured entertainment. These large groups would lend themselves to some vandalism. The communities and the schools would work hand in hand to eradicate this behavior.

By the 1950s, this type of activity subsided, and the holiday turned away from adults and focused on children. The baby boomer explosion added to the number of young families looking to engage in community activities. The civic events could no longer support the families, so the celebrations were centered in the classrooms and homes.

With all the new homes built for young families, trick-or-treating was a relatively inexpensive way for an entire community to share the Halloween celebration. Even the older generation could enjoy the children's costumes and ruddy faces while sharing candy with them.

This new activity did not go unnoticed by the local and national businesses. Five and dime stores were selling every costume and pumpkin candy bucket they could get their hands on. National candy companies make a third of their income in one day. Today it is estimated that Americans spend $6 billion annually on Halloween. That makes it the country’s second-largest commercial holiday after Christmas.

So now I know why we celebrate Halloween. It is the end of the summer and our harvest season. It is a time to give thanks and communicate with our departed loved ones. Dressing in costumes makes it easier for the spirits to interact with us. In the 19th century, we left Druid mysticism to follow the Church's direction of praising Saints. Commercialism in the 1950s introduces prepackaged costumes, food, and party favors. Now I know why Costco has Halloween promptly displayed in August.

As I review the history of the Celtic people and the Roman Church, I see the connection to the Halloween our kids celebrate today. All of our traditions and holidays are all influenced by many different cultures and ideologies. We may have lost the meaning over time but not the spirit of the season. In a science-based world, we still connect with the mystical. Why is this? In my opinion, the unknown helps us grasp the idea that there is more to this reality than we have been led to believe. If you need further proof of this just look into the eyes of a child this Halloween, and you will see all that is possible. For that, I am grateful.

On this Halloween, I'm going to practice my gratitude, connect with the higher energy available to me, and own what I know to be true. All things work out for me (and you).

Have a safe and happy Halloween!

Why that Relationship You Have isn’t Working for You