The Beginning of Something Big

The soundtrack of Jaws was almost as terrifying as the movie itself. Where were you when you first saw the Steven Spielberg classic? Jaws, the movie was released on my wife's 9th birthday, June 20, 1975. Meanwhile, I was only nine years old too, but I remember my parents taking me and my older brother to the theater and saying, don't close your eyes, or you'll miss the good parts. I didn't close my eyes and came away wide-eyed and excited about the movie and sharks. It was my first summer blockbuster experience, and I was hooked.

The man responsible for the movie was a writer with very little experience, by the name of Peter Benchley. He was a graduate of Harvard but was an unconventional alumnus. As a result, Peter was an adventurer, and after graduating college in 1961, he traveled the world for the better part of a year. He ended up writing his first book, Time and a Ticket, published by Houghton Mifflin in 1964. The book however didn't make his career, and he ended up reporting for The Washington Post. 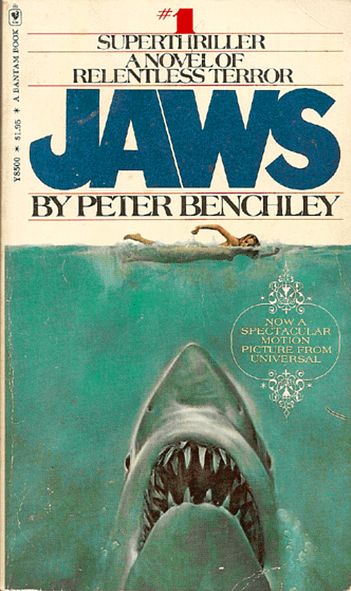 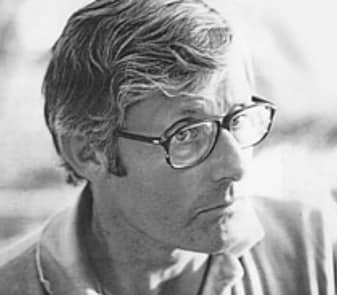 In a few years, Benchley was in New York, working as a television editor for Newsweek.  In 1967 he became a speechwriter in the White House for President Lyndon B. Johnson. After the Johnson administration ended, he moved back to New Jersey in 1970 and focused on writing novels.

He was even quoted as saying, "I'm making one final attempt to stay alive as a writer".

His luck and perseverance landed him an opportunity to pitch two of his book ideas. The first was a non-fiction book about pirates and a novel describing a man-eating shark terrorizing a community. The shark idea had been with Benchley since he had read a news report of a fisherman catching a 4,550 pound (2,060 kg) great white shark off the coast of Long Island in 1964.

An editor from Doubleday named Thomas Congdon heard the pitch from Peter and offered him an advance of $1,000, leading to the novelist submitting the first 100 pages. Much to Peter's surprise, the publisher was not happy with the initial tone of the book. Benchley worked hard to re-write the novel and create more of a personalized experience for the characters.

Jaws was published in 1974 and became a great success, staying on the bestseller list for 44 weeks. I remember seeing the cover of the book at my house way before the movie came out. It intrigued my 7-year-old self with the picture of a massive shark coming up to eat a female swimmer.

The book had generated so much buzz that movie studios were lining up to purchase the movie rights. Universal Studios ended up winning the battle and signed a young and relatively unknown director, Steven Spielberg, to direct the movie. The studio also had Benchley, and co-writer Carl Gottlieb write the screenplay. One of the first things they did was enlist the help of Academy Award Nominee screenwriter  John Milius, who provided the first draft of the monologue about the USS Indianapolis. Universal did something no studio had ever done before, they released the movie in the summer season. This timeslot was always considered to be the graveyard season for films. However, Universal again did something no other studios had done before, they committed to an extensive promotional budget for radio and television advertising.

The film eventually grossed over $470 million worldwide ($2,373,552,416 today).  George Lucas decided he'd use the same approach in 1977 for his new film Star Wars, which broke the box office records set by Jaws.  The summer blockbuster was born.

I Had No Idea

Benchley would earn millions of dollars from Jaws, and he continued to write new books like The Deep and The Island, but they never met the same commercial success as Jaws.

Another interesting impact of the book and movie was how people reacted to sharks. Benchley became emotionally impacted by the cruelty people showed towards these sea creatures. He felt he encouraged excessive fear and unnecessary culls of such an important predator in the ocean ecosystems, and he became an advocate for marine conservation. He even wrote non-fiction works about the sea and sharks, advocating their conservation. His book entitled Shark Trouble, illustrated how hype and news sensationalism help undermine the public's need to understand marine ecosystems and the potential negative consequences as humans interact with them. Sound familiar?

Since sharks support healthy seagrass meadows by preventing overgrazing, sharks play an important role in the carbon cycle. Seagrasses absorb vast amounts of carbon and store it in the plants themselves and in the sediment, preventing greenhouse gases from warming the atmosphere.

For example, sharks store a lot of carbon in their own bodies, too—a study showed that by depleting populations of large animals in the ocean, such as whales and sharks, we have reduced the ocean’s capacity to store carbon by millions of tons. And that means more carbon in the atmosphere, accelerating global warming.

I Just Want to Write

Above all else, I look at a man who could have followed the rank and file out of Harvard to a safe and financially secure future. Instead, he takes the road less traveled and creates an amazing book, movie, and an entirely new genre known as the summer blockbuster. He did this not because it was the sure road to success, but because he wanted to be a writer.

Benchley had no fear of what others thought of him.  I find this to be an interesting trend among the men and women I write about on a weekly basis.

What is Your Passion?

Follow your highest passion and see what you can create.