Planting Trees for Others

Have you ever heard of the phrase, life imitating art? In his 1889 essay The Decay of Lying, Oscar Wilde put forward that "Life imitates Art far more than Art imitates Life." For example, if you have Apple+, you can access a series called, For All Mankind. The show tells a story of an alternate reality of the moon landing in 1969. As a result, the Russians are the first to land on the moon, and the Americans are playing catch up.

Furthermore, both countries are in a race to settle the moon as a colony for their country. But wait, there is more. Mars is the focus of this show. The moon is a staging point to prepare for landing and colonizing Mars. Consequently, the series just finished its third season, but I know there will be a fourth. No spoiler alert here, just an obvious conclusion.

So, what does this have to do with life imitating art? NASA announced that it would return to the moon for scientific discovery, economic benefits, and inspiration for a new generation of explorers: the Artemis Generation. 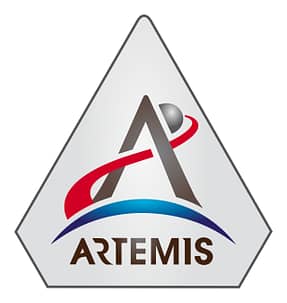 For All Human Kind 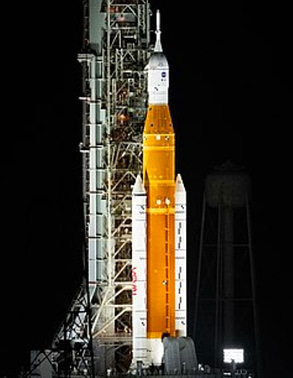 While maintaining American leadership in exploration, they will build a global alliance and explore deep space for the benefit of all. That is to say, the Artemis mission is a reflection of the Apple+ show, less the drama.

The mission's name is Artemis: the daughter of Zeus and Leto and the twin sister of Apollo. She is the goddess of hunting, wilderness, nature, and childbirth. Artemis is also heavily identified with Selene, the goddess and the personification of the moon. As you can see, NASA has put a lot of thought into naming this mission.

NASA plans to land the first woman and first person of color on the moon, using innovative technologies to explore more of the lunar surface than ever before. Furthermore, they will collaborate with commercial and international partners to establish the first long-term presence on the moon. Then, they will use what they learn on and around the moon to take the next giant leap: sending the first astronauts to Mars.

The plan is to build an Artemis Base Camp on the surface and the Gateway in lunar orbit. These elements will allow robots and astronauts to explore more and conduct more science than ever. Above all, the hope is to learn more about who we are and where we came from. Please think of the moon's surface as a library and the rocks and ice on it as books. We can use them to reveal how the solar system has evolved. The information can help us gain insight into what was happening here on Earth when life established a foothold in the solar system.

Apollo 17 was the last crewed landing on the Moon fifty years ago. The final Apollo mission's record for the longest crewed deep space flight remains 12.5 days.

Through the Artemis program, which aims to land humans at the unexplored lunar south pole and eventually on Mars, astronauts will go on long-duration deep space missions that test all of the bounds of exploration. In other words, it will be the best place to train for the long-distance exploration planned for the next 20 years.

Ultimately they are going to learn how to use the resources on the moon to be able to build things in the future. Not as risky as being a quarter of a million miles away or even just a three-day journey. Imagine being millions of miles away on months or years-long trips and not knowing how to repair or produce a needed replacement part. Mars or deep space is not where you want to test new equipment for the first time.

Nasa has developed a three-phased approach to prepare for the next twenty years of space exploration. The missions are called Artemis I, II & III.

Artemis I mission will launch in September of 2022. It is an uncrewed flight test of the Space Launch System (SLS) and the Orion spacecraft around the moon. The mission aims to ensure a safe crew module entry, descent, splashdown, and recovery. In addition to sending Orion on its journey around the Moon, SLS will carry ten small satellites performing science and technology investigations. Thus, providing a foundation for human deep space exploration and demonstrating our commitment and capability to extend human existence to the moon and beyond before the first flight with crew on Artemis II.

Artemis II will be the first crewed flight test of the SLS and the Orion spacecraft around the moon. On their first flight aboard NASA's Orion spacecraft, astronauts will travel farther into the solar system than humanity has ever traveled before. Their mission will be to confirm all of the spacecraft's systems operate as designed with crew aboard in the actual environment of deep space. It will be NASA's first mission with a crew and will pave the way to land the first woman and next man on the Moon on Artemis III.

Planning is underway for a regular cadence of Artemis missions with crew on and around the moon. The Artemis III, slated for late 2025, will land the first woman and the next man at the moon's south pole, where permanently shadowed regions may harbor ice and other resources that could sustain astronauts during long moonwalks. The Artemis program involves establishing a sustained human presence on the moon and putting an orbiting lunar outpost called the Gateway in place. Think of it as an airport for solar travel.

In summary, living and working on the lunar surface allows us to learn to get the most science and know how to help us live on Mars. During the Apollo mission, we did incredible science at the equator. This time, we're going to the moon's South Pole and learn even more. What do you think we'll discover? Or have we already been there?