Why that Relationship You Have isn’t Working for You

What Can I Do?

Do you know how an uneducated woman, two-time widower, and divorcee, can become a teacher of quantum physics? Create a church? And build a publication empire during the late 1800s?  Read on, and I'll tell you.

If you ever contemplate your existence and say, what can one person do to change the world, I have someone you can look to. Her name is Mary Baker Eddy, and she was born July 16, 1821, as the last of six children. She was loved by her parents and added by her siblings in her young development.

Mary experienced near invalidism as a child, and most of her life, she was spent in diligent research for a remedy from almost constant suffering.  Eddy writes in her autobiography, "From my very childhood I was impelled by a hunger and thirst after divine 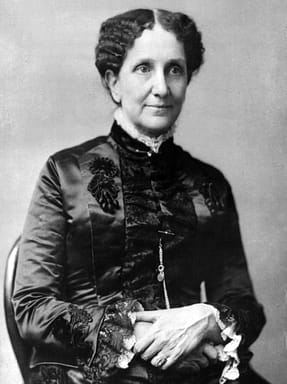 things, - a desire for something higher and better than matter, and apart from it, - to seek diligently for the knowledge of God as the one great and ever-present relief from human woe." 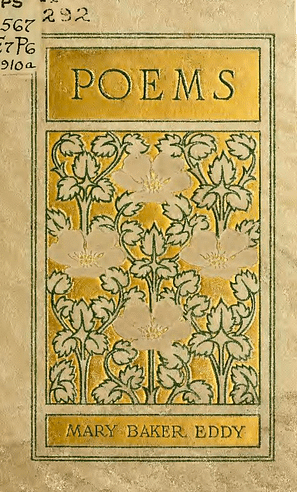 She knew at a young age that scientific guessing was not going to heal her. Mary had sought knowledge from different schools - allopathy, homeopathy, hydropathy, electricity - but still no satisfaction. Her path was not an easy one, but she would ultimately find her truth.  Mary's father thought her brain was too large for her body and kept her out of school, but she gained book knowledge with far less trouble than her siblings.

At ten years of age, she was as familiar with grammar as with the religion she grew up with. Her favorite studies were natural philosophy, logic, and moral science. Her brother Albert, would teach her, Hebrew, Greek, and Latin.

As Mary grew older, she objected strongly to the idea of predestination and eternal damnation that it made her ill.

At age 20, Mary would marry her first husband, George Washington Glover. Unfortunately, he would die after six months of marriage. Her husband's death, the journey back home, and the birth of her first son George left her physically and mentally exhausted.  She ended up bedridden for months.

When she was well enough to work, she wrote articles for the New Hampshire Patriot and various Odd Fellows and Masonic publications. She also worked as a substitute teacher and ran her own kindergarten for a few months in 1846.  Mary reportedly refused to use corporal punishment to behave children.

In 1849 she lost her mother and her new fiance within three weeks. She was devastated. Eddy had to give her four-year-old son, George, to a family nurse during this time. Women in the United States during this period could not be their own children's guardians. When their husbands died, they were in a legally vulnerable position.

Mary was devastated by the idea of separating from her son.  The  night before her child was taken from her, She knelt by his side hoping for a vision. However, nothing so grand would come to pass.

Several years later, Mary remarried again in 1853, and Her second husband, Daniel Patterson.  He said that he would become George's legal guardian but did not follow up with his promise.  Mary lost contact with her son. The family that looked after him, the Cheneys, moved to Minnesota. Several years later he enlisted in the Union army during the Civil War. She would not see him again until he was in his thirties.

I Will Always Find You

The Cheneys had informed their adopted son George that his mother Mary had died.  They were now his legal family. Mary, on the other hand, was told that her son was lost in the Far West.  A term used for States like Minnesota at the time.
Mary had never stopped searching for her son but was unsuccessful. As if by divine providence, Geroge had learned that his mother was alive, and went to see her in Massachusetts. George was 34, married, and had two children.

Mary's health was always a concern, and as the years past her second husband was willing to try anything to help her. Traditional medicine was not working, so he reached out to mesmerist (healing by what we call reiki, invisible energy) Phineas Parkhurst Quimby, who reportedly cured people without medicine. After a few visits, her health improved considerably.

Even though Mary's health started to deteriorate again, she held to the truth of Quimby's healing method. She would continue to learn and discuss mesmerism with the good doctor, but she attached religious significance to it. She connected the idea of healing through Christ's touch to this invisible energy.

As fate would have it, Mary would take diligent notes and write the "Quimby manuscripts" that were published later and attributed to him. After Quimby's death in January of 1866, rivals and enemies of this new healing modality found that twisting Quimby's information against Mary would discredit her. They stated that she stole Quimby's philosophy of healing, and failed to acknowledge him as the spiritual father of Christian Science. The group of accusors feared Mary's information and the increasingly influential religious movement she had started.

During this time, Mary had left her second husband and turned her attention to her version of spiritualism. She had used her understanding of Quimby's energy healing and applied her religious background to open her healing practice to the public. This practice would later be known as Christian Science.

On January 1, 1877, she married Asa Gilbert Eddy, becoming Mary Baker Eddy in a small unitarian ceremony. Four years later, Mary Baker Eddy started the Massachusetts Metaphysical College with a charter from the state, which allowed her to grant degrees. A year later, the Eddys moved to Boston, and Gilbert Eddy died that year.

Many believe that Mary was influenced by Hindu or Eastern Religions like the discipline Vedanta philosophy (knowledge and liberation).

Mary Baker Eddy believed, like the Vedantins, that matter and suffering were unreal and that a full realization of this fact was essential for relief from ills and pains.

Eddy would spend the rest of her days establishing her church, writing its bylaws, The Manual of The Mother Church, and revising Science and Health. In 1879 she and her students established the Church of Christ, Scientist, to reinstate primitive Christianity and the lost element of healing.

In 1881, she founded the Massachusetts Metaphysical College, where she taught approximately 800 students between the years 1882 and 1889 when she closed it.

Mary's books can be purchased worldwide in more than 1,200 Christian Science Reading Rooms today. In 1894 The First Church of Christ, Scientist was completed in Boston, known as The Mother Church. She served as pastor, and in 1895 she ordained the Bible and Science and Health as the pastor.

Do You Want to Believe?

Mary Baker Eddy died on December 3, 1910, in her home.  The Boston Globe wrote, "She did a wonderful—an extraordinary work in the world, and there is no doubt that she was a powerful influence for good."

In my opinion, she did more than influence good. She opened people up to the possibility that they could heal themselves. Knowledge and liberation are the keys to understanding that matter and suffering are unreal and that a full realization of this fact was essential for relief from ills and pains.

No matter your Race or Creed, the universal fact is that energy is always present. It is up to you how you interpret and use this information.