Yes, Virginia, There is a Hallmark Christmas Santa

Why is Tesla so Important to Us?

Can you name a city that has 20-ton stones anchoring its foundation as well as being in perfect symmetry? Here is another clue. It has over 600 terraces designed so efficiently that they are used as mini-farms to produce food? A half-mile-long water system also takes the run-off from the nearby mountain and provides drinking and irrigation water. The architecture of this city was designed to capture the sun as it moves across the sky to allow its inhabitants interior light throughout the day. It even has an astronomical observatory that gives precise views of celestial bodies. And one last thing, it is 7,000 ft high.
What city am I referring to? It is the city of Machu Picchu, located in the Peruvian Andes.

Machu Picchu is a 15th-century Inca fortress located in the Eastern Cordillera of southern Peru, on a 7,970 ft mountain ridge. It was discovered in 1911 by an amateur archeologist, Hiram Bingham (later to become a member of the United States Senate). 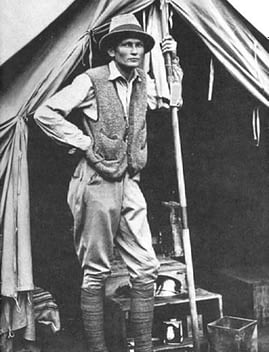 Find What You're Looking For? 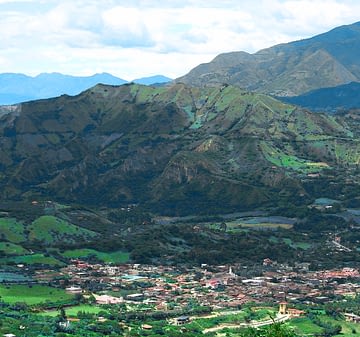 It is interesting to note that this novice archeologist was originally searching for the last capital of the Incas (Vilcabamba). He instead found one of the most fascinating and controversial sites in our collective history, the Lost City.

Are You The One?

Incas were at one time the most powerful civilization in South America. Their reign of control stretched from Columbia to Chili, a combined area far greater than the Aztecs controlled during the same period.

The Incan people were lead by Pachacuti Inca Yupanqui. In Quechua, Pachacuti means "earth-shaker", and Yupanki means "with honor." He was able to propel his people from a small village tribe to an empire that ruled South America. Much like Hiram Bingham, Pachacuti was not the heir apparent to lead his people. His older brother, Urco, was the first in line to succeed his father as ruler. The only problem was that Urco had not possed the intelligence nor the skills Pachacuti did.

As legend has it, Pachacuti took on the challenge to defend the Incas from an attack by the army of Chanka while his father and his brother fled the manor. The victory over the Chankas made his father, Viracocha, recognize him as his successor.

Build It and They Will Come

As the ruler of the Incas, Pachacuti was renowned for his large construction projects. He directed the building of new cities, monuments, and roads (some 14K miles). His vision was to enable his people to expand throughout South America and live comfortably. They were such exceptional engineers that they would craft and build with massive stones (unmovable by today's machines) and never use mortar. The precision of their buildings is so precise that even today, you could not fit a knife through the joints between the stones. To this day, no one can accurately tell you how these stones were moved, carved, or even how they are still undisturbed after all of these centuries.

Machu Picchu isn’t just an archaeological wonder: It’s also an architectural masterpiece. The site has more than 200 buildings, neatly subdivided into urban and agricultural sectors with an upper town and a lower town. There are no better examples of Pachacutis planning and construction capabilities than in Peru.

A Wonder of The World

An excellent example of Incan architecture and its relation to cosmology is the Temple of the Sun. The structure's most striking feature is the Torreón (“tower” or “turret”), with its semicircular outer wall — a rarity in Inca construction. The windows around the building are perfectly aligned to capture the sun during the summer and winter solstices.
Incan tradition states that they used the Temple of the Sun to pay tribute to the sun, including Viracocha, the creator god. Viracocha was the Inca god of the sun and storms who created the universe and all within it, including the sun, moon, and people.

The Inca culture, like many others, was deeply connected to the study of our solar system and the universe. We know that the relationship the sun has with the earth is powerful and affects us in many different ways. The Incas knew this and skillfully navigated their society in tandem with the stars. It is all evident in the style of architecture on display in Machu Picchu.

No One Lives There

Why was Machu Picchu abandone? What happened to the technology that built it? And what can we learn from it? I will attempt to answer these questions, but I want to remind you that this and many similar places around the world, exist to remind you that anything is possible.

There are many schools of thought regarding why Machu Picchu had been abandoned. The main one was it was not intended to be a place to live long term. It was a retreat area for religious ceremonies for Pachacuti and his inner court. Other's believed that it was too isolated and difficult to live at 7,000 ft. elevation for long periods.

Based on the history of the Spanish conquest of the Incan Empire, I contend that the Spanish conquistador Pizarro discovered the city in the late 1500s. And whatever value was hidden in Machu Picchu was taken back to Spain, and the rest was destroyed, either through ignorance or punishment. The location became uninhabitable. Conquering nations knew that when you destroyed the evidence of a culture or religion, you would end the idea that it existed.

How'd You Do That?

Here is something to consider. The Incas never used a writing system to capture their records or communication. They used the quipu (khipu) system. This method was employed by the Incas and other ancient Andean cultures to keep records and communicate information using string and knots. This simple and highly portable device achieved a surprising degree of precision and flexibility. Quipu could record dates, statistics, accounts, and even abstract ideas.

What if the math and science behind cutting rock with great precision and monumental building techniques were lost by the destruction of the specific quipu needed? It stands to reason that if that advanced knowledge got out to other civilizations, it could be more difficult for warring forces to take over those populations.

What Did I Miss?

When Hiram Bingham was hiking the Andes, he almost missed one of the greatest man-made structures of the world. He said Machu Picchu had so much overgrowth from vegetation that it was practically indistinguishable from the rest of the mountain. I would consider that to be a metaphor for how we mostly go through our lives. For the most part, you have to go beyond what you see and look at the detail in front of you in order to see what is really there. The evidence is in front of you every moment of every day.

Each Friday, I give you researched evidence of some unbelievable people or events in our history. For example, my blog on Fibonacci.  He created the math we use to this day but needed the basic principles of numbers from the Hindu–Arabic numeral system that has already existed for centuries. Or the blog when I wrote about real UFOs chased by our U.S. Naval fighter pilots over the coast of Jacksonville, Florida, in 2015. These are just some of the stories you may have missed but existed despite your awareness.

Machu Picchu is another example of what exists and is often overlooked, nonetheless, it is here for you to contemplate. My point is, we are surrounded by miracles every day, and we can either choose to ignore them, discount them, or embrace them. I choose to embrace them as a message of what we humans have accomplished and what we can achieve. Let us take these inspirations and use them to create the world we want.