You Don't Know Me

What does a young Southern man born five years after the civil war have to do with the military-industrial complex? And how does he know the stock market crash of 1929 is coming two years earlier? I'll answer these and other questions in the coming paragraphs.

First, let's get to know who this man is. His name was Bernard Baruch, and he is one of the richest men you've never heard of, and he wanted it that way.
Bernard was born to a Jewish family on August 19, 1870, in Camden, South Carolina. His father was a physician, and his mother was a prominent member of the South Carolina society. But don't be mislead Bernard's father came from humble means and learned to be a doctor while serving in the confederate army. He was the assistant surgeon of the 3rd South Carolina Battalion on April 4, 1862.

Shortly after the Civil war, Baruch's father moved the family to New York, where Bernard and his brothers could attend local schools.
Bernard would receive his bachelor's degree from City College of New York and start his career on Wall Street. 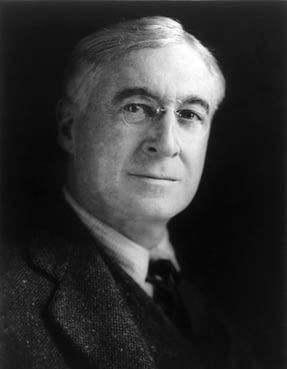 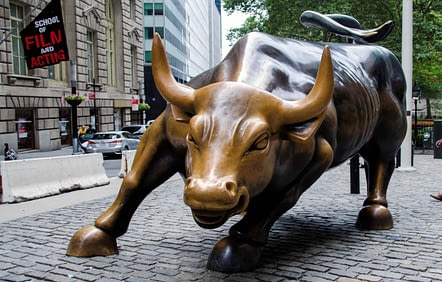 There he amassed a fortune before he turned 30 by profiting from speculation in the burgeoning sugar market.

In 1903 Bernard founded the Intercontinental Rubber Company (IRC) of New York, which dominated the guayule rubber market in the U.S. with holdings in Mexico. Check out the names of his partners in the enterprise; Senator Nelson Aldrich, Daniel Guggenheim, John D. Rockefeller, Jr., and George Foster Peabody. Look back at my blog and refer to the section "Can you help a brother out?"

I'd like to further illustrate the connections these men had with the U.S. government. I'll share this piece of data from the IRC's public records. In 1942 the IRC sold a large part of their guayule producing land and equipment in California to the Department of Agriculture (DoA) 7 U.S.C. for $2 Million ($33.4M today).

The DoA then sold that land to the Reconstruction Finance Corporation (RFC).  A government corporation administered by the United States Federal Government that provided financial support to state and local governments and made loans to banks, railroads, mortgage associations, and other businesses. The sale amount was undisclosed, but you can see that Baruch and his partners made millions selling their land that produced guayule shrubs.

Side note: The RFC could finance projects without Congress approving them, and these loans would not be included in budget expenditures. Remember this point.

Don't Bet, If You Don't Want to Lose

In addition to his rubber business, Baruch had also owned an exclusive brokerage firm.  He soon gained the reputation of "The Lone Wolf of Wall Street" because he refused to join any financial house. In less than seven years, he had become one of Wall Street's best-known financiers.

Even though Baruch made millions in the Bull market stocks of the 20's he would publicly state that he didn't have faith in the markets. He would start shorting stocks (betting that the stocks he'd sell will drop in price) during 1927 and 28. Ultimately, the stock market crashed on October 24, 1929. Baruch had avoided a loss and even warned his good friend, American humorist, Will Rodgers to get out of the market.

Now, this may seem like another example of a well-read businessman reading the tea leaves correctly and knowing the stock market was overvalued and ready to bust. However, I neglected to tell you that in 1916 (13 years earlier) Bernard was asked by President Woodrow Wilson to act as his advisor on national defense and terms of peace during WWI. Baruch would serve on the WWI Advisory Commission to the Council of National Defense and, in January 1918, and became the chairman of the new War Industries Board.

What is the War Industries Board, you may ask? The War Industries Board (WIB) was a United States government agency established on July 28, 1917, during World War I, to coordinate the purchase of war supplies between the War Department (Department of the Army) and the Navy Department. Before 1947, the United States Department of Defense (The Pentagon) did not exist. The new Board was designed to speed up the process of purchasing goods and services for the Army and Navy. The plan, however, dismantled the oversight and fail-safe triggers that controlled conflict of interest or corrupt business practices.  (See IRC above)

Let's tie the pieces together, shall we? Bernard becomes a Millionaire (Billionaire in 2021 dollars) and creates a company in 1903 that controls rubber production and distribution throughout Mexico and the U.S. with the help of his co-owners, Senator Nelson Aldrich, Daniel Guggenheim, John D. Rockefeller, Jr., and George Foster Peabody. All men are part of the established elite by their fathers or hold titles in the U.S. Government.

Another fun fact is that the Intercontinental Rubber Company (IRC) merged with Texas Instruments Incorporated (Ti) in October 1953. Ti was originally a Geophysical Service that manufactured equipment for use in the seismic industry, as well as offering defense electronics. They would create the first commercial silicon transistor a year after the merger with IRC in 1954. The silicon transistor was the precursor to Ti developing the world's first integrated circuit in 1958. The integrated circuit is what powers every computer or phone in the world today.

Are you still with me? I haven't gotten to WWII yet, but this is where a stockbroker turns millionaire, turns rubber plant manufacturer, turns presidential advisor (3 Presidents), turns director of the military's personal purchasing agent, and owns a company that starts the computer revolution.  Baruch is a man on a mission, and I think you're starting to see why.

I bet if you look at the people who are partners with Baruch in his rubber Co. you'll see none of them suffered a loss in the 1929 stock market crash either. All this is just my speculation at this point, however doing some quick research, I see that John Paul Getty purchased his Tide Water shares shortly after the crash for $2.12, and five years later, they were worth more than $20 a share. For those of us keeping score, John D. Rockefeller owned Tide Water at the time.  Another example was Joe Kennedy, yes the father of John F. Kennedy.  When the market crashed in 1929, Joe Kennedy completely avoided it. He sold everything days before markets plummeted. Then, he took his money and bought assets at the lows several months later, increasing his wealth by more than 10X.

Contrary to popular belief, Joe Kennedy did not go right into politics in his early years. He actually started on Wall Street.  I wonder if he knew Bernard?

How Much Does That Cost?

As the 1920s turned into the 30s, Bernard kept his relationships with Washington's elite.  He publicly supported Eleanor Roosevelt's controversial initiative to build a resettlement community for unemployed mining families in Arthurdale, West Virginia. The sponsorship enabled him to develop close relationships with Franklin D. Roosevelt (current president of the U.S.) and England's Prime Minister, Winston Churchill. What was Baruch's message? He wanted a more powerful version of the War Industries Board, which he saw as the only way to ensure maximum coordination between civilian business and military needs.

Can you guess what happened next? When the United States eventually entered World War II, President Roosevelt appointed Baruch as a special adviser to the director of the Office of War Mobilization. In translation, Baruch advocated the creation of a permanent superagency which would later be called the Pentagon. A single office that has the legal right to coordinate purchases between government and civilian businesses.  Later it would become known as the Military-Industrial Complex.  Remember that the IRC had no congressional oversight, well I'm about to explain to you how the pentagon seems to have the same independence.

You Gotta See This

Want proof of the size and scope this new group covered during the 30s and 40s? Throughout World War II, arms production in the United States went from one percent of the annual GDP to 40 percent of the GDP. Various American companies, such as Boeing, Ford, Raytheon, Lockheed Martin, Northrop Grumman, and General Motors, maintained and expanded their defense divisions.

Here is some additional proof reported over the years: In 2001, the day before 9/11, Donald Rumsfeld (secretary of defense) disclosed that his department could not account for roughly $2.3 trillion worth of transactions (start the video at 9:50 & 14:17). The next day, the U.S. sustained the terrorist attacks that ushered in another war, and this startling revelation was quickly forgotten.

In 2015 another audit took place from the office of the Inspector General. The increase was now up to $6.5 trillion—and that was just for the army. Using public data from federal databases, Mark Skidmore, a professor of economics at Michigan State University, found that $21 trillion in unsupported adjustments (waived the missing dollars) had been reported by the Defense and Housing and Urban Development departments between 1998 and 2015. That’s about $65,000 for every American.

Finally, in 1946 President Harry S. Truman appointed Baruch as the United States representative to the United Nations Atomic Energy Commission (UNAEC). On Friday, June 14, 1946, Baruch presented his Baruch Plan, a modified version of the Acheson–Lilienthal plan, to the UNAEC.

The plan was to establish the U.S. as the only international control of the then-new atomic energy. The plan was immediately rejected by The Soviet Union. In 1947 Baruch resigned from the commission. His influence began to wane as he grew further out of step with the views of the Truman administration.

I urge you to watch this video: beware the military-industrial complex to better understand the divide between Truman and the thoughts of Baruch.

As you can see, Bernard Baruch did some incredible things during his lifetime. He created massive wealth and businesses that would stager the mind. Bernard was the original creator of the Billionaire advisor to American Presidents and was a major political force who had a hand in developing the Pentagon. Yet until today, I had never heard of him.
If you have learned anything today, it is all circumstances, good or bad, start somewhere and for some reason. What may seem like the truth today may have started as a lie or mistruth yesterday. I urge you to keep looking at the connections between today's elite and their relationships to billionaires of the past. I think you'll be surprised at the connections they have.

A bit of free advice, don't get mad, get curious. You'll never know what you can create when your mind isn't clouded.