Father, can You Hear me?

At one point in Einstein's career, he visited the University of Cambridge. While there, his host said he had done great things because he stood on Newton's shoulders; Einstein replied: "No, I don't. I stand on the shoulders of Maxwell."

Today I will introduce you to the father of unified physics. His name was James Clark Maxwell, and he lived during the mid-1800s. Maxwell was a Scottish mathematician and scientist responsible for the classical theory of electromagnetic radiation. Furthermore, James was the first to describe electricity, magnetism, and light as different manifestations of the same phenomenon. As a result, the scientific community stated that Maxwell's equations for electromagnetism are the "second great unification in physics." The first goes to Isaac Newton.

So, how does a man I have never heard of become the inspiration for Einstein and rank second to physic's genius Isaac Newton? Simple, he was a curious boy who channeled his inquisitive nature toward learning and discovery. 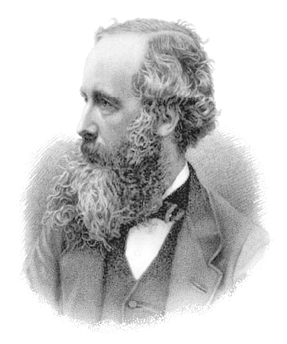 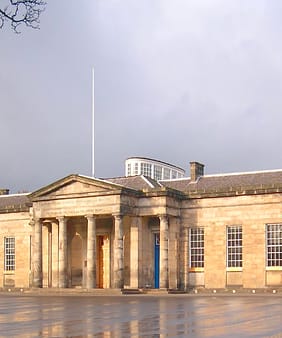 James' life was one of comfort (wealth), but it was not easy. He lost his mother at age eight to stomach cancer. After unsuccessful tutoring, he attended the prestigious Edinburgh Academy.

He would struggle a bit. That is to say, James was a bit awkward and was made fun of at school. As a result of his clothing choices and inability to socially connect with other kids, he was called Daftie (dull or unrefined). However, this would not deter Maxwell, and he focused more on his studies. At 13, he won the school's mathematical medal and first prize for English and poetry.

Moreover, at 14, Maxwell wrote his first scientific paper. The paper described a mechanical means of drawing mathematical curves with a piece of twine, and the properties of ellipses, Cartesian ovals, and related curves with more than two foci (focal points). The work was not entirely original since René Descartes had also examined the properties of such multifocal ellipses in the 17th century, but Maxwell took their construction and simplified it.

Meanwhile, James graduated at 16 and chose the University of Edinburgh over the University of Cambridge. Maxwell knew that Edinburgh had some highly regarded teachers, including Sir William Hamilton, who lectured him on logic and metaphysics, Philip Kelland on mathematics, and James Forbes on natural philosophy. He knew these men could help him expand beyond math and support his curiosity about the world around him.

Maxwell wrote two papers for the Transactions of the Royal Society of Edinburgh two years later. One of these, "On the Equilibrium of Elastic Solids," laid the foundation for an important discovery later in his life. His other paper was "Rolling Curves," and he was too young to present it himself, just as with the paper "Oval Curves" that he had written at the Edinburgh Academy. The paper was delivered to the Royal Society by his tutor Kelland instead.

If it's not Scottish, It's Crap

By 1850, Maxwell left Scotland for the University of Cambridge and attended Trinity, where he joined the elite secret society known as the Cambridge Apostles. He was already an accomplished mathematician, but he wanted to learn under William Hopkins, whose success in nurturing mathematical genius had earned him the nickname "senior wrangler-maker." Consequently, James scored second highest in the final examination, coming behind Edward Routh and earning himself the title of Second Wrangler.

Immediately following his graduation, Maxwell read his paper "On the Transformation of Surfaces by Bending" to the Cambridge Philosophical Society. To clarify, this is one of the few purely mathematical papers he had written, further demonstrating his growing stature as a mathematician. James was granted a fellowship within a year and asked to prepare lectures on hydrostatics and optics and to set examination papers. A year later, he applied for the newly vacant Chair of Natural Philosophy at Marischal College, Aberdeen. He was awarded the Chair and accepted the professorship at Aberdeen, leaving Cambridge in November 1856.

Maxwell was now 25 years old and was a professor at Marischal. He was also younger than the rest of his peers by 15 years. One of his extraordinary contributions came when he solved the problem concerning Saturn's rings. A problem that had not been solved for over 200 years. At issue was how the rings could remain stable without breaking up, drifting away, or crashing into Saturn.

Furthermore, St John's College, Cambridge, had chosen this problem as the topic for the 1857 Adams Prize. James devoted two years to studying the problem, proving that a regular solid ring could not be stable while a fluid ring would break up into blobs forced by wave action. As he continued to study the problem, he noticed that the rings must be composed of numerous small particles he called "brick-bats," each independently orbiting Saturn. Maxwell won the £130 Adams Prize in 1859 for his essay "On the stability of the motion of Saturn's rings"; he was the only entrant to submit an entry.

A contemporary of Maxwell's, George Biddell Airy, commented, "It is one of the most remarkable applications of mathematics to physics that I have ever seen." A 120 years later, the Voyager flybys of the 1980s confirmed Maxwell's prediction that the rings were composed of particles. However, as Maxwell thought, the rings' particles are not stable. They release slowly and fall into Saturn by gravitational force. The rings will vanish entirely over the next 300 million years.  Stay tuned for pictures...

Meanwhile, Marischal College merged with the neighboring King's College to form the University of Aberdeen in 1860. James found himself without a job for the first time in his career. He applied and received a Chair of Natural Philosophy at King's College, London. As a result, he had accomplished some of his best work to date.

He was awarded the Royal Society's Rumford Medal in 1860 for his work on color and elected to the Society in 1861. Maxwell also created the world's first light-fast color photograph, further developed his ideas on the viscosity of gases, and proposed a system of defining dimensional analysis.

As James grew in his knowledge, he was able to expand his relationships. One of his most significant was with Michael Faraday (the father of electricity). The two men had a mutual admiration for each other and would discuss their beliefs regarding electromagnetism and electrochemistry. Think magnetic field (free energy) surrounding a conductor (wire or air). Yes, wireless electricity (see Nikola Tesla).

During this time, Maxwell wrote a two-part paper, "On physical lines of force," in 1861. In it, he provided a conceptual model for electromagnetic induction, consisting of tiny spinning cells of magnetic flux. Two more elements were later added to and published in that same paper in early 1862. First was the nature of electrostatics and displacement current. The second was the rotation of the plane of the polarisation of light in a magnetic field. His friend Faraday identified this phenomenon known today as the Faraday effect.

James wrote the textbook Theory of Heat (1871) and the treatise Matter and Motion (1876). Maxwell was also the first to use dimensional analysis in 1871. Meanwhile, he returned to Cambridge in 1871 to become the first Cavendish Professor of Physics. Finally, one of Maxwell's last significant contributions to science was the editing of the research of Henry Cavendish. The main aspects of that unfinished analysis were the Earth's density and water composition.

Maxwell died on 5 November 1879 at 48 from abdominal cancer. As you may recall, his mother also died at the same age and had the same type of cancer. James said, "I have been thinking how gently I have always been dealt with. I have never had a violent shove all my life. The only desire I can have is like David to serve my own generation by the will of God and then fall asleep.

In summation, he served more than his generation; he continues to help us today. His study of electromagnetic radiation unites the sciences of electricity, magnetism, and optics. Electricity flows through many materials because of the movement of electrons amongst the atoms of said materials. What?

James knew we could measure energy and manifest it for our best and highest use. He paved the way for quantum mechanics and Einstein's theory of special relativity. For that, I am grateful.

What are Your Limiting Beliefs?