Eternal Vigilance is The Price of Liberty

Was There Just One Religion?

"Give me control of a nation's money supply, and I care not who makes its laws." A powerful statement made by one of the, if not the most, powerful families in the world. Who do you think made this statement? Rockefeller? Vanderbilt? No, it was the father of international finance, Mayer Amschel Rothschild.

Who is Mayer Rothschild, you might ask? He was the son of Amschel Moses Rothschild, a modest trader in silk. Born in 1744, he had seven brothers and sisters, and they grew up in a Jewish ghetto of Frankfort, in the Holy Roman Empire, now known as Germany. They were considered poor; however, Mayer would grow to become one of the richest men in history and control half of the world's money. How is this possible? Read on.

To understand how one man and his descendants can get to a point in life where they control the world's money supply, you have to go back to the beginning. Rothschild's name comes from how the Jewish ghetto had identified where someone lived. 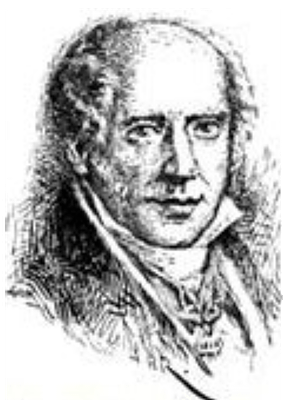 In the 1700s, some people didn't have addresses or numbers on their doors. Signs with different symbols or colors designated the houses. "Rothschild" in Yiddish means Red Coat, describing the door's color. Today it is about the family's coat of arms. His grandchildren and descendants took this name as the family name and kept it when they relocated in 1664 to another house in the Judengasse.

Do you have any Change? 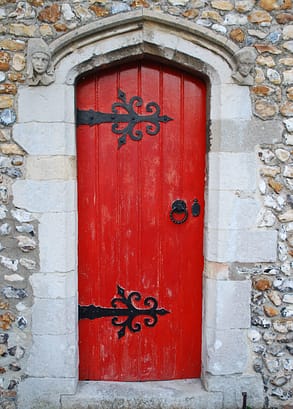 When Mayer was a young man, banking as we know it today didn't exist. People would trade goods and services and carry coins. Mayer's father, Amschel, sold silk, but he was also a money changer. What is a money changer, you ask?

Money changers would assess a foreign coin for its type, wear and tear, and validity, then accept it as a deposit, recording its value in local currency. The merchant could then withdraw the money in local currency to conduct trade or, more likely, keep it deposited: the money changer would act as a clearinghouse or a small bank.

In God we Trust

Mayer learned the value of money from his father but took his knowledge to a higher level of finance. He understood that money was energy or exchange of trust. I'll tell you what your money is worth; we agree on its value. And now, I can make purchases, save, or invest with it. The energy is the agreement we both make. In other words, we live in a system of the agreement until a person of authority says otherwise. That U.S. authority is the Federal Reserve. The FED controls American banking, and four of the twelve banks that own the Federal Reserve are Rothschild banks.  See my blog for more details.

Therefore, as Rothschild developed his understanding of trust, he worked closely with Crown Prince Wilhelm (later known as Wilhelm IX ) and became the Court Factor (banker). Meanwhile, his reputation grew, as did his knowledge of the money made during wartime. His Business expanded rapidly following the French Revolution when Rothschild handled payments from Britain to hire Hessian mercenaries (German soldiers for hire).

Meanwhile, by the early years of the 19th century, Rothschild had become a principal international banker to Wilhelm IX and began to issue his international loans, borrowing capital from the wealthy Landgrave (Duke).

Money creation was next on Mayer's list. He now owned a very successful bank and started to invest certain portions of the deposits from their banks into international government projects in the colonies. As a result, this allowed him to get substantial returns. Today, this is the model that banks worldwide use.

The Rothschilds were the first bankers to establish their banks in the European colonies, with most of their banks in Africa & East Asia. He also used a robust and sophisticated intra-bank communication system that allowed him to form the first genuinely international bank. The banks funded the colonization of Africa in the 1800s, and at one point in time, they controlled the largest bank in the United States Of America while being based in Europe. However, the U.S. would create its money supply through the treasury and keep the Rothschild family at bay until 1913. More on that in a moment.

The Clock is Ticking

I want you to remember what I said about war being good for business. Rothschild learned and taught his children well. In early 1914, WWI was in full force, and the countries were looking for financial help. Mayer's sons were all in a position to loan to the Europeans, but what about the U.S.? If you read my blog on the FED, you'll see that a year before WWI, in December of 1913, the Federal Reserve was created and put into law.

Yes, Rothschild knew that a war would be too expensive for the U.S. to pay for, and they leveraged that knowledge to push the U.S. from creating its own debt-free currency (Greenbacks) to federal notes that had interest payments tied to the amount borrowed. Moreover, the Rothschild family gets the U.S. taxpayers' interest payments directly from us.

How? Three months after the FED was created, Congress created and passed the 16th Amendment to lay and collect taxes on incomes from whatever source derived. Today, the interest we, the United States, owe the Rothschild family, I mean, the FED, is $30 Trillion and growing by the second, and you can see it live here on the National Debt Clock.

I Can See Clearly Now

As I conclude this post, it still amazes me that the masses can follow one person's vision of how things should be. We see it in religion, finance, war, and even our families. What is your vision? How do you see yourself connecting to what is natural or real for you? Do you feel connected to the power of money, or do you know that everything is energy?

Reach out and let me know your thoughts.