The Sun Sang to Me Last Night

How does that Make you Feel?

Are you in control of your thoughts? Do you get hungry when you see an ad for pizza as you watch a hot gooey cheesy slice lifted out of the pie? How about when you see a political commercial and the message makes you feel angry or happy? Or worse yet, apathetic. Finally, how do you react when you hear your favorite actor or newscaster tell you their opinion on a hot topic?

Like it or not, you are the target of manipulation, and the process is centuries old. However, in our modern society, one man receives credit for creating the term public relations (P.R.), and you'll never believe where he came up with the idea of crowd psychology.

To understand human behavior, you must know the human condition. The subject of today's blog is the nephew of Sigmund Freud. That's right, the Austrian neurologist and founder of psychoanalysis. 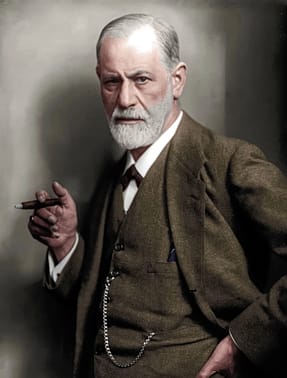 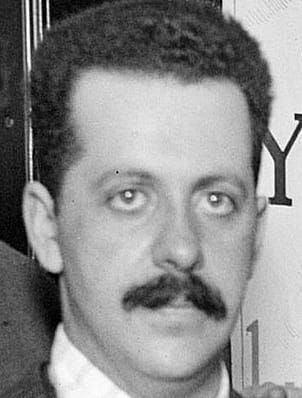 His name is Edward L. Bernays. He started his career by promoting Diaghilev's Ballets Russes; Bernays moved on to corporate clients like The American Tobacco Company, General Motors, United Fruit, and Procter & Gamble, carrying his uncle's theories of the unconscious and the id into the domain of marketing.

Edward was an American theorist considered a pioneer in public relations and propaganda. Bernays was named one of the 100 most influential Americans of the 20th century by Life Magazine.

Born in November of 1891, his mother, Anna, was Sigmund Freud's sister, and his father, Eli, was the brother of Freud's wife, Martha Bernays. Edward moved from Vienna to New York, where he attended DeWitt Clinton High School. In 1912 he graduated from Cornell University with a degree in agriculture but chose journalism as his first career.

As a result, Edward worked for Medical Review of Reviews and Dietetic and Hygienic Gazette.  Interestingly, he took up a cause to support a controversial play, Damaged Goods.  The play dealt with venereal disease and prostitution—Bernays called it "a propaganda play that fought for sex education." He created the "Medical Review of Reviews Sociological Fund Committee" and successfully solicited the support of such elite figures as John D. Rockefeller, Jr., Franklin Delano Roosevelt, and Eleanor Roosevelt. Consequently, the play was a success.

Subsequently, Bernays decided that he'd like to try being a press agent. So, he supported his new client, Sergei Diaghilev's Ballets Russes. Educating Americans about the subtleties of ballet was at the top of his list. To get the attention of Americans, he publicized a picture of Flore Revalles, wearing a tight-fitting dress, at the Bronx Zoo, posed with a giant snake. The move resulted in another success for Edward and his client.

At this point, Bernays was making quite a name for himself, and the U.S. Government was taking note. The Committee on Public Information (CPI) hired Bernays to work for its Bureau of Latin-American Affairs, based in an office in New York. Bernays focused on building support for the war, domestically and abroad. Edward referred to this work as "psychological warfare."

Furthermore, Bernays understood through his work with the CPI that messaging could work in the public sector and during wartime. Here is a direct quote: "What is done for a nation at war could be done for organizations and people in a nation at peace."

The new world of P.R. started after WWI. As a result, he pursued his calling in New York City from 1919 to 1963 and styled himself a "public relations counsel." He had very distinct views on the differences between what he did and what people in advertising did. He was so influential that he received credit in the government social science study Recent Social Trends in the United States (1933).

So, how does Freud enter into the P.R. world of influence? Bernays was close to his uncle Sigmund and enjoyed his views that emphasized the importance of the unconscious mind. That is to say, a primary assumption of Freudian theory is that the unconscious mind governs behavior to a greater degree than people suspect—a fundamental core of Edwards' focus.

Edward developed an approach he dubbed "the engineering of consent." He provided leaders the means to "control and regiment the masses according to our will without their knowing about it." It was necessary to appeal not to the rational part of the mind but the unconscious.

Bernays loved playing his client's ad against a competitor. In 1927, Edward worked for Liggett and Myers, makers of Chesterfield cigarettes, when he made fun of the competing brand, Lucky Strike. His approach involved mocking the endorsements of opera singers who said Lucky Strikes were "kind to your voice." The campaign worked so well against Lucky Strike that the head of American Tobacco Company (ATC), George Washington Hill, immediately hired Bernays away from Liggett and Myers.

Have a Smoke and Smile

ATC asked Bernay to increase Lucky Strike sales among women, who, at the time, avoided smoking because it seemed inappropriate. The first strategy was to persuade women to smoke cigarettes instead of eating. Edward began by promoting the ideal of thinness, using photographers, artists, newspapers, and magazines to promote the extraordinary beauty of thin women. He even employed third-party experts and used Medical authorities to encourage the choice of cigarettes over sweets. Similarly, Bernays created a campaign to educate Homemakers that keeping cigarettes on hand was a social necessity.

Another success for Edward, women smoked more cigarettes; American Tobacco Company brought in more revenue, and Lucky Strike led the market in growth during that time. However, a taboo remained on women smoking in public. Bernays consulted with psychoanalyst  Abraham Brill, a student of Freud's. Dr. Brill conveyed that cigarettes represented "torches of freedom" for women feeling suppressed by their role in the modern world. Bernays used that term to significant effect, and the world of women smoking has never looked back.

As the victories mounted for Bernys, so did his connections with the media elite. Edward understood that promotion and scale went hand in hand. He would even create a front group to make it seem like a legitimate news source—case in point. The Middle America Information Bureau, which supplied information to journalists and academics, was a front group Edward created to support The United Fruit Company (today's Chiquita Brands International). The company was looking to increase sales of bananas to the American people. Edward did this by linking bananas to good health and American interests. He strategically placed them in celebrities' hands, hotels, and other conspicuous places.

Bernays was enjoying great success and building his connections with influencers. Most importantly, he used the United Fruit Company to expand his political influence. He created a campaign in which universities, lawyers, and the U.S. government would condemn expropriation (governments taking property from an owner) as immoral and illegal. He said the company should use media pressure "to induce the President and State Department to issue a policy pronouncement comparable to the Monroe Doctrine concerning expropriation." In the following months, The New York Times, the New York Herald Tribune, Time, Newsweek, and the Atlantic Monthly all published articles describing the threat of Communism in Guatemala.

Bernays formed close relationships with journalists, including The New York Times reporter Will Lissner and columnist Walter Winchell. In January 1952, he brought journalists from various notable newspapers on a tour of Guatemala, sponsored by The United Fruit Company. This technique proved highly effective. Two years later, the CIA effected a coup d'état code-named Operation PBSuccess. The CIA backed a minimal military force, fronted by Carlos Castillo Armas, with a "psychological warfare" campaign to portray military defeat as a foregone conclusion. During the coup, Bernays was the primary information supplier for the international newswires Associated Press, United Press International, and the International News Service.

Trust Me, I Know

As a result, Edward was the personal advisor to Carlos Castillo Armas, and In 1959, United Fruit dispensed with all external advisors, including Bernays.

Propaganda brings to mind the idea of false information. Bernays touted the idea that the "masses" are driven by factors outside their conscious understanding (Freud) and, therefore, that their minds can and should be manipulated by the capable few. "Intelligent men must realize that propaganda is the modern instrument by which they can fight for productive ends and help to bring order out of chaos." In other words, you are smart enough to consume the information; I'll do it for you.

I have given you several examples of how a person who uses information through significant volume and dispenses it can achieve great results. I contend that we all pay attention to the sources of our information. Does that source have an economic connection to the information they are sharing? Is the person sharing this data a third party trying to influence me? And finally, how do I feel about the news?

In today's "social media," I know it is not always easy to understand what is true or false. P.R. has learned a thing or two since Edward Bernays came on the scene. Remember, you are wiser than you know, and if you take your time and learn about a subject, you might just find your truth.