Can You Hear Me?

The world is ending! The end is near! Yes, we have heard this all before, and nothing has changed. Or has it? We are at a crossroads once again in our human existence. Will you take the road not taken (Robert Frost), or will you follow the established line?

My focus this week is on a man who most of you may not have heard about until now. His name is David Icke, and he has definitely taken the road less traveled. And that has made all the difference. Icke is a self-proclaimed Son of the "Godhead" or the Infinite Mind. All that is seen and unseen and all that shall ever be. For those of us who are uninitiated, we are all part of the same oneness of the universe. There is no separation between us and everything else.

So what does this man mean to me, and why should you care? David Icke believes that there a greater forces out in our world that want to deceive us from the reality that we are powerful, creative beings. 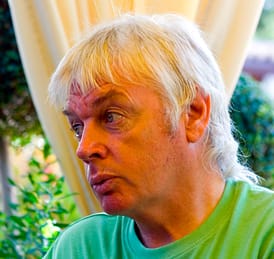 These forces are a combination of elite wealthy families, corrupt governments, and reptilian beings. Yes, you read the last part correctly.

All You Need is Love 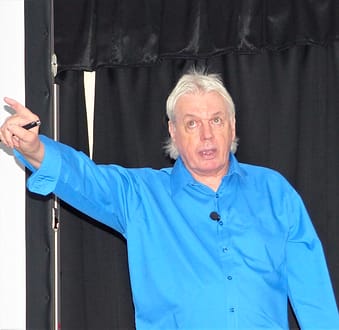 As you can imagine, Icke was ridiculed and called a conspiracy theorist and "nutter" to use an English term after he released his first book, Love Changes Everything (note the cost of the book, on the link).

Before you dismiss him out of hand for his belief in alien life forms, please take a moment and read what he has to say about media control (problem, action, solution) and misinformation by watching this video.

Back in the early 1990s, David would talk about the power of the media and its use to push a specific narrative to the people. Certainly, ridicule came his way for it, and the news outlets claimed there was and always will be free speech. That free speech has been put to the test these days. Social Media owners have now taken the role of deciding what information is to be shared or repressed. What an interesting time we live in now.

This past year, Icke was banned from Youtube, Twitter, and Facebook for his views on new wireless technology and public health. You can argue for or against his beliefs, but the truth is we have an amendment in our constitution about protecting our freedom of speech. As a matter of fact, our forefathers made it their number one priority. In the past, we have always had the choice to decide if we want more or less of something. However, in this case, it seems that we are no longer trusted with the responsibility of consuming multi-faceted information. Nuance, it seems, is far beyond our grasp.

Here is a clip from the Bill Maher show after the 2005 Katrina Hurricane. The discussion is more about fascism than the looting that took place after the flooding.

Like Carlin, Icke also talks about elections as a fraud. He sees the allusion of choice, as a way to control people from looking beyond their party of choice and being kept divided by it. You're either a red state or a blue state. There is nothing in between.

If you are constantly being told you will lose your money, health, or way of life, to this party, or that, then you will not ask the bigger question. Why are we doing it this way? Do supreme court justices have a lifetime appointment? Why does the military get $725 Billion a year?  Is there money for free state colleges?  Can we have a cost-effective federal healthcare plan? How come our taxes are so high? Didn't the U.S. have a gold standard? Is the Federal Reserve a private corporation? And how come congress has no power over this company(watch this video)?

Do we Have a Problem?

If you think that the questioning of our government is treasonous, then you may not want to read on. We can not forget that our founding fathers encourage an educated electorate and the questioning and transparency of its elected officials. Remember what Icke said earlier, problem, action, solution. If we are always looking for our officials to solve our problems and not asking if the problem needs solving, we are subject to "their" solution.

Let's get back to the idea of fascism. We know that the term started with the Axis Powers--Germany, Italy, and Japan during WWII. On the other hand, if you look at the conventional definition, you'll see that fascism is a system of government marked by the centralization of authority under a singular ruler and a capitalist economy subject to stringent governmental controls. The government uses corporations to suppress any opposition to its agenda while supporting a policy of belligerent nationalism and racism.

You can interpret the definition in many ways, nevertheless, it still holds some truths to how numerous countries operate today. I'll quote the great philosopher Alvin Greenman, "Yes sir, "There is a lot of bad ism's floating around this world, and one of the worst is commercialism". Well, maybe not just commercialism, I would add in fascism too.

The first time I saw David Icke, was back in 2018 when I searched Amazon Prime Video for something to watch. I came across his three-part series from October 2012, when he spoke for 11-hours to 6,000 people at London's Wembley Arena. I found his level of detail fascinating, his anger compelling, and his desire to expand our perceptions, admirable.

Listen to Our Children

Say what you will about this man, but you have to know that he understands this world works on a vibrational basis (see STATE) and that love is a uniting and freeing vibration. His thoughts and statements may upset you, although if you dig into his data, you may be surprised at just how much information is there.

I'll leave you with this thought. My daughter is in 8th grade, and she recently wrote a poem that had a line in it that made me think of this blog. She wrote, "I know not everyone wants to hear what I have to say". It was the poem; I know who I am.

She is correct, not everyone wants to hear what you have to say, but that doesn't mean it doesn't need to be said.

Have You met Your Friendly Neighbor Yet?

The Boy Who Knew too Little