Why Meditation is Key

Many of you who read my blog may know I have a consulting business. Currently, I support a company by the name of WITI, women in technology international. As a result, I work with the founder, Carolyn Leighton, and her son, David Leighton. They are a dynamic duo that created a movement to support and enhance women's lives for over thirty years.

Therefore, I have spent the better part of ten months working with them and their employees, and I have found something interesting. Men benefit from this organization too. To clarify, Carolyn developed WITI to support women in connecting with men as professional equals. The WITI code of ethics states that no one stands alone. She knew that it was important for both men and women to engage professionally as equals.

Furthermore, she has made it clear to me that during her early career as a business owner and single mother, she wanted men to feel more comfortable around her at the executive meetings she attended. 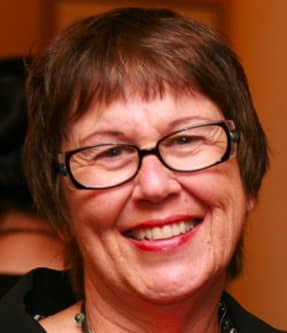 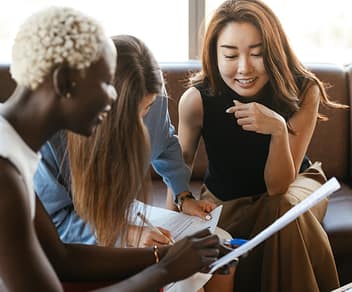 In the early 80s, a women executive was rare, and most men did not know how to engage. Carolyn saw an opportunity to create a place where both men and women could meet and get to know each other better.

Over the past 33 years, Carolyn made the space in many forms, including live conferences, special events, and the internet. Today WITI has over 160,000 members; 12% of those subscribers are men, including a global network supporting diversity, equity, and inclusion.

I share this with you because my blog focuses on a woman who also helped spark the modern feminist movement in the United States during the late 60s. Her name is Betty Friedan (February 4, 1921–February 4, 2006), and she authored the pioneering 1963 book "The Feminine Mystique."

Betty's early career was as a reporter for the labor service during WWII. Unfortunately, she had to give up her job to a returning veteran at the war's end. To support herself, she worked as a clinical psychologist and social researcher, along with being a writer.

She soon married theatrical producer Carl Friedan, and they moved to Greenwich Village. She took maternity leave from her job for their first child; when she asked for maternity leave for her second child in 1949, the company dismissed her. The union gave her no help fighting this firing, so she became a housewife and mother, living in the suburbs. She decided to focus on her writing skills and got work doing freelance magazine articles. Betty was writing for many magazines directed at the middle-class housewife.

In 1957, Betty got a request to survey her classmates on how they'd used their education before her 15th college reunion at Smith College. She found that 89% of the women were not using their education. Most were unhappy in their roles.

After seeing these results, Friedan got interested in determining if this was specific to women. Interestingly, after researching and consulting with experts, she found that women and men felt trapped in limiting roles. Friedan wrote up her results and tried to sell the article to magazines but could find no buyers. So she turned her work into a book published in 1963 as "The Feminine Mystique." It became a best-seller, eventually translated into 13 languages.

As a result of her book's overwhelming success, Betty was a celebrity. She moved back to New York and became involved in the growing women's movement. In June 1966, she attended a Washington meeting of state commissions on the status of women. The President's Commission on the Status of Women (PCSW) is an organization that was established in 1961 by President John F. Kennedy. The commission explores women's issues and proposes employment policy, education, and federal Social Security and tax laws that discriminate against women and their rights.

The government's slow movement and the inherent bias dissatisfied Friedan, so in 1966, Betty joined other women in founding the National Organization for Women (NOW). Friedan served as its first president for three years.

During her presidency, Betty founded the National Conference for the Repeal of Abortion Laws to focus more on the abortion issue; this organization changed its name after the Roe v. Wade decision to become the National Abortion Rights Action League (NARAL). She stepped down as NOW president in that same year (1969).

In 1970, Friedan organized the Women's Strike for Equality on the 50th anniversary of winning the vote for women. The turnout was beyond expectations; 50,000 women participated in New York alone.

In 1976, Friedan published "It Changed My Life," with her thoughts on the women's movement. She urged the movement to avoid acting in ways that made it difficult for "mainstream" men and women to identify with feminism. Her greatest hope, like Carolyn Leighton's, was to show we have more in common than we think.

You Can't Please Everyone

Betty continued to write. Furthermore, she published "The Second Stage" in 1981. In 1963, Friedan wrote of the "feminine mystique" and the housewife's question, "Is this all?" Some 18 years later, Friedan wrote of the difficulties of trying to be Superwoman, "doing it all." As a result, many feminists criticized her for abandoning the feminist critique of traditional women's roles. The criticism did not discourage her.

In 1983, Friedan focused on researching fulfillment in the older years, and in 1993 published her findings in "The Fountain of Age." In 1997, she published "Beyond Gender: The New Politics of Work and Family." Hence, more criticisms came. Apparently, she was representing the viewpoint of white, middle-class, educated women and ignoring other women's voices.

Betty Friedan would continue to write, lecture, and teach until her passing on February 4, 2006. Her legacy lives on in the women and men she helped enlighten.

Above all, women have repeatedly described how they felt when reading her books: The main takeaway is that they were not alone and could aspire to something more than the life they were being encouraged or even forced to lead.

Meanwhile, Carolyn Leighton and her son David encourage us all with the same idea: no one stands alone. Yes, we must all take accountability for our lives, but we can also know that many people are willing to support us. Friedan's thesis expresses that if women escaped the confines of "traditional" notions of femininity, they could truly enjoy being women.

It is my perspective that if we all escape the idea of who others want or expect us to be and focus on who we truly are and what we prefer, we will be in a much better place.

Who do you think you are? Drop me a line and let me know your thoughts.

The Lid is Off!