The Power of The Press

Atticus Finch is a name that many of you have heard of before, why? Maybe you know him because you read the novel, To Kill a Mockingbird by Harper Lee. Or you have seen the movie on television. I was not one of the people who read the book. I only knew of the character, Atticus Finch, because I liked to watch old movies. But here's the rub, I never watched Gregory Peck in, To Kill a Mockingbird.  It is fascinating that I am fully aware of a book I never read and have some insight into a character from a movie I didn't see. I equate this to the knowledge I have regarding the hundredth monkey syndrome.

In effect, the syndrome is a phenomenon in which a new behavior or idea is spread rapidly by unexplained means from one group to all related groups once a critical number of members in one group exhibit the new behavior or acknowledge the new idea. 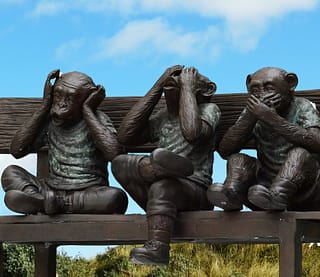 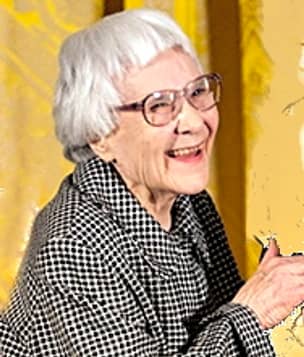 This behavior even spreads to groups that are physically separated and have no apparent means of communicating with each other. Physicists refer to this group sharing as quantum entanglement.

For example, a monkey in Africa is hungry and wants to eat some ants. The monkey is tired of grabbing one or two ants at a time from the anthill and comes up with an idea. He grabs a stick off the ground and sticks it into the anthill. He pulls up the stick now covered in ants and puts the stick into his mouth. He has just discovered a new way to eat more ants quickly and efficiently. Meanwhile, several thousand miles away in India, a monkey has the same idea at the same time, and tries this new technique.  The idea spreads rapidly to the other monkey's all over the world.

I will use the story of To Kill a Mockingbird as an example that illustrates the quantum entanglement theory.

To Kill a Mockingbird was an instant success when published on July 11, 1960. Harper Lee, the author, was awarded a Pulitzer Prize for her book and a Presidential Medal of Freedom in 2007 for her contribution to literature. But who was she? Why did her book about racial inequality, rape, and an unjust legal system appeal to so many? Especially during the conservative times of the 1960s.

Nelle Harper Lee was born on April 28, 1926, in Monroeville, Alabama. Through her father, she was a descendant of Confederate General Robert E. Lee and a member of the prominent Lee family. Harper's father was a newspaper editor, businessman, and lawyer. He also served in the Alabama State Legislature from 1926 to 1938.

Meanwhile, Lee started writing her manuscript in 1957 as she worked odd jobs to pay the bills. She submitted her work to a publisher who saw promise in the unknown writer. Therese von Hohoff Torrey - Tay became Harper's editor and guided her through the process of writing a complete and marketable book. Tay saw the connection between the book and the racial relations in the South. For instance, the U.S. Supreme Court had recently issued its school desegregation decisions in Brown v. Board of Education in 1954, and the civil rights movement was making headlines across the nation. The book was right for the times.

For those of you who have not read the book, I'll summarize it for you, so that you can see the parallels or entanglements.
To clarify, the story takes place during the Great Depression (1933-35) in the fictional town of Maycomb, Alabama. The lead character is a six-year-old girl, Jean Louise Finch, Scout. She lives with her older brother Jeremy, nicknamed Jem, and their widowed father Atticus, a middle-aged lawyer.

The story has two main branches. The first is the children are fascinated and scared of a boarded-up home where a reclusive boy named Arthur "Boo" Radley lives. Jem and Scout befriend a boy named Dill, who visits Maycomb to stay with his aunt each summer. Try as they might, the kids can't seem to get Boo out of the house or even see him. However, someone keeps leaving them small gifts out by the tree they use as cover to spy on him.

The second part of the story concerns Atticus. He is appointed to represent Tom Robinson, a black man accused of raping a young white woman, Mayella Ewell. Certainly at the time, this is quite controversial in this small town, and Atticus and his children are perpetually harassed for it. Like so many of these cases, a "lynch" mob forms outside the jail for Tom, and Atticus must act to appease the group of angry men. To his surprise, Scout shows up and starts addressing the men in the familiar, as she knows these men through their children. Faced with their own personal disgrace, the men disband, and the threat is quickly quelled.

As the trial continues, it is discovered that Mayella made sexual advances toward Tom, which resulted in her being beaten and threatened by her father. The new information ruins the reputation of Bob Ewell, and he focuses his fury on Atticus and his family. The evidence, however, does not sway the jury, and they vote to convict Tom. Undeterred, Atticus is hopeful that he can get the verdict overturned, but Tom tries to escape prison and is shot, and killed.

More to The Story

Meanwhile, Bob blames Atticus for destroying his family's name and threatens him and his children outside the courthouse. Later, he attacks Jem and Scout while they are walking home on a dark night after the school Halloween pageant. Jem suffers a broken arm in the struggle, but amid the confusion, an unknown citizen comes to the children's rescue. The mysterious man carries Jem home, where Scout realizes that he is Boo Radley.

The sharif is called to investigate and discovers that Ewall died of a stab wound by his own knife. The sharif believes it was Boo Radley who stabbed Bob Ewell however, he wants to protect Boo's privacy and declares that Ewell simply fell on his knife during the attack.
Scout has a moment with Boo after the incident, and she walks him back to his home. She says goodbye to him at his front door, he disappears, never to be seen again by Scout. While standing on the Radley's porch, Scout imagines life from Boo's perspective.

Write What You Know

If you look closely at the characters of Mockingbird, you start to see that Harper liked to write about what she knew and saw growing up in the deep South. Her dad, the lawyer, Atticus Finch. Scout, the feisty little girl or tomboy (Lee, herself), and the shy and intelligent boy next door, Dill, was based on her neighbor and childhood friend, Truman Capote. She even modeled Scout's brother Jem after her older brother Edwin.

I also contend that the subject Lee wrote about in To Kill a Mockingbird was a collective message of class distinction, mob mentality, and injustice.

It is a message for us all to heed today. There are many times we have been confronted with shocking news. We gather information from one or two sources, and we think we know the facts, but when we dig deeper there is evidence to the contrary. There are many things that we witness, and we make snap judgments based on limited data. It is my hope that we learn from our past mistakes and take a page out of Harper Lee's book and endeavor to see things from a different perspective. I know that the hundredth monkey has.