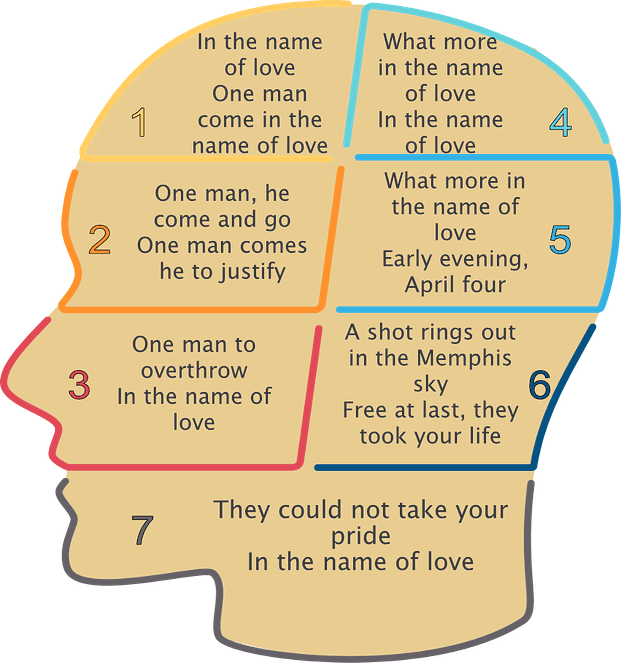 I'm writing this post on January 18th, 2021, and I'm considering how much I do or don't know about Martin Luther King Jr. I know he is a national and international hero for his nonviolence policy during the civil rights movement in America. I know that he gave a famous speech on August 28th, 1963, on the steps of Lincoln Memorial, where he stated, "I have a dream," that resonated with millions of people. The last thing I remember is that he was murdered on April 4, 1968, in Memphis Tennessee.
I wonder how much any of us really knows what drove this man to put himself out in front, for all to see so that he could help people live a life that was equal to others. A man who had sacrificed so much for people he never knew and people who did not support his ideology.
It is always curious to me that some stand so strongly against oppression that they transcend what others would ever consider doing. Their strength is something to be admired and celebrated, but it's something more. It is their "knowing" that makes them who they are. 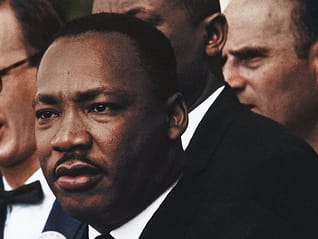 Martin Luther King Jr. is such a man, but he didn't start as the champion of the people, he started out as a son of a Baptist Preacher. He was taught to read the bible out loud with his siblings and attend his father's church in Atlanta, Georgia.

The Education of King

King grew up attending an all-black grade school but had white friends from the neighborhood. He struggled with the idea that different colored children would have to go to different/segregated schools.

As High School went on, King was starting to hone his oratory skills, and in his Jr. year, he delivered a speech to the Improved Benevolent and Protective Order of Elks. He talked about the continued injustice being heaped upon black America. He would end up winning the contest and due to Georgia state law, and twist of fate, King and his teacher had to stand on the bus ride home from the event as white people had access to any open seat. The law stated that if a black person was sitting first, they'd have to give up their seat and stand and let the white person sit if the bus was full. This was a specific moment in time that angered and stayed with King his entire life.  The injustice was too much for him to bear.
Due to WWII, Morehouse College opened its entrance exam to Jr's in High School. King's Grandfather and Father both attended Morehouse, and King was no different. At the age of 15 years old, he passed the exam and gained early admittance.

College life was eye-opening for King. He started to see more of the world around him, and through work experiences in the North, he saw what integration and equal rights looked like.  He was amazed at the way white and black people easily integrated and lived in Northern society.
In college, he started to study under Baptist minister Benjamin Mays, who he would later give credit to being his "spiritual mentor." Ministry would give King the ability to speak to his congregation in more meaningful and socially-minded topics. In 1947 King graduated from Morehouse at the age of 18.  As time went on, so did King's education. He enrolled in Crozer Theological Seminary in Upland, Pennsylvania, and in 3 years graduated with a Bachelor of Divinity. In 1951 he continued his doctoral studies in systematic theology at Boston University. He was also an assistant minister at Boston's historic Twelfth Baptist Church with Rev. William Hunter Hester. While receiving his Ph.D. degree on June 5, 1955, he was also the acting pastor of the Dexter Avenue Baptist Church in Montgomery, Alabama.  During his time at Boston University, King married Coretta Scott on June 18, 1953, on the lawn of her parents' house in her hometown of Heiberger, Alabama. They would have four children together, Yolanda, Martin III, Dexter, and Bernice. Martin had always wanted Coretta to raise their children away from his activism. He hoped to keep them all, far from harm.

As I stated earlier in this post, State and local laws in the South supported segregation. These laws were known as Jim Crow Laws.
A fifteen-year-old black schoolgirl in Montgomery by the name of Claudette Colvin, would not give up her bus seat to a white man. She was arrested and charged for her disobedience. Nine months later, a similar bus seat incident had happened, and this woman's name was Rosa Parks. These two separate instances set off King and the Montgomery bus boycott that lasted for 385 days. The King's home was bombed, he was harassed and threatened, but he never relented. He was even arrested and then tried. The case went to the Supreme Court and the verdict would lead to the end of racial segregation on all Alabama public buses.
Martin Luther King jr. was now a National hero and spokesman for civil rights in America. He would later support the civil rights activists who founded the Southern Christian Leadership Conference (SCLC) and lead that organization until his death.

The 1960s proved to be a pivotal beginning for national sit-ins and King's rise in popularity among civil rights activists. In one situation, King had been arrested for attending a mass sit-in, in a department store in Atlanta. Everyone there had been jailed and released within a day or two. Based on an earlier driving arrest (no Georgia license, but having a valid Alabama license) King was considered by the judge to have violated his probation. He was sentenced to four months of hard labor. Before dawn the next day, King was taken from his jail cell and transported to maximum-security state prison. With the intervention of the then, presidential candidate John F. Kennedy, and his family, they were able to intervene and persuade the Georgia Governor to get the charges dropped.
King was released quickly thereafter.

I Have a Dream

Over the next several years King and his fellow civil rights activist made their stand in Albany, Georgia, Birmingham, Alabama, and finally the march on Washington for jobs and freedom, where he gave his now-famous speech on August 28, 1963. The march had specific demands: an end to racial segregation in public schools; meaningful civil rights legislation, including a law prohibiting racial discrimination in employment; protection of civil rights workers from police brutality; a $2 minimum wage for all workers; and self-government for Washington, D.C.
On all accounts, the march was a success even though it didn't make all the civil rights leaders happy. This was the largest attendance ever for a march/protest in D.C. and encompassed over a quarter-million people from all walks of life, ethnicities, and religions.
There would be a 17-minute speech delivered by King himself to inspire a nation. It was said that he would not read his prepared speech, but give his own personal sermon.
Here is part of that speech:

Pride, yes, pride is what he and so many other civil rights activists had. Their pride, or in other words the pleasure they took in the accomplishments to help others have a better life, is what drove them to such heights.
They wanted to be included in the founding father's promises. They were citizens of this country and wanted the rights and privileges therein, just like the rest of the country enjoyed.
Through their devotion to educating those who could not or would not see the injustice, they overcame all obstacles. They made us better for it, and our country profited as well.
This was never a black vs. white argument. It was always about control and fear. We either take a stand and recognize it, or we all fall prey to those who continue to seek to control us.
Thank you, Martin, and to all those who have come before and in the future.