In today's two-party system, we in the U.S. believe there is a right and a wrong way to govern. Depending on how you lean on the political spectrum, you think you have the correct answers. Or at least that is the media's point of view. In reality, a published survey by The New Center policy institute reveals that the American center is more extensive than most people would expect, with 43% of survey respondents placing themselves there when asked to put themselves on a left-right spectrum. Among those who identify as independents, 60% of them opted for the centrist label.

What does this mean for you, the average citizen? The sociological data supports the idea that presenting progressive policy proposals using centrist rhetoric increases support from the average American. Furthermore, the study suggests a capacity in the United States for a board agreement on specific policy issues despite our seeming partisanship.

Again, we have more in common than we know. Issues are just that. If I want to rally a base, all I have to do is throw red meat (rhetoric on an issue used to inflame supporters). 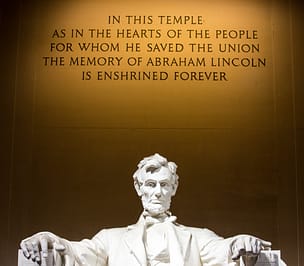 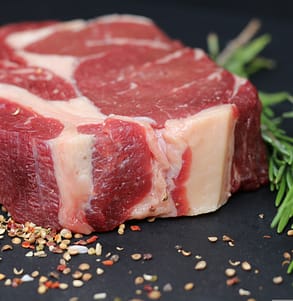 As a result, if I want to take your attention off of a particular subject, I use red meat to influence you in one direction or another. In simple terms, this is psychological politics at its base.

Where did all of this divisiveness start? Most like when people started walking upright. My subject today is the founder of classical economic theory that ties into politics. He was a champion for equality; as you'll read, he wanted fairness for all.

John Stuart Mill (1806-1873) was an influential philosopher, economist, politician, and senior official in the East India Company. A controversial figure in 19th-century Britain, he advocated using classical economic theory, philosophical thought, and social awareness in political decision-making and legislation. Many of his views on the legal status of women and slavery were quite liberal for the day.

Mill combined economics with philosophy. He believed in a moral theory called utilitarianism—that actions that lead to people's happiness are correct and that those that lead to suffering are wrong. Among economists, he's best-known for his 1848 work, Principles of Political Economy, which became a leading economic textbook decades after its publication. In addition, he wrote other notable books, including On Liberty, A System of Logic, The Subjection of Women, and Utilitarianism.

John was taught by his father, James Mill, an economist and fervent supporter of utilitarianism. Learning Greek at the age of three, he clearly had the aptitude of older children. By age eight, Mill had read Aesop's Fables, Xenophon's Anabasis, and Herodotus and was acquainted with Lucian, Diogenes Laërtius, Isocrates, and six dialogues of Plato. He had also read a great deal of history in English and arithmetic, physics, and astronomy.

What Can I do?

As a result, all this learning and knowledge gave John a unique ability to understand the gravity of political influence. It was so overwhelming that by the time he reached the age of twenty, he was contemplating suicide. According to the opening paragraphs of Chapter V of his autobiography, he had asked himself whether the creation of a just society, his life's objective, would make him happy. His heart answered "no," and unsurprisingly, he lost the happiness of striving toward this objective. Eventually, the poetry of William Wordsworth showed him that beauty generates compassion for others and stimulates joy.

So, with a renewed sense of joy, he continued to work towards a just society, but with more relish for the journey. He considered this one of the most pivotal shifts in his thinking. For instance, many differences between him and his father stemmed from this expanded source of joy.

Getting to Know You

As Mill grew into adulthood, he met and connected with people of all backgrounds and training. One of his more influential friends was a French philosopher, Auguste Comte, the founder of positivism and sociology since Mill first contacted Comte in November 1841. Comte's Sociologie was more an early science philosophy than modern sociology. Comte's positivism motivated Mill to eventually reject egoism and what he regarded as a cold, abstract view of human nature. John did not want to focus on legislation and politics with such a narrow view of humanity. Instead, coming to favor of Comte's more pleasant view of human nature focused on historical facts and directed more towards human individuals in all their complexities.

John would continue his education and leverage it to work with the East India Company. As he rose in rank and station throughout his thirty years of service, he realized he did not support his government's new administration system in India. As a result, Mill left the company and took a job as Lord Rector of the University of St Andrews. At his inaugural address, delivered to the University on February 1, 1867, he made the now-famous remark that "Bad men need nothing more to compass their ends than those good men should look on and do nothing."

The love of Mill's life was Harriet Hardy Taylor. After two decades of a close friendship, they married in 1851. An intelligent, liberal thinker and writer in her own right, Taylor inspired much of Mill's work—he openly acknowledges her influence in The Subjection of Women—and she may well have edited or co-written some of his pieces. Indeed, she helped turn Mill's attention to the progressive ideals that she was passionate about socialism, women's rights, individual liberty, and a "utopian" view of humanity's improvability.

John Stuart Mill espoused his economic theories in Principles of Political Economy (a 19th-century term equivalent to today's "macroeconomics"). For Mill, economics relates to social philosophy and politics: Wealth is the natural end product of labor. However, the decisions and the will of actual people can determine the best way to distribute it. As a result, human laws and institutions can and should decide how wealth is best circulated to help all.

Mill did believe in the superiority of socialism, in which worker-owned cooperatives would drive economic production. But he also believed in free enterprise, competition, and individual initiative. Governments had a responsibility to maintain these things, as well as to prevent monopolies, look after the poor, and provide an education for young people. His philosophies are still relevant today, but as we look around, they are seldom employed.

So, do you want to focus on what makes us different? Do you want to criticize how people live or look? Or, do we want to examine the cost of basics like electricity, water, and fuel? How about essential services like healthcare and clean water, and GMO food? I believe we all have the power to support each other without relying on third parties and governmental systems. Furthermore, if we collectively focus on what needs we all have, we'll be more than 60% of our solution.

Remember, The Greek philosopher, Heraclitus of Ephesus, said – "the only constant in life is change."

I had no idea

Why Is There So Much Homework These Days?