It’s What’s Inside that Counts

It's What's inside that Counts

Have you ever wondered how Wars start? In most cases, it is years in the making, and groups on both sides are preparing for the fight. In other cases, we only need to look back at Greek Mythology and the Trojan war. According to accounts, Paris, son of the Trojan king, ran off with Helen, wife of Menelaus of Sparta, whose brother Agamemnon then led a Greek expedition against Troy. The ensuing war lasted ten years, finally ending when the Greeks pretended to withdraw, leaving behind them a giant wooden horse with a raiding party concealed inside.

The woman I'm focusing on today created a similar Trojan horse, only this time; it was a book. Harriet Elizabeth Beecher Stowe wrote Uncle Tom's Cabin and changed the U.S. forever. Abraham Lincoln stated, "So this is the little lady who made this big war." Harriot was one of the many people who helped change the culture of slavery through words, not violence.

So, who was this woman, and why was she so strategic in transitioning the laws of slavery to free people? For that answer, we have to go back to the mid-1800s. Harriet was the 6th oldest of 11 children, born into a religious family. 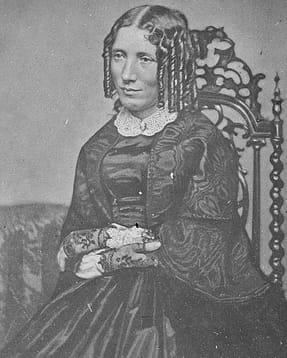 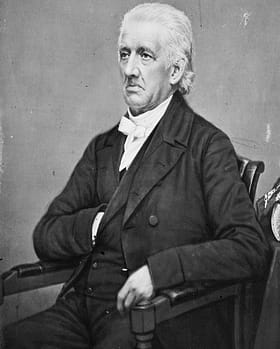 Her father was an outspoken Calvinist preacher named Lyman Beecher. Lyman was an important man during the time and made sure his children received a good education, focusing on the Classics, languages, and mathematics.

Furthermore, Harriet gained advanced learning from her father's new position as the president of Lane Theological Seminary. As a result, she participated in the Lane Debates on Slavery. The biggest event ever to take place at Lane was the series of debates held on 18 days in February 1834 between colonization and abolition defenders.

While participating in the literary club at Lane, she met Rev. Calvin Ellis Stowe, a widower professor of Biblical Literature, at the seminary. They married at the Seminary on January 6, 1836. The Stowes had seven children together, including twin daughters.

During the 1850s, congress passed the Fugitive Slave Law, prohibiting assistance to fugitives and strengthening sanctions even in free states. The Stowes were ardent critics of slavery and supported the Underground Railroad, temporarily housing several fugitive slaves in their home. Consequently, Harriet and her family heard the accurate level of danger and low-level conditions the enslaved people endured.

Stowe claimed to have a vision of a dying enslaved person during a communion service at Brunswick's First Parish Church, which inspired her to write his story. On March 9, 1850, Stowe wrote to Gamaliel Bailey, editor of the weekly anti-slavery journal, The National Era, that she planned to write a story about the problem of slavery. In her letter, she wrote, "I feel now that the time has come when a woman or a child who can speak a word for freedom and humanity is bound to speak... I hope every woman who can write will not be silent."

In June of 1851 (ten years before the civil war began), the first installment of Uncle Tom's Cabin appeared in serial form in The National Era newspaper. She initially used the subtitle "The Man That Was a Thing" but changed it to "Life Among the Lowly." Installments were published weekly from June 5, 1851, to April 1, 1852. As a result, the serial became a book and set for an initial print run of 5,000 copies. However, the book sold an astonishing 300,000 copies.

The book was also a massive success in Britain, but no international copyright agreement was in place during that period. In late 1853 Stowe undertook a lecture tour of Britain and, to make up the royalties that she could not receive there, the Glasgow New Association for the Abolition of Slavery set up Uncle Tom's Offering.

Furthermore, the book took on unanticipated social and moral attention from the two nations. Stowe showed that slavery touched society beyond those directly involved as enslavers, traders, and enslaved people. Her novel added to the debate about abolition and slavery and aroused opposition in the South. Harriet became a lightning rod to some Southerners who felt she was out of touch, arrogant, and guilty of slander. Consequently, Within a year, 300 babies in Boston alone were named Eva (one of the book's characters), and a play based on the book opened in New York in November.

Writing about war and contempt is not the focus of this blog. Above all, it is the idea that one person with a vision or thought can share it through any media and capture the world's attention. Stowe saw something that didn't make sense and wrote about her experiences. Those experiences reached millions during the mid-1800s, and the ripple effect influences us today.

I still hear people being called Uncle Tom as a criticism or slander. It is intended as a derogatory epithet for an exceedingly subservient person, mainly when they think their lower-class status. The defamation misses the point of this book. Uncle Tom's Cabin resulted after the passage of the Fugitive Slave Act of 1850, which made it illegal for anyone in the United States to offer aid or assistance to a runaway enslaved person. The novel directly attacks this law and the institution it protected, advocates the immediate liberation of enslaved people, and supports freedom for all people.

How are you Feeling?

Many laws exist that are unfair to the masses but serve a few. We may not always be aware of what is happening daily, but we can discern what sounds right. How do you feel about men and women waiting in line for hours to vote? Is it acceptable to see people drinking contaminated water from a public well or waterway? Finally, should our farmers be forced to use a seed that one company owns?

All of these situations depend on laws written to protect a few, not the majority. Harriet isn't alive today to write about these atrocities, so we must ask the hard question. Why do we sit idly by and let a few misguided individuals dictate our health, happiness, and prosperity?

Nothing New Under the Sun