Are We Getting Paid Today?

Welcome to the weekend! We are about to embark on another 3-day weekend and ready to plan our parties and barbeque menus. As we start our celebration on this 4th of July, I have a question for you. When did the Independence Day federal holiday become law in the United States? If you guessed 1870, you would be wrong. It was officially declared a Federal holiday by Franklin D. Roosevelt in 1938.

Why did it take so long to become an official holiday? Here is the truth, Congress did pass H.R. 2224, establishing the Fourth of July as an unpaid federal holiday in 1870. However, in American, it is not a holiday unless you get paid for the day off. To receive money for no work takes an act of Congress, and in this case, it took almost seven decades for Roosevelt to sign a law that included Christmas, New Year's, Memorial Day, Washington's Birthday, Labor Day, Thanksgiving, and The Fourth of July.

Now that we understand why the 4th is a federal holiday, and your employer owes you a day's pay, let's look at why we actually celebrate this day.

I know you are in your easy chair, reading this and saying, the reason we celebrate this day is in the name of the holiday, you goofball. We are observing this holiday because we declared our independence from the British. 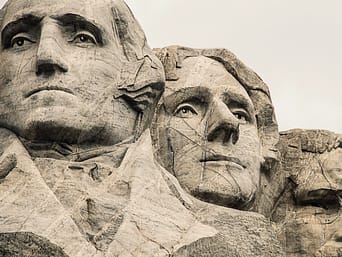 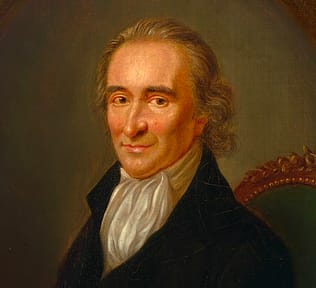 Yes, you are correct, but there is more. We honor this day because a handful of people did not want to suffer persecution for their thoughts and beliefs. I think the last sentence is important for a couple of reasons.

The first is that the term persecution does not just mean jail time or fines. Most colonial citizens decided to make America their country to escape the British Monarchy and the structured hierarchy. That is to say, when you were a lower-class citizen, you were going to stay there. The established classes were closed to outsiders, that is to say, that the idea of social mobility was not available to the Serfs. The persecution they were experiencing was the intentional laws that kept people heavily taxed, with little representation, and ethnically divided.

The second reason we celebrate this day of independence is because of one man. No, not George Washington or Thomas Jefferson. His name is Thomas Paine, and he was the author of Common Sense. Thomas used pamphlets as his medium to communicate back in the late 1700s. Think of them as a blog today, concise documents designed to deliver a lot of information in a compact form.

Common Sense advocated independence for the American colonies from Britain, and it spoke to the average citizens and political leaders in a way few had at that time. You have to remember that most citizens in the U.S. were former British countrymen and felt a certain familiarity with Great Britain. Paine explained that they were still facing segregation, confinement, and religious pressure from a government that legitimately had no right to rule over them.

In Common Sense, Thomas outlined two main arguments for independence. One, the thirteen colonies did not need oversight from England and its King. The second, representation. He argued that it was "common sense" that we have a democratic society where men and women would receive equal representation in how our country would support us.

This simple 47-page pamphlet would sell over 500,000 copies and change the direction of our country forever. Paine fundamentally created a new narrative of the colonist's argument with the crown with the following thoughts: Europe, not England, is the parent country of America. This new world hath been the asylum for the persecuted lovers of civil and religious liberty from every part of Europe. Hither they have fled, not from the tender embraces of the mother, but from the cruelty of the monster; and it is so far true of England that the same tyranny which drove the first emigrants from home, pursues their descendants still.”

I'll be honest with you all, I did not learn about Common Sense in school. I have heard of Thomas Paine, but would not be able to tell you what he did until I started writing this blog. I can't help but read his words and apply them to how our wonderful country has yet to see the final vision of our forefathers.

It makes no difference which party you prefer today. I see companies like Amazon and GE, that pay little to no income tax. They claim the burden would be too great and cost jobs, thus hurting our economy. Consider this: Amazon delivered a record performance in 2020 with annual revenue up 38% to $386 billion, a yearly increase of over $100 billion. Net profit for Amazon was up 84% for the year as compared to last year.

They Paid How Much?

In 2018, Amazon posted an income of more than $11 billion, but the company paid $0 in federal taxes. Thanks to tax credits and deductions, Amazon actually received a federal tax refund of $129 million. That was a year after Amazon received a $137 million refund from the federal government for 2017

Why don't billion-dollar companies pay taxes when a U.S. citizen who makes $12,400 has to pay their taxes? The answer lies in your state and federal representatives, in both parties.

In this country, if you have the means, you pay Washington lobbyists to put "pressure" on elected officials to write laws that help you continue to make money or avoid paying taxes. Well, you might ask, why don't we, the people have lobbyists to help us? Good question. I always thought our lobbyists were supposed to be the elected officials we put in office. It turns out that the founding fathers wanted that to be true. However, money does the voting now.

Not sure yet? Take a look at Citizens United, a campaign funding scheme created in 1988 by Floyd Brown, a longtime Washington political consultant. He was one man who wanted to shape our democracy through the power of money. Here is a quick look at what this group has and continues to do to support candidates.

In Citizens United v. FEC, the Supreme Court asserted that corporations are people and removed reasonable campaign contribution limits, allowing a small group of wealthy donors and special interests to use dark money (untraceable money) to influence elections. This court ruling has led to policies that benefit special interests, not policies that enjoy support from the majority of Americans. According to an analysis by End Citizens United:

I could go on and on about why this country doesn't support sensible gun laws, why our tax dollars were used to bail out wall street, and why our underfunded education system is hurting our children. No matter where you stand on these issues, they are just that, unresolved issues.

As Americans, we want the right to work in fair and equal-paying jobs. We want affordable health care that won't bankrupt us or take a large portion of our earnings to have it. We want to be able to afford college and not go into debt to get a bachelor's degree. The answer isn't to pay more in taxes. The answer isn't to vilify immigrants looking for a better life. The answer is us. Like Amazon, we are 328 million strong. Okay, Amazon is $386 billion strong, but you get my point.

I don't know what it will take for us to remember that "we the people" are this country, not the other way around.

T.J. Got it Right

The founding fathers said it right. This last paragraph is from the pen of Thomas Jefferson and written in the Declaration of Independence.
That whenever any Form of Government becomes destructive of these ends, it is the right of the People to alter or to abolish it, and to institute new Government, laying its foundation on such principles, and organizing its powers in such form, as to them shall seem most likely to effect their Safety and Happiness… it is their right, it is their duty, to throw off such Government, and to provide new Guards for their future security.

On that note, Happy Independence Day!