Was There Just One Religion?

A Man Worth Knowing

James Forrestal was a Bond Salesman, President of Dillon Read Co., WWI Naval Aviator, Secretary of the Navy, and the first Secretary of the newly created Department of Defense (responsible for procuring billions of dollars for the U.S. Military's budget). However, he committed suicide on May 22, 1949, at the age of 57. Why?

Forrestal reportedly was suffering from depression and went to Bethesda Naval Hospital for treatment. And seven weeks after his admittance, he died from fatal injuries from concrete poisoning. Or, as it was reported, by falling out a sixteenth-floor window with a robe belt tied around his neck. So, just to be clear, he tried to hang himself but fell out a window in his room on the 16th floor. That was the official story in 1949. 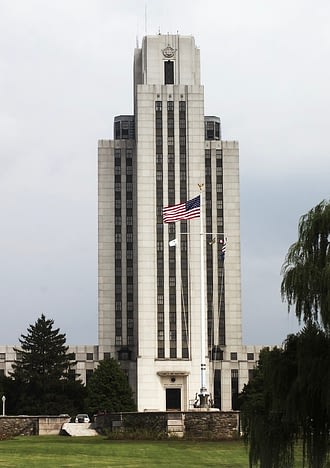 There was no official inquiry into Forrestal's death, except for the National Naval Medical Center's post autopsy. The result was that the death was not caused by the intent, fault, negligence, or inefficiency of any person or persons, in the naval service or connected therewith-in.

My question is how a successful (his net worth was around $300M in today's money) former President of Dillon, Read Co., and Secretary of Defense dies of suspicious circumstances and no one is concerned.

Do You Know Me? 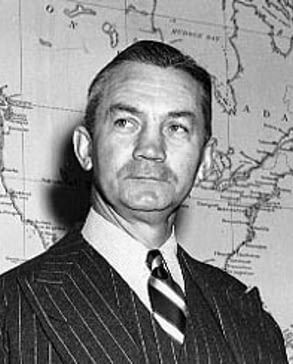 Furthermore, I also think it is interesting to note that even though Forrestal lead the Dept. of Defense, he was not a proponent of unifying the armed forces in budget approval. In translation, he did not want the defense contractors to have control of budget appropriations in the U.S. Government.

To get a better understanding of why Forrestal may have been killed, you will need to understand what the following terms mean. The first is Majestic 12 (MJ-12), the second is operation paperclip, and the third is the Roswell incident.

Majestic 12 (MJ-12) was a group of men that President Truman asked James Forrestal to assemble in 1947. The group was created with the top 12 scientists and technically sound government officials of the day. It was a top-secret group that only the President of the United States (Truman) had access to. Their guidelines were to be of “service to others” sentient beings. The group could not have a political ideology. And all members needed a technical background.

The goals of the group were to utilize everything they could from recovered alien technology. Second, to reverse engineer what they could recover, and third, keep foreign powers from knowing this project existed.

All is Forgiven, Now Help Us

Operation Paperclip was the codename under which the U.S. intelligence and military services extricated scientists from Germany during and after the final stages of World War II. During this time, the U.S. was aware that the Soviet Union was advancing on Germany and wanted any technology or data from the scientist before the Soviets could get it.

The main interest was German scientists specializing in aerodynamics and rocketry (such as those involved in the V-1 and V-2 projects), chemical weapons, chemical reaction technology, and medicine.

These scientists and their families came to the United States without State Department review and approval. Based on their service for Hitler's Third Reich, NSDAP, and SS membership, they would not have qualified for officially obtaining visas.

The majority of the scientists, numbering almost 500, were deployed at White Sands Proving Ground, New Mexico, Fort Bliss, Texas, and Huntsville, Alabama. They worked on guided missile and ballistic missile technology and radar services. However, many of them became the foundation of NASA and the U.S. ICBM program led by one of their own, Wernher von Braun.

The first two programs were a result of the unidentified flying aircraft that appeared during WWII. Roswell supercharged the MJ-12 project and united Wernher Von Braun with Forrestal. The Roswell incident has become a legend or a joke depending on how you feel about UFOs. Here are the facts, so that you can make your own decision.
Operation Paperclip gave the U.S. military top scientist from all over the world, and they started to work on tracking UFOs. They used the advanced radar sites to uncloak and disable extraterrestrial vehicles. In other words, any non-U.S. plane that entered our airspace.
MJ-12 allowed Truman to formalize a command structure and implement systems to acquire, recover, and analyze these mysterious extraterrestrial objects.

Oops, I did it Again

On July 6, 1947, there was a report of an unidentified flying object that crashed on a ranch in Roswell New Mexico. W.W. “Mac” Brazel found the wreckage on his sizable property in Lincoln County, New Mexico, approximately 75 miles north of Roswell. Understand that this was not a military or commercial craft, he went to the authorities. He brought some of the damaged material to Sheriff George Wilcox of Roswell, who in turn brought it to the attention of Colonel William Blanchard, the commanding officer of the Roswell Army Air Field (RAAF).

The following day Blanchard gave a young Army press officer, 1st Lt. Walter Haut, a statement to send to the local press. In it, he wrote, “The many rumors regarding the flying disc became a reality yesterday when the intelligence office of the 509th Bomb Group of the Eighth Air Force, Roswell Army Air Field, was fortunate enough to gain possession of a disc through the cooperation of one of the local ranchers and the sheriff's office of Chaves County.”

The press statement quickly made international news, and the Army Air Force changed their story and said it was just a weather balloon. Here is a picture of the newspaper's headline.

Trust in What You Don't Understand

It doesn't matter that the Army retracted to the original claim of a flying disk. What matters is that the story came out on July 8, 1947, and then retraction a day later.

Over the years, several Army officers came forward and shared their truth. Here is what the young Army press officer, 1st Lt. Walter Haut, had to say via videotape before his death.  Click here to watch the video. He also signed an affidavit that stated Colonel William Blanchard, the commanding officer of Roswell Army Air Field, took him to building 84, a hanger at the east end of the base. In that hanger, Haut was allowed to observe the craft. It was 12 - 15 feet in length with a similar width and about 6 feet high. The surface of the craft appeared to be metallic, and there were no doors, portholes, wings, or a tail section.

After he saw the craft, he could see the bodies of the crew. Haut said the bodies were covered with a canvas, but the heads were visible and a little larger than normal. Based on the outline in the canvas, the body seemed to be the size of a ten-year-old child.

Lieutenant Colonel Philip J. Corso was the head of a covert government group under the leadership of the first Director of Central Intelligence, Adm. Roscoe H. Hillenkoetter (1947). Among its tasks was to collect all information on off-planet technology. Meanwhile, the U.S. administration simultaneously discounted the existence of flying saucers in the eyes of the public. See Project Blue Book, also established in 1947.

According to Corso, the reverse engineering of these artifacts indirectly led to the development of accelerated particle beam devices, fiber optics, lasers, Kevlar, and the integrated circuit chip.

Guess who is credited with creating the integrated circuit chip? Jack Kilby. Where did he work when he "created" it? Texas Instruments. Who owned Texas Instruments?  Bernard Baruch and John D. Rockefeller through a merger in 1954 with Continental Tire. I could not make this stuff up if I tried.

In conclusion, we have James Forrestal, a man who created the Dept. of Defense in 1947 for Truman. He was asked to head and assemble the Majestic 12 in 1947, for Truman. The Roswell Incident happened in 1947.  Operation Paperclip is created in 1945, and Project Blue Book is in operation in 1947.

Why would Forrestal's life be in jeopardy two years later? Also, why would UFOs need to be discredited along with the people who witnessed these craft?

A book written by William Tompkins may help shed some light on this question. Tompkins was a Naval Aircraft Research and Design master who headed up spaceship design. He was tasked with coordinating intelligence and data retrieved from American spying operations in Nazi Germany. Who did he give the findings to? James Forrestal.

Forrestal told Tompkins that he recruited Rico Botta, a 3rd class seaman to run the intelligence team and get Nazi classified UFO technology. Why an undereducated 3rd class seaman? Forrestal said because all the books in Annapolis, Colleges, and Universities are misinformation regarding physics. He needed someone who could collect information that seemed impossible to believe and deliver it to him without prejudice.

After the collection of Nazi data, operation paperclip, and the end of WWII, Forrestal took a young Naval Intelligence operative by the name of John F. Kennedy to Germany in 1945 and toured their facilities. Meanwhile, after the trip, Forrestal is head of the new Dept of Defense, and Kennedy becomes a Congressman for the 11th district of Massachusetts.

Tompkins states that Forrestal wanted to share the UFO technology with the people of the U.S., and take advantage of Free Energy, fiber optics, and other advanced technologies he has seen. William Tompkins says, take a look at the "Burn" memo" from Andrew Dulles.

Dulles worked on many covert operations during WWII, and in 1948 he co-authored the Dulles–Jackson–Correa Report, which was sharply critical of the Central Intelligence Agency. He would end up heading the agency's covert operations as Deputy Director of the CIA only three years later, in 1951.

Most importantly, Tompkins believes that the Burn memo was an order to assassinate Forrestal and tie up any loose ends to the alien intelligence connection with Germany and the United States.

I know this is a lot of information, on the other hand, I wanted to give you a view of what I have researched and let you determine for yourself if the story rings true. Another thing I found shocking was that my old friend, Bernard Baruch, was tied into this story, yet here he is. I also did a blog on JFK, and it seems he was read in (aware) of the alien technologies too.

There is no one great conspiracy here, that is to say, this is a collection of many identified truths from reputable people. I was just curious about Forrestal and this is where I ended up.

None of this information surprises me. More importantly, It doesn't make me mad. I feel that it just gets me closer to the truth that there is more. Imagine what the possibilities are for all of us if we get to use this technology. What would you do with free energy? Would you like to stay on Earth, or travel the galaxy?

The future is and always was now.