The Power of The Pen

Few people in this world can give you a sense of the past and make you swear that you were there. The task of making you believe is only one part of the equation. The second and more important part is to make you feel every sensation without making you want to run and hide from your emotions. My next subject is just such a person.
Chloe Ardelia Wofford was born on February 18, 1931, in Lorain, Ohio. You might know her as Toni Morrison, the famed Pulitzer and Nobel-winning novelist, essayist, children's writer, and professor.

In this paragraph I will give you a sense of who this women always knew she was.  At the age of 12, Chloe became a Catholic and of her own volition took on her baptismal name Anthony or Anthony of Lisbon. A Catholic priest born and raised by a wealthy family in Lisbon, Portugal, and devoted his life to helping the poor and the sick. He was one of the most quickly canonized saints in church history and was also the patron saint of lost things.  She would end up shortening Anthony for Toni, and the name stuck. Even as a child, she could see the irony in changing her name. 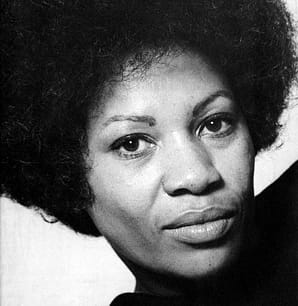 Toni came from a family that was no stranger to racism but truly wanted her to grow up in a more integrated community like Lorain. She experienced first-hand segregation when she enrolled at Howard University in Washington, D.C., in 1949. 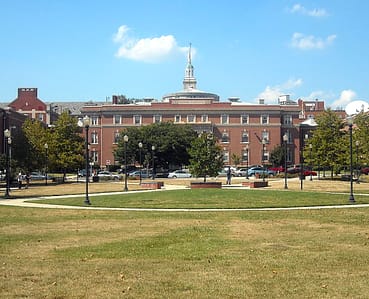 Morrison would see racially segregated restaurants and buses for the first time. As a result, she would hold her stories and feelings to herself for years but would later share them through her novels.
Toni would earn her B.A. in English and receive a Master of Arts from Cornell University in 1955. Her master's thesis was titled "Virginia Woolf's and William Faulkner's treatment of the alienated.

As a graduate, she would become a teacher at several universities through her first couple of years of work, and in 1958 she would marry an Architect. The marriage only lasted two years, and Toni would have two children with him.

In 1965, Morrison began working as an editor for L. W. Singer, a textbook division of publisher Random House, becoming their first black woman senior editor in the fiction department.

After several years of editing for other writers, Morrison quickly realized that she also had the talent to write. In 1970, she would rise every morning at 4 am to re-working a short story she had written while attending Howard. It was about a young black girl who had always wanted blue eyes.  The Bluest Eye was published by Holt, Rinehart, and Winston later that year. Morrison was a 39-year-old single mother of two and was starting to realize her dream.

The book received good reviews but was not a big seller. However, the City University of New York put The Bluest Eye on its reading list for its new Black studies department, as did other colleges, which increased her book sales. She would write several other books (Sula and Song of Solomon) that got her national acclaim and lead her to leave publishing and pursue her two loves, writing and teaching.

In 1987 Toni released her next novel, Beloved, to the public. It is a story she wrote based on a real-life event. A runaway slave named Margaret Garner was being hunted by slave trackers who wanted to return her to her master was faced with an awful decision. She decided to kill her 2-year-old daughter and herself rather than returning to the south. Unfortunately, she was captured by the trackers just after she had taken her daughter's life.

Morrison learned of the story while compiling The Black Book, an anthology of photographs, illustrations, essays, and documents of black life in the United States during the history of slavery to the 1920s. She came across an account of Garner titled "A Visit to the Slave Mother who Killed Her Child" in an 1856 newspaper article published in the American Baptist.  She creates the story of the child's spirit, Beloved, returning to her mother in a human form to challenge her and the rest of the family in emotional and challenging ways. It is less of a horror story and more of a picture of the emotional demons the human mind must either contend with or suffer by.

The book's dedication reads "Sixty Million and more," referring to the Africans and their descendants who died because of the Atlantic slave trade. The book's epigraph is Romans 9:25:

“I will call them My people, who were not My people,

And her beloved, who was not beloved.”

Despite being a Best Seller for 25 weeks, Beloved did not win the prestigious National Book Award or the National Book Critics Circle Award. Maya Angelou and Forty-seven other black critics and writers protested the awards publically in defense of Morrison. Two months later, Beloved won the Pulitzer Prize for Fiction. It also won an Anisfield-Wolf Book Award.

Beloved had caught the eye of one of the countries top personalities, Oprah, and allowed a much larger audience to gain insight into Toni's work. Oprah would option the book as a motion picture and star as the main character, Sethe, alongside Danny Glover as Sethe's lover, Paul D, and Thandie Newton as Beloved.

Although the movie was not a success, it did however, support Morrison in ways she could not have imagined. Oprah or the Oprah Effect as it is know had allowed 13 million tv viewers to peer into the world of slavery and all that comes with it. Oprah would also launch her newly created book club with Toni's third book, Song of Solomon. The book was such a hit with the viewers that Winfrey would add three more of Morrison's books to the list. The net effect was Toni had sold millions of more books some 20 years after their first release.

There is More to The Story

As Morrison's exposure grew, she would continue to explore new genres of artistic expression and create musicals, operas, and art. The one thing she chose not to do was to write about her own life in a memoir or autobiography. She felt as though there were better stories to tell than her own. Even as the Chair in Humanities, at Princeton University, she would tell her students, "I don't want to hear about your little lives." She would encourage her students to go beyond their bubble and explore the world around them. She had made such an impression at the school, that Princeton University dedicated Morrison Hall (a building previously called West College) in her honor.

Being a writer was a way of life for Toni, but she didn't always do it alone. She had shared that joy with her son, Slade Morrison. They had collaborated on children's books and spent a lot of time together before his death from pancreatic cancer on December 22, 2010, he was only 45.

It took Toni years to recover from her loss but she continued to write books and speak at numerous events. Her last novel, God Help the Child, was about an executive in the fashion and beauty industry whose mother tormented her as a child for being dark-skinned – a childhood trauma that has dogged the women her whole life.

Toni was 88 years old when she died of complications of pneumonia in the Bronx, New York City, on August 5, 2019.
One of the last commencement addresses she gave at Rutgers University-New Brunswick was a powerful speech on the "pursuit of life, liberty, meaningfulness, integrity, and truth."

In conclusion, if you look back on the life of Toni Morrison, you can see that she pursued life to its fullest, and she did create meaningfulness with integrity and truth. I don't think you can ask any more of a fellow human being or yourself.

You do not need to be a public figure to affect other people, but you do have to challenge yourself to release the fear and create meaningfulness for yourself.