Eternal Vigilance is The Price of Liberty

You Came Here to Have Fun!

Do You Know This Man?

On February 2, 2017, the then President of the United States said, “Frederick Douglass is an example of somebody who’s done an amazing job and is getting recognized more and more, I notice." The media and critics of the President immediately jumped on the story to point out that it seemed he did not know that the famous abolitionist Frederick Douglass was dead or frankly, what he had even done to deserve the recognition during Black History Month. 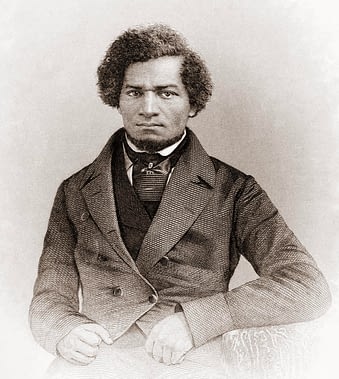 I to laughed at the President for what seemed like such an offensive gaffe, but then I took a look at my knowledge of Frederick Douglass and realized I didn't know that much about him either.

I Want to Learn More

I knew if I pointed out someone's ignorance, I would have to point it out in myself too.
My goal is to give a summation of Douglasses life and add my thoughts to the heralding experiences this man had in order to gain his freedom. 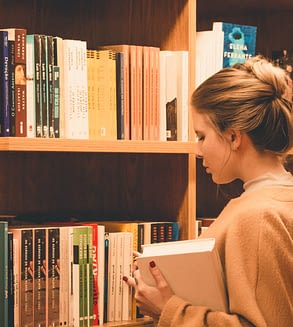 Frederick Douglass was believed to have been born in February of 1818, but no birth records were available to verify this. Especially babies that were born from a white father and a black mother. After his birth, he was separated from his slave mother and sent to live with his Grandmother on a plantation in Maryland, until he was eight years old. He was then sent to Baltimore to live as a house servant with the family of Hugh Auld. Luckily for Frederick, he was taught to read by Ms. Auld, even though it was against state law.  She had seen how curious a child he was and she wanted to support him.  Mr. Auld, however, declared that learning would make him unfit for slavery, but Frederick determined to continue his education secretly with the aid of schoolboys he met in the streets.  This thrust for knowledge and equality would serve him well for the rest of his life.

After several years of service, he was returned to the plantation as a field hand at 16. Douglass would continue to be excited by learning, and it would bring him to Baltimore as a ship caulker. Frederick did not want to live in bondage and recruited three other coworkers to try and escape in 1833, but their plan was discovered before they could get away. Five years later, however, he fled to New York City and then to New Bedford, Massachusetts, where he worked as a laborer for three years. He was able to elude slave hunters by changing his surname to Douglass.

Through his adventures and yearning to be a free man, he made friends in the abolitionist community. These friends asked him if he would speak about his feelings and experiences under slavery at a Nantucket, Massachusetts, antislavery convention in 1841. He agreed and unknowingly set his life in a new direction.

Fredericks great skill at speaking about his life experiences was so eloquent and poignant that the Massachusetts Anti-Slavery Society quickly enlisted him as their chosen orator and champion. No matter the insults, mockery, or even personal violence towards him, Douglass was always committed to being the main face of the abolitionist cause.
To continue his work and avoid recapture, Douglass would go on a European speaking tour in Great Britain and Ireland. During his travels, he would go on to encounter many allies in the fight against slavery. Those relationships would be long-lasting friendships for him and between the two continents for years to come.

In a concerted effort to educate people on what he was and what he stood for, Frederick wrote his autobiography in 1845, which he later updated in 1882. He named his book Life and Times of Frederick Douglass, and with the proceeds of this book and his speaking work in Europe, he was able to purchase his freedom back in 1846. Around the same time, he created and published a newspaper called the North Star that spoke to all people but focused mainly on anti-slavery and the struggle for freedom.
Douglas was more concerned with helping slaves through the political process, not violence, and this was a great dividing point for many abolitionists of the day. Frederick had decided that he would start to develop a relationship with a young and upcoming politician by the name of James Gillespie Birney, who was the newly elected presidential candidate of the Liberty Party in 1840 and again in 1844. Although neither run as a Presidential candidate was successful, it propelled Douglas onto the political scene. Like it or not, Douglas influenced a lot of white voters, and the politicians were taking notice.

As his prominence rose, so did his ability to consult with national leaders. One leader, in particular, President Abraham Lincoln, asked for his guidance during the civil war (1861-65). After Lincoln's death, he had consulted during the reconstruction period (1865-77) and for full civil rights for Freedmen and women's rights.
After Reconstruction, Douglass served as assistant secretary of the Santo Domingo Commission (1871), and in the District of Columbia, he was marshal (1877–81) and recorder of deeds (1881–86). Finally, he was appointed U.S. minister and consul general to Haiti (1889–91).
In 1888, Frederick would become the first African American to receive a vote for President of the United States during the Republican National Convention. To get a sense of Frederick's strength and humility, you need to know that he met and made peace with his former "owner", Thomas Auld. The two men were reported to have reconciled through forgiveness.

Strong Until the End

Frederick Douglas passed away in 1895, at the age of 77. He had suffered a heart attack on his way home from a meeting of the National Council of Women, to lend his support to Susan B. Anthony for women's right to vote rally. A law that would not get enacted until August 18, 1920.
Even in his last days, Douglas was a powerful voice in Freedom, and liberty for all. He was the people's champion and never wavered from his responsibilities to help others move forward. Frederick Douglas was an American Giant that affected this and many other countries, in a time where most black men had no voice. He is definitely worth knowing, and more importantly, he is someone we can all aspire to be.

As I pointed out at the beginning of this post, I laughed at the President's ignorance regarding Frederick Douglas. After writing this story and researching this man's life, I realize I was ignorant too. Who knew all the amazing things this man did in his life for himself and our country.  The one thing I know now is that I am glad that I'm curious, just like Frederick was.