Share0
Tweet0
Share0
Share0
Tweet0
Share0
I have loved cars all my life. My Grandfather sold Chevrolets for about thirty years and was a big influence on the kind of cars I liked and loved. I was born in 1966 and around that time Chevy would send out promotional kiddie cars to dealers that they would give to customers who purchased a top of the line Chevy like convertibles and Corvettes. So as I was growing up I got a lot of kiddie car corvettes to play with. In my early teen years, my Grandfather would bring me additions of Corvette News when he would come over and visit. This magazine was produced by GM and only for Corvette owners, so it was kind of a big deal that I got to enjoy them. 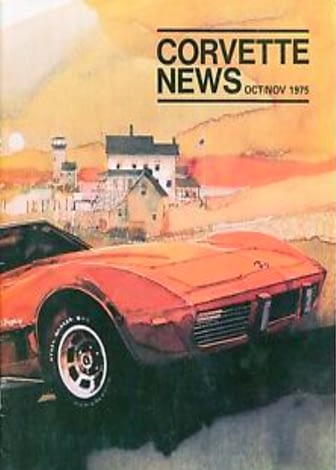 Over the years I have owned several Chevys (1974 Chevelle, 1990 Berretta, and a 2001 Corvette convertible) but one has eluded me. The 1968 Camero convertible. In college, I had a 1974 Trans Am and one of my friends has a 1968 Camaro convertible. He liked the power of my car and liked the convertible he had so we would exchange cars with each other all the time. His was Matador Red with a black top and interior and it had a 327 V8.
I loved driving that car around in the summer and had a lot of fun with friends just cruising around.
Thirty-five years later I can still feel the sensation of putting the "horseshoe" gear selector into drive and the openness of the convertible along with the sound of Sammy Hagger's (Standing Hampton) song, I'll fall in love again, playing through the single speaker in the dash.
If you like to time travel as I do, then I suggest that you buy a car that is as close to the one that made you feel so good in your youth. If you can't find the exact car, then go ahead and build one.
So, what would I build? That's easy. I would find a 1968 Camaro convertible but this time around it would be Gratto Blue (see picture above) with Parchment interior, white top and have the Rally Sport package added. I'd also spec the original wheel covers but have them custom built to 17 inches. Just big enough to fill the wheel wells and still have a slim white wall on the tire (see picture below for RS trim).

I would love to have a slightly modified 327 cu. in. but instead of the carberator, I would have electronic fuel injection for ease of use and reliability. I'd also add some discrete speakers and upgrade the stereo so that I could use my iPhone instead of a cassette tape to play Sammy.
I know a lot of people completely update the first generation Camaros and add in LS3's and loud exhaust but I'm really into subtle tweaks to what I believe is one of the most beautiful cars that came out of the GM design center.
If you have a favorite car that brings back wonderful memories let me know about it. And let's time travel together!
Previous
Next