HERE’S TO YOUR HEALTH

What are You Afraid of?

Do you care about healthcare? Is health insurance an issue for you? How Healthy is the average American, and where does our healthcare system rate in the world?
I'll be attempting to answer these and other questions regarding the health of our country's care system. I usually try to keep my blogs to 1000 words or less, so I will have to go less on detail and more on substance. The links I will provide should give you more insight if you choose to dig deeper.

Federalized health care has been around since Ben Franklin helped create the Pennsylvania Hospital in 1751. The nation’s first such institution to treat medical conditions for the population. 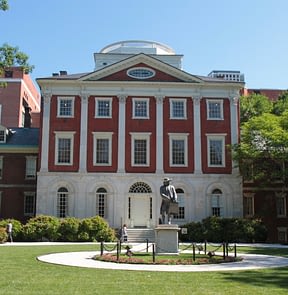 Could You Answer a Few Questions? 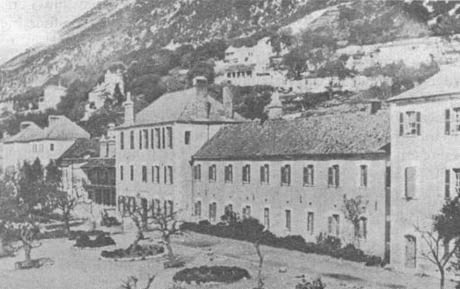 When the first national census of benevolent institutions was conducted, in 1910, it showed that 45.6 percent of these institutions received public appropriations. What was the total expenditure, you may ask? It was around $20 million ($571,991,578 today).

As the Federal government expanded its reach to support health issues facing U.S. citizens, it changed its name from Marine Hospital Service to the Public Health Service.

Where does it End?

To gain a better perspective of spending, the federal, state, and local health agencies spent an estimated $14. 4 billion on core public health functions in 1993, about 1%-2% of the $903 billion in total healthcare expenditures. Today the total healthcare budget is $10.30 trillion. The distribution of the budget breakdown this way: $7.25 trillion for federal, $2.01 trillion for state, and a $2.07 trillion local.

Here is the breakdown for the following services:

Here are the statistical facts I found: A 2017 survey of the healthcare systems of 11 developed countries found the U.S. healthcare system to be the most expensive and worst-performing in terms of health access, efficiency, and equity. In a 2018 study, the USA ranked 29th in healthcare access and quality in the world.

The statistics I have provided have me asking why are we paying the most money for the worst-performing healthcare? Is it the system? Are our doctors undereducated? Is it our lifestyle? The more I dig, the more I see the answer is yes.

What Is Managed Care? If you don't know the answer to this question, you are not alone. However, if you are part of a network health plan, there is a 75% chance that you are in a managed care system.

Healthcare and rising costs are not a new discussion. You can thank the Nixon administration for the passage of the Health Maintenance Organization Act of 1973, which ushered managed care into the U.S. in a big way.

Managed care attempts to control healthcare costs through utilization management. In other words, managing payers (insurance companies) to evaluate the need and appropriateness of care on a case-by-case basis before care can be given. You know, the referral system from your primary care doctor. A safety net against doctors who billed the insurance company excessively. This theory has never been proven but remains an argument for managed care.

There are three primary types of managed care organizations: Health Maintenance Organizations (HMOs), Preferred Provider Organizations (PPOs), and Point of Service (POS) plans. These plans are separated by access to doctors and how much they cost the consumer.

Would you like to know who these managed care businesses are? The three of the largest U.S. health insurers are -- UnitedHealth Group, Anthem, and Humana. Each of these companies enjoys the majority of their profits from the Medicaid and Medicare system payments.

A Piece of The Pie

What does this mean in terms of good business? Here is an overview:

UnitedHealth generates more revenue from its Medicare & Retirement business segment than any other outside of its Optum business unit. Medicaid represents the company's fastest-growing business in terms of individuals covered.

Anthem makes more than half of its revenue from its Government Business unit, which includes Medicare and Medicaid plans. Like UnitedHealth, Anthem's biggest membership growth comes from Medicaid -- with nearly 20% year-over-year growth reported last quarter.

Humana, nevertheless, wins among the three with a year-over-year increase of more than 110% in Medicaid membership last quarter. Medicare is also enormously important to Humana, accounting for nearly 85% of total premium revenue.

I'm not here to beat up on insurance companies, I'm just running down the facts of a $10 Trillion budget that supports the worst-performing healthcare system in the industrialized world. Hell, we are 29th in the world in quality care. What does poor quality care look like? And, I am grateful for acute care. If we get sick or break a bone, it is good to have trained medical folks to help us out and ease our pain.

As I have stated in many of my blogs, follow the money. The managed care providers are receiving 46 percent of Medicare/Medicaid program spending. If you do the math, that is about $533 billion in revenue split among a few companies in this country. Would you be up for a piece of that budget?

The official Medicaid program, along with its sister program, Medicare, was signed into law in 1965 as part of the Social Security Act to protect our retirees. However, over the past 56 years, the cost of healthcare has skyrocketed past what the average retiree is coverage for. Additionally, the program has added diabetics, hospice care, poor pregnant women, children, and long-term assistance to its plan.

It's Not What You Know

Drug costs and usage have steadily increased during the past 50 years. In 2019 $369.7 billion was spent to cover these costs. The largest shares of total health spending are paid for by the federal government (29.0 percent) and the households (28.4 percent).

Forget about the money for a second and consider why prescription drugs are so prevalent today. Here's a clue, in the recent past during the Trump administration Alex Azar was appointed the head of the U.S. Department of Health and Human Services. If his name sounds familiar, that is because he was the president of Lilly USA. During his time at Lilly, he dramatically raised the price of insulin in the United States—by 20.8 percent in 2014, 16.9 percent the following year, and 7.5 percent the year after that. Do you remember what I wrote about Medicare/Medicaid adding diabetics to the program.

Well during the Obama administration in 2014, they enabled states to expand Medicaid eligibility to cover all individuals up to 138% of poverty, including adults without children, a group that has historically been ineligible for the program to access care. Part of that care and treatment is insulin.

One last thought. Diabetes is one of the most prevalent chronic conditions and a leading cause of death in the United States. Individuals with diabetes are at increased risk for serious health problems, including heart disease and stroke, hypertension, blindness, kidney disease, and amputations. These complications are the main reason why the illness is so expensive. What causes diabetes? Although not everyone with type 2 diabetes is overweight, obesity and an inactive lifestyle are two of the most common causes of type 2 diabetes. These things are responsible for about 90% to 95% of diabetes cases in the United States.

It is my summation that we as a people can change the narrative of health care costs by choosing lifestyles that support our health. Examples are eating healthy "whole" foods. Going for walks in your neighborhood or riding your bike more often. Even going outside and enjoying the sun when you can, will boost your immune system with Vitamine D.
I know, it sounds too easy. Well, it is if you "think" it is. The alternative is you just keep supporting the system as it is today. The choice is, once again yours.