One Person can Change Everything

When you think about British rule, you think about the King or Queen of England and their vast army and navy. As an American, I think about the Boston Tea Party and the fight over taxation without representation and the "perceived" monopoly of the East India Company. Ultimately this brand of Imperialism led to the American War of Independence and our victory over the British at Yorktown, Virginia, in 1781. However, there is a deeper connection to the dominance the English once had over the countries on this planet.

Today I focus on the country of India and one man who changed the landscape of political power forever. His name was Mohandas Karamchand Gandhi, "Gandhi." He would later receive the honorific Mahātmā ("great-souled") in 1914 when he lived in South Africa, but I will get to that later in the story. 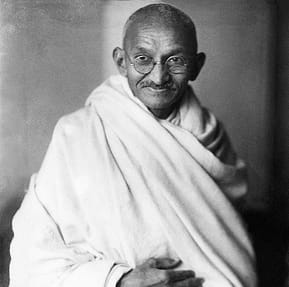 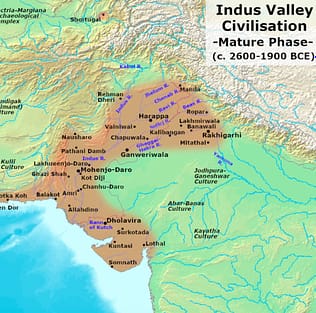 The British rule of India started from 1757 to 1947, almost 200 years. However, it is essential to note that Britan culture started some 3,000 years after India. Consider that Indian written history stretches back some 4,000 years to the civilization centers of the Indus Valley Culture at Harappa and Mohenjo-Daro.

England didn't have an indigenous written language until the 9th century CE. Furthermore, by 1850, India had a population of at least 200 million, and Britain had 21 million.

How could a smaller, less cultured country subjugate one vastly superior country? The answers vary, but you'll see that fear is at the root of your answer.

To understand Gandhi, you must first learn about the reasons for his nonviolent strikes against the British Raj (the rule of the British Crown on the Indian subcontinent from 1858 to 1947).

Britain had traded in India since about 1600, but it did not begin to seize large sections of land until 1757 when the critical Battle of Plassey took place. This battle pitted 3,000 soldiers of the British East India Company (note, not the British Army) against the 50,000-strong army of the young Nawab of Bengal, Siraj ud Daulah, and his French East India Company allies.

Fighting began on the morning of June 23, 1757. Heavy rain spoiled the Nawab's cannon powder (the British covered theirs), leading to his defeat. The Nawab lost at least 500 troops, while Britain lost only 22. Britain seized the modern equivalent of about $5 million from the Bengali treasury and used it to finance further expansion. The expansion helped to create dominance of the East India Company throughout India.

The East India Company is not the focus of this post; however, it is a petrifying lesson about the abuse of corporate power - one which is very appropriate to heed today. The company's creation was to exploit trade with East and Southeast Asia and India. Incorporated by royal charter on December 31, 1600, it was started as a monopolistic trading body so that England could participate in the East Indian spice trade.

Watch who You Step On

Queen Elizabeth the 1st granted the East India Company a royal charter - that allowed it to use military power to protect itself from competitors. And undertake expeditions to the Indian subcontinent.

As the company grew in power, so did its army. In other words, it had a more significant military in India than Britain. Consequently, the Queen got involved and had parliament break up the monopoly in 1813.

By 1858, the East India Company got nationalized by the British Crown - the dawn of the British Raj - which was the beginning of the direct rule of India.

Enter Gandhi, a man born into British rule, and high taxes would change the fortunes of England forever.

At age 22, 1891, Gandhi prepared to take his bar exam to become a lawyer. He quickly realized that establishing his practice in India would be difficult. So, Gandhi moved to South Africa in 1893 to represent an Indian merchant in a lawsuit. The move would last for 21 years.

Subsequently, Gandhi moved back to India with his family at age 45, as he was aware of the struggle his people were dealing with under British rule. He organized peasants, farmers, and urban laborers to protest against excessive land-tax (this is like property tax in the U.S. but much higher) and discrimination.

As a result, he became the leader of the Indian National Congress in 1921. He led national campaigns to ease poverty, expand women's rights, build religious and ethnic friendliness, end untouchability, and achieve swaraj or self-rule. Furthermore, Gandhi taught anti-colonial nationalism to ordinary Indians. Gandhi led them in challenging the British-imposed salt tax with the 400 km (250 mi) Dandi Salt March in 1930 and called for the British to leave India in 1942.

Gandhi sought a free India that included religious pluralism (multiple religions without fear). However, he was challenged in the early 1940s by a Muslim nationalism that demanded a separate homeland for Muslims within British India. The disagreement ultimately led to a partition into two dominions, a Hindu-majority India and a Muslim-majority Pakistan.

As many displaced Hindus, Muslims, and Sikhs made their way to their new lands, religious violence broke out, especially in the Punjab and Bengal. However, in 1947, Britain was defeated by Gandhi's nonviolent protests and granted Independence to India.

In July 1947, Britain's parliament passed the Indian Independence Act. Subsequently, less than one month later, the India-Pakistan border came into effect. This shockingly managed hand-over resulted in one of the most significant forced migrations of the 20th century, resulting in 200,000 - 2,000,000 deaths. Sikhs suffered the most relative to their numbers.

Most importantly, Gandhi did not participate in the independence celebrations. He focused his attention on the religious unrest to help his fellow citizens. For instance, Gandhi undertook several hunger strikes to stop the religious violence in the months following. The last of these began in Delhi on January 12, 1948, when he was 78.

Gandhi's power and support of a religiously free and independent country were met with fear by his government. As a result, a militant Hindu nationalist named Nathuram Godse from western India assassinated Gandhi by firing three bullets into the chest at an inter-faith prayer meeting in Delhi on January 30, 1948.

What Are you Afraid of?

A fearless man helped his people realize that they indeed had all the power—his insistence on non-violence helped create a safe environment for the citizens of India. And unlike America's war for Independence, not a shot was fired at a British soldier. Peace and non-compliance were enough to defeat the world's largest army.

When we no longer entangle with fear, it has nothing to connect to. You can decern what you like and don't like; however, you have a choice in participating with it or simply recognizing it. I know what Gandhi did.

I Once Was Blind, Now I See

What is My Unconscious Mind Thinking?

What’s In A Name?