Who is Elisha Gray? If you've ever talked on the telephone, you can thank this man for inventing it. But wait, you say, Alexander Graham Bell invented the telephone. Seth Shulman begs to differ. He is the man who wrote the investigative book, The Telephone Gambit: Chasing Alexander Graham Bell’s Secret. It turns out Bell bribed Zenas Wilbur, the clerk in the Patent Office who examined Bell’s application, in which ten years after the fact, he claimed the inventor gave him a $100 bill to reveal Gray’s patent caveat. In the patent office, Bell copied word for word and diagram for diagram, Gray's application.

I share this story with you so you can understand that not all heroes or industry titans are created equal. The best and most efficient inventions don't always win. I'd like you to keep an open mind to what I'm about to unveil to you next. 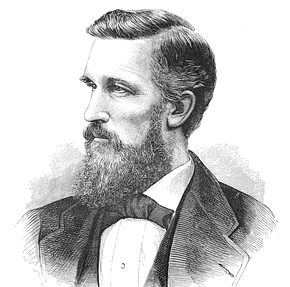 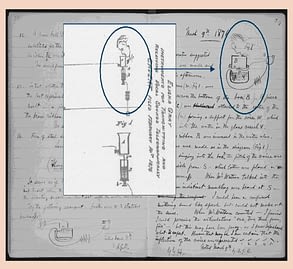 Joeseph Westley Newman was by all accounts a successful entrepreneur in the 1970s and 1980s. His big invention at the time was plastic dumbbell weights filled with a concrete mixture. Before then, all exercise weights were made of cast iron.

The manufacturing process made them expensive to own as a consumer. Joe change all that by creating a less expensive alternative targeted to the home fitness market. Working with the patent office, Joe secured the rights to his invention and was approached by several businesses to sell his rights. Diversified Products was the winning bidder of Joe's IP (intellectual property) and the new owner of the patents.

Meanwhile, Joe was flush with cash and interested in his next project. He, like most Americans, was being inundated by the news reports about the oil crisis and the cost of foreign oil. Joe wanted to focus his efforts on creating a new energy source that didn't rely on the old fossil fuels used at the time.  See my blog on the water car.

In 1979, after several years of research, Joe had developed a working prototype of an electromagnetic field generator. The device broke the first two laws of thermodynamics. Law 1: Energy (in this case, heat) is neither created nor destroyed in any thermodynamic system. The second, or Law 2: The total amount of disorder (also known as entropy) of a system and its surroundings will never decrease. Also known as a heat-based engine will never run at 100% efficiency, or it is impossible to convert heat completely into work.

Joe (and others) have proven that these laws are not accurate. Newman`s invention produced 25 times the energy it consumes by electromagnetically converting mass to energy. After witnessing the energy machine and running his tests, Roger Hastings, a senior physicist at the Sperry Corp. in Minnesota, wrote: ''The future of the human race may be dramatically uplifted by the large scale commercial development of this invention.''

Joe's theory, which he calls the ''unified field theory'', works on the principle that all matter is concentrated energy, which can be released if you have a mechanism for unlocking it. This principle is at the very heart of Einstein's famous E=MC 2 (Energy = Mass X The speed of light, squared) equation.

You be The Judge

I'd like you to think back to the earlier example I gave you about Elisha Gray when you read this next part.

Newman applied for a patent with the United States Patent Office in 1979 to protect his invention and enlisted the support of more than 30 interested scientists.

After three years of review, the Patent Office rejected Newman`s patent in 1982. Their statement was that ''More output than input attained smacks of `perpetual motion,'' Newman requested a re-examination. The request was granted, but his patent was not.

The patent office told Newman that if he submitted a single affidavit from an expert who had witnessed the machine and had tested it, he could have his patent. Joe went above and beyond and submitted 30 such affidavits. And still no patent. In January 1983, Newman sued the Patent Office in U.S. District Court in Washington.

Judge Thomas Jackson was assigned the case. He noticed that he was faced with conflicting claims and appointed a special master to investigate Newman's machine. That special master was William E. Schuyler Jr., a former head of the Patent Office. At the time, Judge Jackson called Schuyler`s credentials superb. Still, a year later, in the fall of 1984, Judge Jackson refused to accept Schuyler's results after the special master found that Newman "is entitled to a patent based upon his experiments and results."

Newman and his attorney requested that a pioneering patent be granted based on the master`s report. The patent office attorney protested.

Judge Jackson stated: ''I am not prepared at this point to conclude that Joseph Newman has produced a truly pioneering invention of the order of magnitude of the atomic and hydrogen bomb. Nevertheless, I am also equally unprepared to say on this record that Mr. Newman is a crackpot as a matter of law and that his invention cannot possibly, as a matter of physical principles, operate under any circumstances.''

Joe was then ordered to surrender his machine to the Patent Office for testing at the National Bureau of Standards. Above all, without his patent, Newman was billed $11,602 for the special master`s report by the U.S. Patent Office.

Meanwhile, the National Bureau of Standards rendered a 35-page report which concluded: ''At all conditions tested, the input power exceeds the output power. That is, the device did not deliver more energy than it used.''

We're all in This, Together

Newman and physicist Roger Hastings disputed the National Bureau of Standards testing of the machine. It turned out, In the testing process, the Bureau grounded the energy machine, which dispersed much of its generated energy before it could be measured, which they were not supposed to do to test it properly. In his tests of the machine, Hastings said that he never has had less than 100 percent results.

As you can guess from here, Joe didn't give up his fight. But as history has taught us, the government couldn't stop Newman financially, so they went after his character and credibility.

Joe died in 2015 shortly after a documentary was made of him and his invention. During the filming, he looked and acted emotionally drained, and was not always in control. However, he did not die in vain. Many have persevered to help move science principles forward, and mankind evolve.

Geoffrey Miller is one of those individuals. He worked closely with Joe in the 1990s and learned all of the secrets of Newman's motor. Thanks to Geoffrey’s disclosure of the circuit design at the 2017 Energy Conference, people are now able to replicate his work. You can learn more about Free Energy here at energybat.com.

You Have the Power

In conclusion, I want to share with you that the patent office is not a testing facility. It is also not an accredited body of scientists. There is no legal reason they can site that justifies them from stopping an inventor from creating a new energy source.
People, ordinary at best, run this and other government agencies, and as I have proven before, they are subject to bribery and pressure from outside influences. People also have the power to create what they want in this life. I'm grateful Joe and Elisha showed us the way.