Who invented the Ferris Wheel? Where was the original Ferris Wheel constructed, and why? These are questions no one asks anymore but that I'd like to take this opportunity to answer. I find it interesting to note that a simple structure found at any fair or amusement park in the world is never really considered. And the man that invented it went through so much to bring it to all of us. 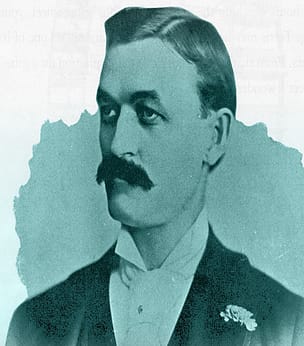 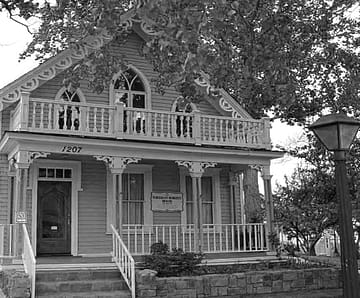 He lived in Galesburg until he was five years old and eventually moved to Carson City, Nevada. His father became a prominent agriculturalist/horticulturalists. George would go onto college and study engineering at Rensselaer Polytechnic Institute (RPI) in Troy, New York, and graduate in 1881.

Ferris began his career in the railroad industry and was interested in bridge building. He founded a company, G.W.G. Ferris & Co. in Pittsburgh, Pennsylvania, to test and inspect metals for railroads and bridge builders. Around this time, there was big news coming out of Chicago that they had won the bid to host the World's Columbian Exposition to be held in 1893.

The board of directors for the World's Exposition were Chicagoan elites, and they detested the moniker of the Second City. It was imperative to show the city as a modern central hub of commerce and culture. They required a unique and emblematic structure that would rival and surpass the Paris Exposition's Eifel Tower, from four years earlier. So, they created a contest to challenge American engineers to create a new and exciting engineering marvel for all the show-goers to experience.

Ferris knew that his idea would need to be larger than life and serve as a functional piece of art. He concluded that if people could view Paris at the top of a tower, why couldn't they do the same in Chicago, but at multiple elevations without moving an inch on their own.

With his engineering background and a flair for the dramatic, he set out to develop a lift system that would give many passengers multiple views of the White City in one sitting. Electric lighting, supplied by Westinghouse and General Electric, was also on display for the first time in history. He concluded that a wheel would serve the purpose of a lift, and a carriage attached to a wheel and would support multiple passengers in comfort. There would be no climbing stairs and no waiting for someone to move out the way to clear the view of what was sure to be a mesmerizing day or night time view.

Although the planners were impressed by Ferris' vision and design, they feared that a rotating wheel towering over the grounds could not possibly be safe.

Ferris did not give up. He called upon former colleagues and several prominent established engineers to endorse his design and knowledge, and the committee agreed to allow construction to begin. Even more impressive, he enlisted the financial support of several key Chicago investors to finance his vision. The reported amount was $400,000 ($11,772,311.00 today) for the construction and maintenance of the wheel. The planners were also excited about the new revenue stream that could help pull the exhibition out of the red.

To Big To Fail

To realize the scope of Ferris' design, you have to remove yourself from what you see at the local town fair today. The original Ferris Wheel was 265 feet tall, and the wheel rotated on a 71-ton, 45.5-foot long axle comprising what was at that time, the world's largest, hollow forging, and it weighed a staggering 89,320 pounds. One carriage could hold up to 60 people at a time, and the wheel could hold a total of 36 carriages, giving a total capacity of 2,160.
At the opening of the fair, the Ferris Wheel accommodated 38,000 passengers daily, taking 20 minutes to complete two revolutions, the first involving six stops to allow passengers to exit and enter and the second a nine-minute non-stop rotation, for which the ticket holder paid 50 cents. In total, it carried 2.5 million passengers and accounted for $1.25M in revenue ($36,788,472.00 today).

Eventually You Have to Exit The Ride

Unfortunately for Ferris, graft and misleading agreements left him and his investors out of the bulk of the profits. He claimed that he and his investors lost their portion of the nearly $750,000 ($22,073,083.33 today) profit that his wheel brought in. He would spend the next two years in litigation as well as fending off patent lawsuits. To add insult to injury, Ferris had to declare bankruptcy, and also would endure a divorce in the same year. Submitting to kidney failure and typhoid fever, George W.G. Ferris Jr. died in Pittsburgh on November 26, 1896, at the age of thirty-seven.

It would be easy to pity this man and think that he was ill-used by his partners and family. However, I contend that he left this earth with far more good than he inherited from it. A legacy of wonderment and enjoyment is what he left behind for the rest of us. If you stop and listen for a moment, you can hear the carnival barker in the distance, the aroma of popcorn and hotdogs, and children laughing. I can see my little girl's sense of awe as we lift off the starting pad for our adventure up into the sky. There is no better way to see the future while sitting in the past.

Wheel in The Sky

I know that I will not look at a Ferris Wheel the same ever again. I give thanks to the man for Illinois, who took a chance on his dream and fulfilled it.