Over the past several months, I've been sharing stories of extraordinary people who have contributed to our understanding of the world around us. For example, I've reviewed Aristotle's first written works and his thoughts that lead us into the modern age of quantum physics. I recently shared the story of William James, the "Father of American psychology" and creator of The Metaphysical Club. As a result, we know now that there is more to life than what we experience through our five senses. However, we still get distracted from understanding what "real" is and is not.

Today's subject is a man who perhaps gave us the most precise statement of the idea and understanding of matter. He claimed it was the permanent possibility of sensation. A sensation is a feeling, and if you recognize the sensation (good or bad), you connect with new matter (ideas or thoughts).

Who is this man? His name was Sir William Hamilton, and he was born on March 8, 1788, in Glasgow, Scotland. His thoughts and concepts inform today's modern metaphysics. 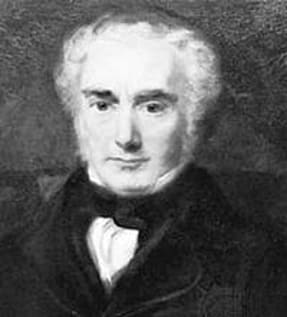 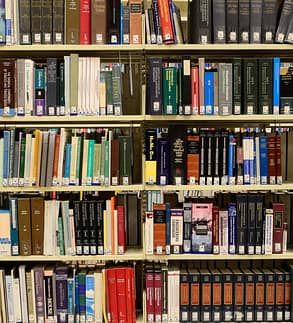 William was born into an academic family and was a quick study. He received a traditional English education but yearned for more. In 1817 and 1820, Hamilton made two essential visits to Germany.

He became fluent in German, making him the first Scottish (and British) philosopher of any consequence to encounter the immensely influential German philosophical movement that Kant had inaugurated. Hamilton's unique combination – an education in the Common Sense philosophy of Reid combined with a detailed textual knowledge of German philosophy – proved critical in developing the Scottish philosophical tradition in the 19th century.

Hamilton stimulated a spirit of criticism among his peers and pupils by insisting on the great importance of psychology as opposed to the older metaphysical method and by his recognition of the importance of German philosophy, especially that of Immanuel Kant. As a result, the newfound knowledge helped William write his most important work, "Philosophy of the Unconditioned," which appeared in the Edinburgh Review during this period.

Hamilton's view of metaphysics, with particular reference to his assertion of the relativity of knowledge and the law of the conditioned, is examined in his writings. The paper considers how his metaphysical system relates to Kant's Critical philosophy and the Scottish common sense school and discusses its application to the specific concepts of substance and adjective, space and time, causality, free will, and God. Above all, he states, the development of the principle is that there can be no knowledge of the infinite for the finite human mind. "To think is to condition." In translation, your human brain can not know the infinite. You have to experience it.

Hamilton laid down the principle that every object is known only by its relations to other objects (relative). From this, it follows that limitless time, space, power, etc., are inconceivable. A human mind cannot conceive any phenomenon without a beginning: consequently, the conception of the causal relation. The causal concept is, therefore, only one of the ordinary, necessary forms of cognitive consciousness limited, as we have seen, by being confined to that which is relative. For example, causality is the relation between two events, one of which is the consequence (or effect) of the other (cause). That is to say, smoking "causes" cancer (effect).

Adapt or Pay the Consequences

Furthermore, Hamilton accepts the evidence of consciousness as to the separate existence of the object: "the root of our nature cannot be a lie." Most importantly, William denies philosophy as a method of attaining absolute knowledge and its relegation to the academic standard of mental training. Hamilton further explains that as the mind is to the body, so is the unconditioned Absolute or God to the world of the conditioned (trained). Consciousness, itself a conditioned phenomenon, must derive from or depend on some different thing before or behind material phenomena.

Consequently, perception guides adaptive behavior; it does not estimate a preexisting physical truth. Moreover, shifting from evolutionary biology to quantum physics, there is reason to disbelieve in preexisting physical truths or facts: Certain interpretations of quantum theory deny that dynamical (i.e., system) properties of physical objects have definite values when unobserved. In some of these interpretations, the observer is essential, and wave functions are a compilation of subjective probabilities, not preexisting elements of physical reality.

What does that paragraph mean? In my summation (see my blog, what is the matter), you can change the idea/look of physical matter by placing your attention (recognizing the sensation) on something or someone. I'm not talking about the matrix; I'm telling you that Hamilton knew back in the 1800s that thoughts turn to matter. What you think and observe are directly connected to what you create. In other words, what you perceive to be real, is.

As a result, Hamilton explains that conditionally limited, or Conditioned, is thus the only possible object of knowledge and of positive thought—thought necessarily concludes condition. To think is to condition, and conditional limitation is the fundamental law of the possibility of thought. William further explains as the greyhound cannot outstrip his shadow. Nor, by a more appropriate simile, the eagle outsoars the atmosphere in which he floats.

In conclusion, the mind cannot transcend that sphere of limitation, within and through which only the possibility of thought is realized. Thought is only of the conditioned (limited); as we have said, to think is simply to condition or prepare. The Absolute is conceived merely by nullifying conceivability (that which you can imagine); all we know is only known as truth.

People have been seeking truth since time and memorial, and based on the text from Hamilton, I can see that he figured out that "truth" is conditioned (limited thought) and that if we connect with the sensation in the moment of now, you'll KNOW your truth. No limitation.

My advice; transcend limitation by not thinking, just feeling.