There is no insurmountable solitude. All paths lead to the same goal: to convey to others what we are. This sentence is an excerpt from a collaboration between Pablo Neruda and his friend Kahlil Gibran.
Ricardo Eliécer Neftalí Reyes Basoalto, better known by his pseudonym, Pablo Neruda, is the focus of today's post. He was a conflicted young man and became a complicated person as his life progressed, but he never lost his faith in himself or the collective humanity he loved.
Pablo was born on July 12th, 1904, in Parral, Chile, about 217 miles south of Santiago. His mother died about two months after he was born, and his father (Jose'), a railroad manager, soon moved them to Temuco, where he married a woman with whom he had a son (Rodolfo) nine years prior. Pablo's father would also father a daughter (Laurita) through an extramarital affair several years later. 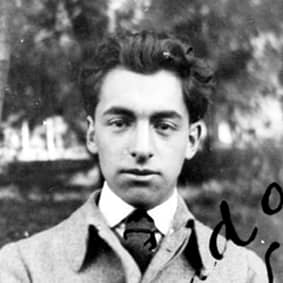 Jose' had specific design's on what Pablo would become and do for work as his young years unfolded. In the early 1900s, education was the key to moving out of poverty. His father believed he had no time for art or poetry as they did not offer his son a promising future.

Unfortunately for Pablo, writing and artistic expression were all he could think about.
Fortunately, he had several teachers who not only saw his writing talent but would continue to encourage it, including the future Nobel Prize winner Gabriela Mistral, who headed the school. 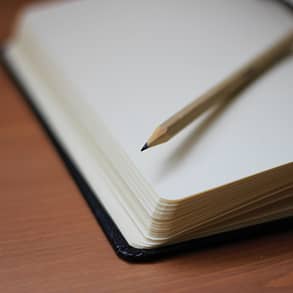 So much so that at the age of 13, he had published his first work, an essay titled "Entusiasmo y perseverancia" ("Enthusiasm and Perseverance") in the local daily newspaper La Mañana.  Before this publication, Pablo had used his real name, Neftalí Reyes, and his father soon learned of his essay. Enraged, Jose' threatened his son and warned him never to waste his time on creative writing again. After that directive, Neftali acquired his pen name, Pablo Neruda, so that he could continue his work anonymously.

Many times throughout his youth, Pablo would have to face his father's harsh and humiliating remarks. Ultimately this taught him to confront hostility and pressure and overcome his fear of being who he was meant to be.

You Can't Hide from Yourself

By the time Nurado turned 16, he was off to Santiago to study French at the Universidad de Chile, where he focused on earning his teaching degree. Ultimately he was sidetracked by his love of writing poetry and simultaneously would capture the attention of and impress Don Carlos George Nascimento, the most influential publisher in Chile at the time. At the age of 20, he would publish the Book of Twilights, and Twenty Love Poems and A Desperate Song. The Twenty love Poems would become Neruda's best-known work and is still the best-selling poetry book in the Spanish language today.

Alas, his world of poetry was exploding in praise and love but did not seem to pay the mounting debt he was incurring. To support himself, he would take an offer to become a diplomat for his home country of Chile.

Over the next several years, he would travel throughout India, Asia, Spain, Mexico, and finally returning to Chile, where he earned a diplomatic post in Buenos Aires.

While he was in Spain, Pablo was among the many people impacted by the Spanish Civil War between 1936 - 1939. He would see first hand the struggle between the left and rightwing factions of the Spanish people. He would later take the communist message of no ruling class and mutual ownership to heart and use those themes in his poetry.

Many left-leaning world citizens admired Stalin and communism during the time, because of the fight Russia was putting up against the Totalitarianism regime of Nazi Germany. Pablo's admiration would not last long. Neruda had seen firsthand what communism looked like later in his life during a visit to China in 1957. Mao Tse-tung ruled with an iron fist under the direction of Stalin, and his government would crush any dissent. Pablo would call "Mao Tse-tungism", Mao Tse-Stalinism. Although he never abandoned his faith in the communist ideals, he would not support the government ideology.

Throughout his many travels, none was more influential than his trip to Machu Picchu. He was so overwhelmed by his experience of the lost city that he wrote his tenth book, entitled  Alturas de Macchu Picchu. It was a passion project and an endeavor to create awareness and interest in the ancient civilization of the Incas. To understand his fascination, you would need to know that the city of Machu Picchu is at an elevation of 7,000 feet above sea level and hidden in the Andes Mountains. The granite stones that created the city are all precision cut with no mortar used to connect them, and the joints are so tight you couldn't fit a knife blade between them.

Unfortunately, most cities built by the Inca civilization were destroyed by the Spanish conquest. Machu Picchu was so high in the mountains it couldn't be found, making it one of the most well-preserved Inca cities ever discovered. To this day, many people have speculated on the original purpose of the city and why it was abandoned. Pablo's book of poems attempts to be an encyclopedia of the entire American Western Hemisphere from a Hispanic American perspective. He was less interested in the how and more excited by the why.

In the 50s and 60s, Neruda was asked to support the Socialist Party of Chile to help lend support to the failing corrupt government. He used his celebrity to great effect, but it cost him with pro-democratic countries like the U.S. At one point, Neruda had been invited to an International PEN conference in New York City. Officially, he was barred from entering the U.S. because he was considered a communist but the conference organizer, playwright Arthur Miller, eventually prevailed upon the Johnson Administration to grant Neruda a visa. Due to the presence of many "Eastern Bloc" writers, Mexican writer Carlos Fuentes later wrote that the PEN conference marked a "beginning of the end" of the Cold War. Once again, Neruda was able to help bring down the barriers between people and countries through his art.

With his international fame and love of country, Neruda was a lead candidate for the 1970 Chilean presidency but ended up lending his support to Salvador Allende, who later won the election. He would be rewarded soon after the election and be appointed Chilean ambassador to France. During his appointment, he was awarded the Nobel Prize in 1971 and the prestigious Golden Wreath Award at the Struga Poetry Evenings in 1972. His acceptance message was always with his home country in mind, and he would say that Chile is a force for solidarity and solitude. Independence from foreign influence was a lifelong dream of Pablo's, and he died trying to make that a reality.

Unfortunately, a military coup in 1973, led by General Augusto Pinochet saw Neruda's hopes for Chile destroyed. The new government saw Pablo as a threat and sought to try him for crimes against the state. The Chilean armed forces searched his house and grounds at Isla Negra, and Neruda was reportedly present. The poet famously remarked: "Look around – there's only one thing of danger for you here – poetry."

On the evening of September 23, 1973, at Santiago's Santa María Clinic, Neruda had reportedly died of heart failure. Many believe that he had been poisoned by the doctor who had treated him. The claim was never proven.

Ricardo Eliécer Neftalí Reyes Basoalto, a.k.a. Pablo Neruda, lived his life like his poetry, with passion, intrigue, and love. He went beyond his father's hopes, all the while helping lift the people of his beloved country. His poems will continue to live on, including his passion for humanity to embrace its similarities and differences alike. As his first published work stated, he would take on life with enthusiasm and perseverance.

You Are Never Alone

What are You Afraid of?