How Come I can’t Get Along With my Family Members?

Give up? Her name is Mary Whiton Calkins. If you have not studied psychology and are not a psych major, her name might escape you. But, if you are into understanding your dreams or trying to understand yourself better, you no doubt have come across her work. Mary is one of the most well-known American philosophers and psychologists whose work informed the theory and research of memory, dreams, and the self. As a result, she was listed twelfth among a group of fifty psychologists with the most merit, chosen by her peers in 1903. She was only forty years old at the time.

Mary was born in Hartford, Connecticut, and lived there until she was seventeen. Her father, a Presbyterian minister, moved the family to Newton, Massachusetts, when he received a new job. As a result, Mary would live and work in Newton for the rest of her life. 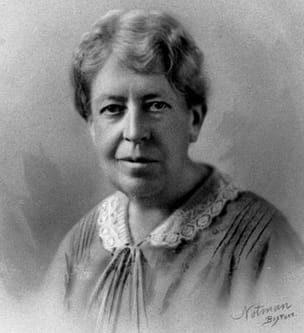 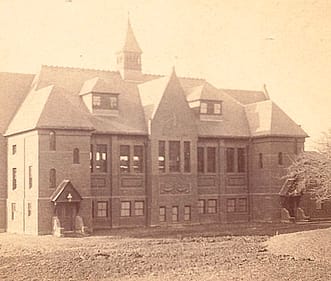 In 1882, Calkins entered Smith College as a sophomore and studied there for a year. Following her sister's death in 1883, she took a year off from college and learned by herself.

While taking time off from school, Calkins received private tutoring lessons and simultaneously tutored two of her younger brothers. Meanwhile, she returned to Smith College in 1884 to graduate with a degree in classics and philosophy.

Following graduation, Mary and her family took an eighteen-month trip to Europe; she was able to explore Leipzig, Italy, and Greece. As she was majoring in Classics, Calkins took advantage of the opportunities and spent several months traveling and studying modern Greek and classics. Following the European adventure, she returned home to Massachusetts and interviewed at Wellesley College, an all-women's college, for a tutoring job in the Greek department. Calkins did so well at the school that she eventually was asked to teach.

Furthermore, A professor in the philosophy department noticed Calkins' excellent teaching skills and offered her a position to teach psychology, which was new to the philosophy department's curriculum. Mary accepted the offer, however, on the contingency that she would be able to study psychology for one year. Only Harvard offered a laboratory setting, a specification that was non-negotiable with Calkins.

Yet, Harvard did not permit women to study at their institution. Still, it allowed her to sit in on lectures after her father and Wellesley's president had sent letters asking for her admittance. Calkins was able to take classes at Harvard Annex, but she was considered a guest and not a registered student. From then on, Mary would work diligently throughout her life to strive for women's rights and equity.

Take it to the Lab

Mary would first study psychology at Harvard under William James. He recently published his highly renowned textbook, The Principles of Psychology. Calkins knew it was an excellent opportunity for her to learn under one of the most influential philosophers of the United States and the "Father of American psychology."

Immediately after finishing her coursework with James, she worked alongside Edmund Sanford of Clark University. He later assisted her in setting up the first psychology laboratory run by women at Wellesley College. Sanford trained Calkins on experimental laboratory procedures, as well as helped in the creation and assembly of numerous laboratory instruments for Wellesley's psychological laboratory.

Working with and being tutored by Sanford allowed Mary to conduct a research project that involved studying the contents of Sanford and her dreams which she recorded over seven weeks. At the study's end, Calkins registered 205 personal dreams and 170 from Stanford.

The project considered the relation of the dream to the conscious, waking life, distinguishing the individuals and places in their dream experiences. Mary concluded that the dreams "merely reproduces, in general, the persons and places of recent sense perception and that is it rarely associated with that which is of major significance in one's waking experience." In addition, Calkins and Stanford identified a change or a doubling of self-consciousness; similarly, all the time, one is conscious that it is oneself who has changed or whose identity doubles.

Although Sigmund Freud cited Mary's research, it did not align with his thoughts on dreams showing manifest content. A recent study suggests that the consecutive events of the dreams of their participants were rarely plausible and often seemed to have no relation to one another. As a result, this suggests that dreams have little hidden meaning and supports the findings of Calkin's original dream study.

A few years later, Calkins returned to Wellesley as an instructor of psychology in the philosophy department in 1891. To put this into perspective, Wilhelm Wundt established the first psychology laboratory in Leipzig, Germany, 12 years earlier. Mary was indeed a trailblazer with little to no support from the major Universities.

Again, Calkins was instrumental in founding the first women's psychological laboratory at Wellesley College in 1891, one of the first psychological laboratories in the country and the first at a liberal arts college. Originally consisting of one attic room in Wellesley's College Hall and $200 worth of equipment (all other labs received $800), the laboratory eventually grew into the 14-room Wellesley College Psychology Department. More than 150 female students earned a doctorate in psychology at the college before 1980.

Calkins would continue with her education; thus, she would work with  Hugo Münsterberg. He was one of the few male psychologists that allowed women to work side by side with men in his lab. As a result, she and Münsterberg instituted a dream study over several weeks. They concluded that dreams were nothing more than reproductions of "the persons, places, and events of recent sense perception.

During this time, Calkins also studied memory, leading to her invention of the right associate's method, now known as the paired-associations technique. Calkins deduced that by showing a series of colors paired with numerals, she found that a numeral that has repeatedly appeared in conjunction with a given color was more likely than either a vividly colored numeral or the numeral last paired with the color to be remembered, on a reappearance of the given color. Her concept of recency relates to a person's ability to remember something.

The paired-associates technique showed that recency yields to vividness, and both vividness and recency yield to frequency. As a result, the study's findings revealed that numbers paired with bright colors were retained better than those associated with neutral colors. Nevertheless, the prime factor influencing memory was not color but the frequency of exposure. The higher the frequency of exposure to something, the more likely you'll remember it.

One of the Best

One of Mary's significant contributions to psychology was her system of self-psychology. Commencing in 1900, Calkins began to publish a series of papers in which she described psychology as a "science of the self." As a result, she spent many years trying to define the idea of the self but concluded that she could in no way define it. Mary noted that even though the self was undefinable, it was "a totality, one of many characters... a unique being in the sense that I am I and you are you."

Unfortunately for Mary, the academic world of the 1900s was not ready to discuss a person's soul. Calkin refused to lose interest in the subject, described as "the science of conscious selves." In 1917 Mary discussed in her article, "The Case of Self Against Soul," that our soul should be considered life itself.

What Dreams may Come

Although Mary Whiton Calkin is not a household name identified with philosophy and psychiatry, she contributed immensely to the world's understanding of the self, soul, and dreams. Her career at Wellesley College lasted forty years until she retired in 1929. Mary would die a year later but left us with four books and over a hundred papers evenly covering the fields of psychology and philosophy. I bet Aristotle is proud.