If you have ever pondered the meaning of life, you have no doubt, come across Viktor Frankl and his quotes. He wrote an account of his experiences in WWII while being imprisoned in a Nazi concentration camp. His book, Man's search for meaning, is an unvarnished look at prison life under Nazi rule and the things men and women will do to survive.  One of the most interesting things I learned from him was one's purpose is what determines the meaning of life.  To understand what that 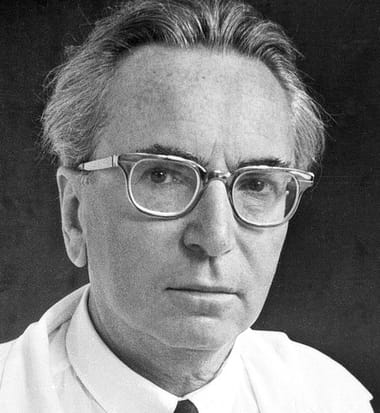 sentence means, you have to do the prerequisite work. No, you don't have to experience prison life in Nazi-controlled Poland to get this secret. But you do have to learn about Viktor and how he approached his unimaginable fate in WWII.
Viktor Frankl was born on March 26th, 1905 in Vienna, Austria. He had an early passion for psychotherapy, and as a teenager, he corresponded with one of his heroes, Sigmund Freud. Viktor was a quick study, and based on his grades and aptitude, admitted and studied medicine at the University of Vienna. He specialized in neurology and psychiatry, with a focus on depression and suicide. Frankl had different ideas about what motivated human beings. He had been expelled from an organized group of classmates based on his published paper on Psychotherapy and his Worldview. He postulated that meaning was the central motivational force in all human beings.
The resistance to his views did not detour Viktor, and he went on to developed and organized youth counseling centers to address the high numbers of teen suicides occurring around the end of the year report cards. After starting this center and recruiting other med students to support it, they would not have a single suicide in the following year.
In 1937, Frankl started a private practice, but the Nazi annexation of Austria in 1938 would limit his ability to treat patients. In 1940 he joined Rothschild Hospital, the only hospital in Vienna still admitting Jews, as head of the neurology department.

Honor Thy Father and Thy Mother

Here is where Viktor's story gets interesting. He and his parents knew that it was extremely dangerous for Jews to stay in Austria, and Frankl's parents wanted him to leave for America. He had secured a visa to leave, but he worried about his parent's safety. 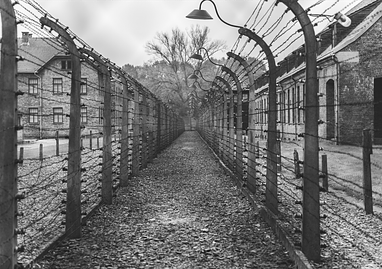 Viktor asked the heavens for a sign. Later that day, he returned to his mother and father's house and noticed a small piece of marble on the kitchen table. He asked his father where the marble was from. His father replied that it was a piece of the largest Viennese synagogue that had recently been burned down by National Socialists. The marble was part of the display tablets on which the Ten Commandments had been inscribed. Frankl noticed a gold Hebrew letter on the piece and asked his father if he knew what commandment it was. His father replied, "honor thy father and thy mother that thy days may be long upon the land." There was no decision after that event. Viktor would stay in Vienna with his parents until the Nazis came.
I will not go through every event in Frankl's book, Man's Search for Meaning, but I will point out that he had to release all of his ego and pride to survive the concentration camps.

You Are Not What People Think You Are

In the beginning, during the internment process, the Nazi soldiers treated the prisoners relatively well. They would help them remove all of their earthly possessions and show them to the shower areas. The prisoners soon learned that all of their possessions had been taken by the soldiers. In return, they received rags to wear as their prison clothing. If they were lucky they got shoes that might fit. Otherwise, they would have to go through winter barefoot. Any formal education or standing you might have had before the war was now gone and meaningless. It was a sort of psychological punishment for those like Frankl who have achieved so much in life. You either did manual labor, or you were useless and sentenced to the gas chambers. Physical labor was the only thing of value, and if you could not perform, you were in danger of death. The only hope for survival was not to garner attention and just fit in. If a guard or Capo (prisoners that were selected by the SS as trustees to watch over the other prisoners) did not like your look, or you walked too slow or fast, they would just beat you until they were satisfied. These Capos were usually the most brutal of all the prisoners, and they would receive benefits that the average prisoner did not. These benefits were three meals a day, where the average prisoner got maybe some bread and watery soup once a day. They received clothing, coats, shoes and could sleep on a mattress. The prisoners had to sleep 7 or 9 men to a bunk (wooden slats, no padding) and no blankets.

Who Really is The Strongest?

A person's most basic privileges were just ideas now. You would walk for miles to a job site and have maybe a small piece of bread in the morning and some soup at night. No personal space was allowed, and you had to worry about other prisoners trying to steal what little you might have had. Sleep was the only escape, so most men and women who were light sleepers soon found that they could have a loud snorer sleeping next to them, and they could sleep soundly through the night. Waking up was a hard reality to overcome. The mental fortitude you needed was to make it through the day so that you could return to your dreams once more.
Many of the prisoners would die of exhaustion, and it wasn't the small or weak-looking ones that you might think. It was usually the more hardy looking males and mostly the ones who held high and prominent positions in their lives before the war. It was a though they lost their spirit, and they seemed to be consumed by the injustice they were receiving.
Based on Frankl's experience, he noted that if a man lost his purpose for life, he would lose his reason for living.

What Is Your Purpose?

The more I learn about Viktor Frankl and his life, the more I was blown away at how much faith he had in himself and others. He was a prominent neurologist, psychiatrist, philosopher, and author who was put to work as a day laborer and stripped of everything he loved and worked for, including his wife. He overcame all of the slurs and harsh treatment from the guards and other prisoners. He worked his way up the prisoner ranks and began caring for the sick and infirmed, all the while he had several opportunities to escape with other prisoners. The choices he made on any given day were difficult and dangerous and could have cost him his life. But the one thing that kept him going through all of his time in the concentration camps was his purpose and the meaning it gave to him. That purpose was to help others that were less fortunate than himself. Imagine yourself being that self-less. Frankl wanted to assist those who were dying and those he could save so they could fulfill their own life purpose.

The Will To Live

I share this story with you so that when you are going through difficulty and feeling persecuted, that you don't lose your focus and self-appointed purpose. You are here to express that which is most important to you. If you don't know your purpose, I suggest you start to better understand what it is that you enjoy doing.

If it's being a great mom or dad, then do that. If it's being of service to others through religion or health care, then do that.
My point to you is to go and be you in the most honest way you can. Don't worry about the money or the prestige, none of that is guaranteed. Just look at Frankl and his experience. He never gave in to his fear, and he continued to have faith in his purpose.  No matter how hard the Nazis tried they could not take away a person's purpose, and therefore they could not take away the meaning that Frankl put on his life and others.
Previous
Next