Warm weather, parades, baseball games, and grilling are all coming up this weekend. As you prepare for the official beginning of summer, I'd like you to ask yourself, what is Memorial Day, and why do we celebrate it on May 31st, every year? What does Memorial Day mean to you?

The majority of us know that it is a day of remembrance for our fallen soldiers, but do you know when it started or who created this day of tribute? I have to be honest here and say that I did not know the answers to these questions before today. I have had the fortune of not being related to anyone who died in a war. So, I was more focused on the three-day weekend ahead and what activities I had planned with friends and family. My attention has now shifted to the real meaning behind this weekend.

Decoration Day came about several months after the civil war ended in 1865. A group of recently freed slaves from Charleston, South Carolina, wanted to share their gratitude to the men who sacrificed their lives so that they may live per the constitution of the United States. That is to say, all men are created equal, and freedom was not a privilege but a right. 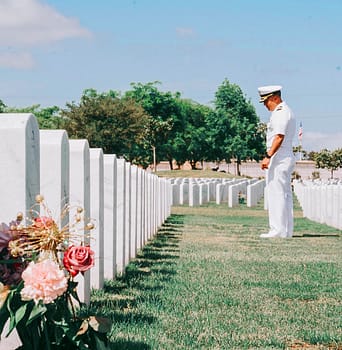 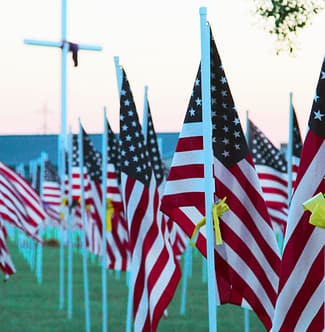 Celebrations during the early Decoration Day were a bit different than they are now. The day was a community-wide event, during which businesses closed, and residents decorated the graves of soldiers with flowers and flags.

The Civil War had been the single largest war in the U.S. it claimed more lives than any other to date. With so many casualties, it required the establishment of the country's first national cemeteries.

General John A. Logan, leader of an organization for Northern Civil War veterans, called for a nationwide day of remembrance on May 5th, 1868. The date selected by the committee was May 30th, and they requested that decorations were to hang on the graves of comrades who died in defense of their country. The date of Decoration Day, as he called it, was chosen because it wasn’t the anniversary of any one particular battle.

Decoration Day originally honored the fallen soldiers of the Civil War, but as our country grew, so did its appetite to engage in war. Subsequently, the holiday started to include World War I, World War II, The Vietnam War, The Korean War, and the wars in Iraq and Afghanistan.

Many years had passed, and by 1890 all the Northern States had adopted Decoration Day as an official state holiday. Until World War I, Southern states had honored the dead on separate days and in different ways.

In 1968, Congress passed the Uniform Monday Holiday Act, which established Decoration Day, now known as Memorial Day, as the last Monday in May to create a three-day weekend for federal employees. This change went into effect in 1971. The same law also declared Memorial Day to be a federal holiday.

Some of the largest parades take place in Chicago, New York, and Washington, D.C. Almost every small town in America has organized gatherings for people to remember and give thanks to our fallen soldiers.

You may even spot someone wearing a red poppy, a tradition that began with a World War I poem. The poppy symbol started with a poem written by John McCrae, “In Flanders Field”.

The Poppy is Born

He was World War I brigade surgeon who was struck by the sight of the red flowers growing on a ravaged battlefield. The Papaver rhoeas, also known as the Flanders poppy, corn poppy, red poppy, and corn rose would not be denied its birth. Even though the war had devastated the landscape of Europe, it could not keep the poppies from growing. In other words, McCrae knew that life would go on. You can not stop something or someone from growing, no matter the force.

Later in that same year, a woman named Moina Michael read “In Flanders Field” in the pages of Ladies Home Journal.  As a sign of support, faith, and a remembrance of the sacrifices of Flanders Field, Michael would proudly wear a red poppy. By the mid-1920s, she convinced the Georgia branch of the American Legion, a veteran’s group, to adopt the poppy as its symbol.

Soon after that, the National American Legion voted to use the poppy as the official U.S. national emblem of remembrance.

I hope that when you attend your parade, or backyard barbeque, that you take a moment and remember those who sacrificed their lives for the freedom of others. But above all else, I hope that we as a people can remember the heavy cost of war. The needless loss of life that takes place. If we could try to understand each other better and extend a hand of tolerance rather than the fist of ignorance, we would find we have more in common than we thought.

Maybe someday we'll have a nationally celebrated day of unity, and Memorial Days will be a tradition of the past.
Have a safe and happy Memorial Day with those you love!