Finding The Right One for You

Are you interested in Cryptocurrency? How much do you know about NFT's (non-fungible tokens)? Most NFTs are part of the Ethereum blockchain at a very high level. Ethereum is a cryptocurrency, like bitcoin or dogecoin, but the blockchain (a growing list of records) supports these NFTs. The blockchain stores extra information that makes them work differently from an ETH coin. It is worth noting that other blockchains can implement their versions of NFTs.

So why is this important? Today we still use a currency that has been around in one form or another for hundreds of years. The money you have in a bank has protection from the Federal Deposit Insurance Corporation (FDIC) up to $250K. If you have your money in a credit union, the National Credit Union Administration (NCUA) protects your money. 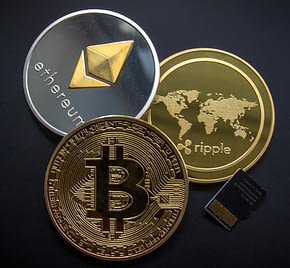 In Crypto, you don't have those protections because it is a DeFi coin system. "DeFi" stands for decentralized finance. In other words, it stands for self-custody finance. Unlike traditional finance, where a company, bank, or fund is responsible for your money, in Defi, no one but you has access to it.

Cut out The Middle Man 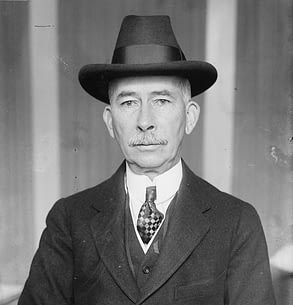 This process eliminates the need for a middle man/person. Think about it: no more banks and their fees. A credit card issuer will no longer be the intermediary between you and a merchant when you make purchases. You use the digital currency, have ownership of it, and can use it directly.

There's a level of transparency as far as safety goes, as the code is available for anyone's review (see blockchain), making transactions traceable.

Here's the downside: your digital wallet can get hacked, and you can see who stole from you. However, no crypto police exist that can get your money back. It seems we are back to the wild West and stagecoach robberies. These events are few and far between, but they do happen.
At this point, you are probably saying, what does all this mean. What am I supposed to do?

Before answering that question, I'd like to introduce you to Edward M. House. You know, the guy that helped create income taxes. Do you mean there was a point that Americans didn't have to pay income taxes? Yes, read on.

Mr. House was the co-founder of the Council on Foreign Relations (a think tank created in 1921) and was the chief advisor to President Woodrow Wilson.

Two things happened of significance by the influence of Edward Mandell House. First, during the December 1913 holiday season, when many lawmakers were not in Congress, the Federal Reserve Act (FRA) was quietly passed, which gave the bankers power to create money.

The Federal Reserve is the Central Bank for the U.S. Up until the Federal Reserve Act, the United States used Federal Notes (Dollars) backed by the gold and silver reserves of the country. Before 1913, Article 1, Section 8 of the Constitution states that Congress shall have the power to coin (create) money and regulate the value thereof.

Congress created the Treasury, banking, printing, and coinage of U.S. currency. After the FRA was passed, the Federal Reserve (FED), a privately owned company, had the power to make all monetary decisions for the U.S. It also controls and profits as a business by printing money through the Treasury and regulating its value.

Does the President of the United States or Congress have control over the Federal Reserve? No. However, the FED will listen to U.S. citizens and its representatives and deliver a Monetary Policy Report to Congress twice a year to be transparent, which is nice.

Second, Edward House influenced Congress to approve the 16th Amendment, and it was ratified in February 1914 (3 months later). The Amendment gave Congress the power to lay and collect taxes on incomes, from whatever source derived, without apportionment among the individual states, and without regard to any census or enumeration.

It is a common belief that the creation of the FED was to keep the volatile independent banks from withholding or overextending their deposits (money) during uncertain economic times. Moreover, this would enable a more stable banking and investment environment. See the stock market crash of 1929 or the great recession of 2008, and determine if this makes sense to you.

Now that the Federal Reserve controls the money supply of the U.S., it creates money for Congress to borrow. To pay back the money the Fed "creates," the U.S. has to pay interest on the principal loans. The interest is the focus here. About 40% of our income taxes pay the bankers for the money borrowed by Congress from the Federal Reserve.

It is a fact, Congress went above the constitution in 1913 and gave the FED the right to print money (through the Treasury) at no interest to itself. Furthermore, the FED creates money from nothing, loans it back to us through banks, and charges interest on our currency. To clarify, the interest the FED earns as profit is used to pay their "expenses," and what is left over goes back to the U.S.

So, what have we learned? Above all, the U.S. wanted to protect its citizens from lousy bank practices and lost savings that were creating chaos in the businesses and lives of Americans. The best solution Congress could come up with was to appoint a central bank to manage all banks in the U.S. and our economy's money supply.

To be clear, citizens and Congress do not have control over what the FED does, and they are not considered a federal agency, even though our government heavily funds them and they are named the Federal Reserve.

The common claim that the FED is accountable to the government because it must report to Congress on its activities annually is incorrect. As a result, the reports to Congress mean little unless the chairman of the FED reports can be reviewed and verified by someone outside of the system. However, the FED has never undergone a comprehensive independent audit from its founding to this day. For instance, Congress, time after time, has requested that the FED voluntarily submit to a complete audit, and every time, it refuses. Imagine if you refuse to submit your total income to the IRS.

The Truth Shall set You Free

The Reserve Banks are deemed to be federal instrumentalities for purposes of immunity from state taxation.

Tests for determining whether an entity is a federal instrumentality for purposes of protection from state or local action or Taxation are very broad: whether an entity performs an important governmental function.

How can a non-federal agency that is a corporation run by billionaires run the economic wealth of an entire country without any laws governing it? Who is really running the country?

The Truth Shall set You Free

Okay, now that you are completely frustrated and angry, let's get back to Cryptocurrency. Who created it? No one knows for sure. The popular belief is that it was created in 2009 by Satoshi Nakamoto. A pseudonymous (written under a false name) developer who created the first decentralized Cryptocurrency, named bitcoin.

Why was it created? My theory is that someone who understood that money is energy. For example, energy is used in the form of computer servers needed to develop Cryptocurrency. New energy is needed to move away from centralized (Central Bank, Federal Reserve) money to a decentralized currency in the people's control.

Go back and look to our U.S. history, most notably the fear of bank failures, and see how people were motivated to let a group of bankers centralize and take control of the U.S. Economy. Now take a look at Cryptocurrency as it begins to take hold in the new digital economy and listen to what is being said. DeFi is not safe. Use a cold wallet (A cryptocurrency wallet that cannot be compromised because it is not connected to the Internet) to store and secure large amounts of Crypto.

Conspiracies be damned. Getting this information about the FED to you was a considerable research exercise. That is to say, there is no one site where I could find all the information. It took a collection of articles, documents, and detective work just to learn how the Federal Reserve and the IRS came to be. I didn't learn any of this in school, and maybe if I had, I would have been more interested in good government. Maybe there is a reason for that.

You are What You think You are

Take from me what you will, but I think it is worth noting that the following ten banks were the original owners/members who created the Federal Reserve for the United States back in 1913.

Side note:  The Rothschild family has control of four of the ten banks, 1,2,3,9. I researched the history of all ten banks, and most started in Germany and have a connection to Mayer Amschel Rothschild (born 1744). Men, not governments, started these banks. Imagine what you could create if you just understood and believed in your power.