Why do I Keep Attracting the Same People in My Life?

When Did We Pick January 1st To Be The New Year?

As we approach the new year of 2022, I thought it would be nice to understand why we have this holiday.  I think it is important to know why we celebrate New Year's Eve. What are the New Years history and facts?  And how are the New Years traditions the same and different throughout the world?

I have celebrated the new year since I was a child and some celebrations were quiet, and others were loud and full of dancing (some drinking too). Either way, I have always wanted to ring in the new year with an awareness of what I accomplished and what is possible moving forward.

In light of my feelings and thoughts for the new year, I started to get curious, why do we celebrate New Year's with such reverence. It turns out we as humans began celebrating this event back about 4,000 years ago with the Babylonians. They would honor the first new moon following the vernal equinox—in late March when there was an equal amount of sunlight and darkness. This day would herald the start of a new year.

The Babylonians would mark this day with a religious celebration called Akitu, a derivative of the word barley, which would be harvested in the coming spring. Akitu would also serve as the nomination or renewal of the King's reign for the coming year.

As our civilization grew, so did our sophistication and the ability to update and change the calendaring system we use today. As a matter of fact, the Roman calendar had to be updated to better aligned with the sun, and Julius Caesar added 90 extra days to the year 46 B.C. when he introduced his new Julian calendar. 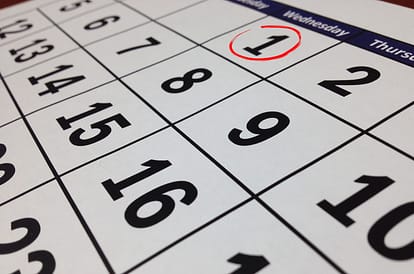 Romans Used to Have A 10 Month Year

If you are curious where our Government, Customs and Holidays come from, you must go back to Rome and the Roman Culture. The early Roman calendar consisted of 10 months and lasted 304 days. As time went on, the calendar would fall out of rhythm with the Sun and Numa Pompilius, would eventually add the months of Januarius and Februarius to help with this problem.

As I wrote about in the previous paragraph, even the addition of two more months did not work. The emperor Julius Ceaser decided to solve the problem with the support of the most prominent astronomers and mathematicians he could find. Then he introduced the Julian calendar, which closely resembles the more modern Gregorian calendar that most countries around the world use today.

As you may have guessed, some guy named Greg came up with this new calendar, and you'd be correct.  Our current calendar was developed under the guidance of Pope Gregory VIII.  It was introduced in October 1582 as a modification of the Julian calendar, reducing the average year from 365.25 days to 365.2425 days.

Janus, The Roman God of Beginnings 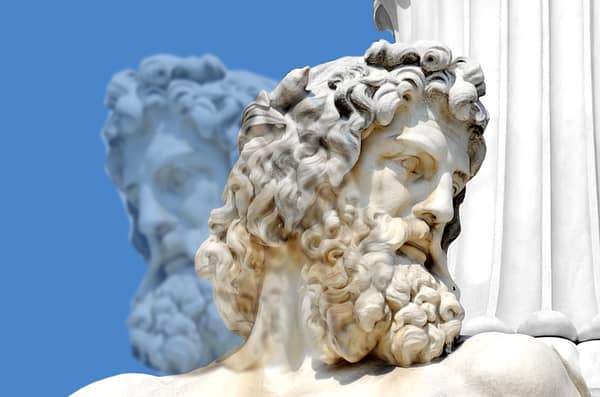 This calendar update is when Ceaser also instituted January 1st as the official day to start the new year. The start date also pays tribute to Janus, the Roman god of beginnings, whose two faces allowed him to look back into the past and forward into the future.

I find this piece of history fascinating. I also like to look back at all the things I have accomplished in the past year while looking forward to what may come in the new year.
The idea of celebrating the New Year with a party has always accompanied this holiday, but how these celebrations are carried out can be very different from culture to culture.

In Rome, their celebrations were combinations of animal sacrifice, decorating the home with greens, and intense parties that involved lots of food and wine.

In China, they celebrate the new year on January 25th due to the "new" moon, which starts the new lunar year. They also celebrate with everyone going back to their home with their family. And the food is a big part of this gathering. Tangerines, oranges, and pomelos are selected because they are round and "golden" in color, symbolizing fullness and wealth. These and other symbols help support the idea of luck and good fortune into the next year.

The Spanish New Year's Eve is all about Grapes. As the clock strikes midnight, people in Spain gobble (doce uvas) 12 grapes in quick succession, with wishes for the new year. Tradition has it that you have to eat them one by one, in time with each stroke of the clock at midnight on December 31st. If you manage to eat all the grapes in time, you are in for a year of prosperity and good luck. Don't choke!

The Polish tradition my family and I subscribe to is eating creamed and pickled Herring. Fish are considered lucky for several reasons. They travel in schools and swim forward, representing prosperity and progress. Their color is silver, and their scales glint and resemble coins, representing wealth and prosperity.

In the American South, black-eyed peas are considered lucky because they look like coins, especially when served with greens and cornbread, representing paper money and gold. If you want the best chance of attracting luck, it is suggested that you eat 365 black-eyed peas on New Year's Day.

How Do You Want To Celebrate Your New Year?

As you can see, there are many different traditions among the cultures worldwide, but the one thing they all have in common is the desire for luck in the new year. We all like the idea of money or prosperity, and engaging in some games or superstitions represents an activity that helps us connect with our ancestry. However, I refer to one of my earlier posts, where I talk about manifesting what you want.

If you think about something enough, you will create it in your reality. So consider carefully what you wish for in the new year, and ask for it. Remember, money is good, but you could also ask for or desire contentment, purposefulness, and a sense of self. But, I have a tip and a clue for you. You already have these things. To manifest them, all you have to do is know you have them already.

As I close out this post, I want to discuss a song I have heard and tried to sing for many years. The name of the song is Auld Lang Syne. The writer is Robert Burns, a Scottish poet, and lyricist in 1788. He wrote it to bid farewell to the old year, and it is loosely translated as long, long ago, and the days that have gone by. He helps us remember to look back at the year that was and thank it for what it has given us.

I believe we are all better off when we look at all we have accomplished in the year that has passed and take that inspiration into the new year ahead. It doesn't matter if we fell short of our goals or don't feel we have done enough before the year ended. Let's take note of what the Romans set before us, Janus, the Roman god of beginnings, whose two faces allowed him to look back into the past and forward into the future. Take that knowledge of the past year, and channel it into the future year so that you have the knowledge that you can take on the new challenges that await you in the new year.

Be excited for all you have done and all that you will do.  Happy New Year from your friend at Blue Sky!