This note is legal tender for all debts, public and private. That is what it says on the one-dollar bill. What is a note? Why doesn't a dollar just represent a dollar? In the past couple of blogs, I have shared with you that the Federal Reserve controls the money supply in the United States. However, we must go back to the civil war to determine how paper money started and why it was crucial to the U.S. economy.

Today, my focus is on a man credited with authoring and championing the Sherman anti-trust laws that stopped big businesses from creating unfair monopolies (I'll write about this at a later date). He also separated from the Wig party to help create the Republican party to write and support anti-slavery laws. Furthermore, he established a new way of paying for goods and services through Demand Notes, otherwise known as greenbacks. 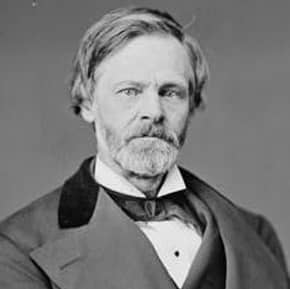 John Sherman was a politician from Ohio during the American Civil War and into the late nineteenth century. He was A member of the Republican Party; he served in both houses of the U.S. Congress. He also served as Secretary of the Treasury and Secretary of State.

He Helped Us See 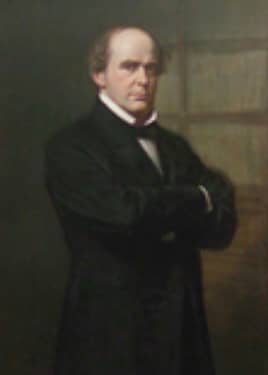 In 1861, Sherman campaigned hard for Abraham Lincoln. Among Lincoln's first acts was to nominate Senator Salmon P. Chase (Chase National Bank was named after him, but he was not a part of the business) of Ohio to be Secretary of the Treasury.  Chase resigned his Senate seat, and after two weeks of indecisive balloting, the Ohio Legislature elected Sherman to the vacant seat.

As a senator, he was a leader in financial matters, helping to redesign the United States' monetary system to meet the needs of a nation being torn apart by civil war. The Civil War put significant strain on the government's already fragile financial situation.

Sherman, assigned to the Senate Finance Committee, was part of the group tasked with increasing revenue to support the war effort. In July 1861, Congress authorized the government to issue Demand Notes; this is the first form of paper money issued directly by the United States government. The notes were redeemable in specie (i.e., gold or silver coin).

Sherman knew that this would not solve the revenue problem.  The government did not have enough coins to redeem the notes if they were all presented for payment at the same time. To solve this problem, Sherman asked for, and Congress authorized the issuance of $150 million in bonds, which (as banks purchased them with gold) replenished the Treasury.

War is Good For Business

Another interesting fact is that Congress also sought to increase revenue when they passed the Revenue Act of 1861. What is this Act, you may wonder? It was the first federal income tax in American history. Sherman endorsed the measure; however, he wanted a steeper tax than the one imposed by the Act (3% on income above $800), preferring to raise revenue by taxation than by borrowing. He did not want the interest to burden the U.S. citizens by increasing the National Debt. The Revenue Act of 1861 was repealed (ended) a year later. The next time a U.S. citizen would have their income taxed was in 1913, three months after the Federal Reserve took overall financial decisions and lending for the U.S. government (read my blog about the FED here). Side note: We have never stopped paying the IRS since the law was passed.

The Civil War continued to be very expensive, and it cost the U.S. about $2M a day, and the country needed more cash. As a result, the Treasury Department issued its next version of the Demand Note and called them United States Notes (issued from 1862 to 1971), only this time they were redeemable not in specie (gold or silver coin) but in 6% government bonds. The bills would be "lawful money and a legal tender in the payment of all debts." Interesting fact, they were also called Greenbacks. Nothing but gold and silver coin had ever been legal tender in the United States, but Congress yielded once again to the wartime needs, and the resulting First Legal Tender Act passed both the House and the Senate.

Furthermore, Sherman stated, "from the passage of the legal tender act, by which means were provided for utilizing the wealth of the country in the suppression of the rebellion, the tide of war turned in our favor." Most importantly, the U.S. Government and the Treasury created our current legal tender to secure money to pay for a Civil War. From that day on, our money/legal tender was no longer tied to the ownership of gold or silver. The American citizen's trust in paper money was the security of the government bonds it represented.

You Can Keep your Coin

In addition, the Treasury had grown to the extent that a dollar in gold was worth only $1.00, and the greenbacks were worth $1.05. Once the public was confident that they could redeem greenbacks for gold, few actually did so; when the Specie Payment Resumption Act took effect in 1879, only $130,000 out of the $346,000,000 outstanding dollars in greenbacks were redeemed. Sherman and Hayes agreed to stockpile gold in preparation for exchanging greenbacks for specie; however, the public was uninterested.

Greenbacks were now at parity with gold dollars, and the nation had, for the first time since the Civil War, a unified monetary system. The advent of the idea that paper money could instill trust in the buyer and seller still exists today.

It is All Just Energy

In summation, paper money is simply an idea (energy) once backed by gold or silver, and today it is digitally created. Most importantly, consider how often you reach for your cash vs. using a credit or debit card. The average merchant transaction costs the seller 2.5% + $0.10. About 108.6 million credit card transactions occur in the U.S. every day. The average monthly credit card bill is a minimum payment of $110.50, based on the average American credit card balance of $5,525 and the average minimum payment percentage of 2%. If you keep a balance on your credit card, you'll likely pay 19% interest.

Americans paid roughly $120 billion per year in credit card interest and fees. That works out to about $1,000 per year for every American household. When you buy something with cash/paper money, you do not incur a fee, and the merchant doesn't pay a percentage of their sale. Credit card companies don't make billions, and consumers and merchants save more money.

I'd like you to consider this the next time you buy a coffee or go out to dinner at a "mom and pop" owned business. The little things add up, and you make all the difference.

Annuit Coeptis "has favored" and Novus Ordo Seclorum "New order of the ages." These are the Latin statements on the dollar bill around the Eye of Providence.

What do you think that means? Who is favored, and are you ready for the new order?

The New Rags to Riches