If you have seen gas prices lately, you'll notice that they are up a $1 from the same time last year. The current national rate for gasoline is $3.25 a gallon. One question I have is why is it that we are so dependent on this fuel? Yes, there are alternatives to gas, like electric-powered cars. However, that technology also uses a metered pricing system and takes much longer to fuel up.

Science magazines have been writing about flying cars, nuclear cars, and turbine-powered cars for almost a hundred years. The idea of using water as a fuel source has been around for at least 50 years. Water is, in fact, full of energy. Chemically, it's locked up in the atomic bonds between the hydrogen and oxygen atoms. 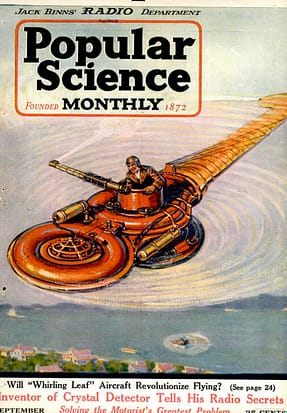 It Has Been Here for A While 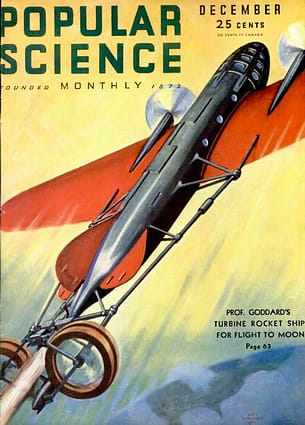 When hydrogen and oxygen combine, whether it's in a fuel cell, an internal combustion engine running on hydrogen, or in an electrolysis cell, there's energy leftover in the form of heat or electrons. The result is then converted to mechanical energy by the pistons and crankshaft or electrical motors to move the vehicle. The problem is that it takes the exact amount of energy to pry those hydrogen and oxygen atoms apart inside

the electrolysis cell as you get back when they recombine inside the fuel cell. Currently, science is bound by the laws of thermodynamics as they are taught to us today.

What do I mean by this statement? People always want to hang their hat on what is true. Science is always believed to be true until it isn't.

For example, when the leading scientist of the 1500s stated that the sun and planets revolved around the earth, people believe them. Then in 1543, a guy named Nicolaus Copernicus submitted a paper that proved his theory that the earth and planets revolved around the sun. As a result, the people of his time stated that he was crazy. Most importantly, his fellow scientist did not agree with his findings until after his death.

The concept may seem like a simple example, but at the time, this was radical science.

There are thousands of examples of science growing or expanding beyond its original concept. The laws of physics are just that, laws. They were developed and enacted by people for people. Similar to other laws, they can and have been updated as we received more information. I offer another story for you to consider in the following paragraphs. I hope you open your mind to the possible.

Stanley Allen Meyer was a typical young American from Midwest Ohio. He attended Ohio State University and also spent time in the military. Meyer's work history is a key to understanding this interesting man and his contributions.

One of his jobs was working for Battelle Foundation in Ohio. A private nonprofit applied science and technology development company dedicated to “doing the greatest good for humanity.” Battelle does a substantial amount of business in government security, technology and health. Stanley also worked on the Gemini project with NASA, including the fuel system for energy on "concept EBED" for the Star Wars project. With his twin brother Stephen Meyer, a former electrical engineer in the USAF, they formed their own business. Meyer assembled a new technology operation worth several million dollars in the field of transportation and spare parts. It is in this business that he created his greatest invention, a water fuel system for cars.

Stanley was a man of integrity. His vision was to provide people with an inexpensive, non-toxic form of abundant energy. His motivation was the 1970s oil embargo the U.S. was facing with the Middle East. "It became imperative that we must try to bring in an alternative fuel source and do it very quickly," Meyer says in his documentary.

How About This Solution?

Meyer and his brother went straight to work on this new device. It would take around 15 years to create what is now known as a hydrogen fuel cell. The water used would split into two parts hydrogen and one part oxygen. The hydrogen would be used to power up wheels while the remaining oxygen would be released back safely into the atmosphere.

Stanley put his engine into a buggy (lightweight open-top car) and traveled around the country demonstrating its capabilities. His technology gives off several hundred more units of energy than it consumes. Remember the laws of thermodynamics? The theory is not one-to-one anymore. The sun may indeed be the center of our solar system.

During this time, Meyer had applied for thousands of patents for his new technology. The patent office took a special interest in his design and was approving them at an expedited rate. It is said that he received approval within eight months of application, while others would wait years.
Stanley was familiar with the fact that his patents could be taken from him at any time. He experienced this first-hand working with high technology companies in the past. He was cautious not to share all his ideas.

As Stanley's invention had become more publicized, he would receive more attention. The attention was not always positive.

It appears as though his investors were more interested in receiving payouts than solving the world's energy needs. Several courts ruled that Meyer had faulty contract language and that the investor's money would be returned to them. However, not all investors felt this way, and they continued working with Stanley.

In 1998 Meyer, his brother, and two investors celebrated in the Grove City Cracker Barrel over a purported contract with the U.S. Military. All of a sudden, Stanley grabbed his throat and started to choke. He ran out of the restaurant and died shortly after.
His twin brother Stephen Meyer said:

“Stanley took a sip of cranberry juice. Then he grabbed his neck, bolted out the door, dropped to his knees, and vomited violently.”
“I ran outside and asked him, ‘What’s wrong?’ “ Stephen recalled.
“He said, ‘They poisoned me.’ That was his dying declaration.”
After a three-month investigation, the police concluded that Mayer died of a cerebral aneurysm.

How Many Times Have We Seen This

The facts of this story are here for you to read. You can dismiss them like many did when President Kennedy was shot with one bullet that pierced his head from the back, ricocheted to his wrist, and hit him in the front of his right temple.  See my blog on JFK here. Or, perhaps like the countless UFO reports from the military and civilians alike.  You can read my blog on UFOs here.

The idea that we look to authority for help is flawed. Like us, they are simply people with information. How they interpret and present that information is based on their perspective. You now get to decide what you want to believe and base it on your perspective. What will you do with this new knowledge?

One last thing. The U.S. has been funding hydrogen cell vehicle technology to the tune of tens of millions of dollars a year.  Here is a link that shows the 2018 closed bid winners of $34M in government funding.

Today, only Honda and Toyota offer hydrogen fuel cell cars but only in 2 of the 50 states, California and Hawaii. I wonder why that is?

Meanwhile, most of Meyer’s patents have expired and are available to be viewed at the U.S. Patent office online.

Oh, What a Dream

Membership Has its Privileges