"I never had any philosophic instruction, the first lecture on psychology I ever heard being the first I ever gave." A direct quote from William James, my subject today.

Who is William James, you ask? Many consider him the most influential philosopher of the United States and the "Father of American psychology." Most importantly, William started out studying to be a doctor but ironically modified his area of focus due to illness. William suffered from various physical ailments, including the eyes, back, stomach, and skin. He was subject to multiple psychological symptoms, known at the time as neurasthenia, which included periods of depression.

While ill, he traveled to Germany in search of a cure. He learned more about himself and the world he lived in through his travels. As a result, William knew he must finish his M.D. but continue his studies in philosophy and psychology. 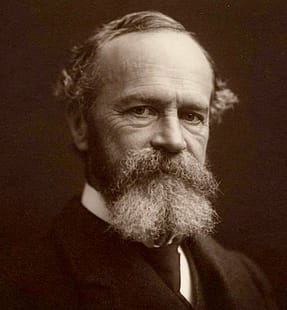 James's acquaintance with the work of figures like Hermann Helmholtz in Germany and Pierre Janet in France facilitated his introduction of courses in scientific psychology at Harvard University. He taught his first experimental psychology course at Harvard in the 1875–1876 academic year. 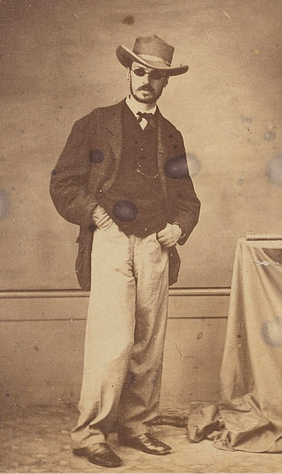 However, his life and career went beyond Harvard as an instructor; he was also a world-renowned author and philosopher. James joined in philosophical discussions and debates with Charles Peirce, Oliver Wendell Holmes, and Chauncey Wright, which evolved into a dynamic group known as The Metaphysical Club in 1872. Take a moment and click on the names above. You'll see that the philosophers and supreme court justice are part of the group. These men would end up influencing intellectual thought in this country for decades.

William was also a tireless author. He wrote five books and nineteen essays, all his major works from 1902 until he died in 1910: James publishing Pragmatism, A Pluralistic Universe, and The Meaning of Truth in 1907. Most of the writings are lectures addressed to general audiences and philosophers. However, William gained widespread praise with his massive book The Principles of Psychology (1890), totaling twelve hundred pages in two volumes, which took twelve years to complete.

There are many reasons to be interested in James' work. Above all, he was a prolific writer and creator of new ideas regarding the human mind and knowledge. He was a pragmatist and defined true beliefs as those that prove helpful to the believer. Truth is verifiable to the extent that thoughts and statements agree with real things, as well as the extent to which they "hang together." These are, in turn, verified by the observed results of applying an idea to actual practice. To clarify, James held a world view in line with pragmatism, declaring that the value of any truth was utterly dependent upon its use to the person who held it. See Twitter or FB/Meta for examples.

William knew that "truth" needed more clarification. As a result, he created "Radical empiricism." a philosophical doctrine that asserts that experience includes both particulars and relations between those particulars and that, therefore, both deserve a place in our explanations. In other words, Any philosophical worldview is flawed if it stops at the physical level and fails to explain how meaning, values, and intentionality can arise from that.

The postulate is an introductory statement of the empiricism method. Empiricism is a theory of knowledge that emphasizes the role of experience, predominantly sensory perception, in forming ideas while discounting a priori reasoning, intuition, or revelation. He also supported supernatural and transempirical entities but said it would not be fruitful to discuss in his day and age. Interesting.

Similarly, James makes a statement about facts. Experience is "double-barreled"; it has both a content ("sense data") and a reference, and empiricists unjustly try to reduce knowledge to bare sensations, according to James. Life or experience is not just a mere stream of data; it is a complex process full of meaning.

Just so, I maintain, does a given undivided portion of the experience, taken in one context of associates, play the part of a knower, of a state of mind, of "consciousness"; In contrast, in a different context, the same undivided bit of experience plays the part of a thing known, of an objective 'content.' In a word, in one group, it figures as a thought, in another group as a thing. And, since it can figure in both groups simultaneously, we have every right to speak of it as subjective and objective, both at once.

Two things can be true and false at the same time. An example would be two people having a discussion. The individual has an experience of being treated disrespectfully by the other person they are speaking to. The second individual may be completely unaware of that person's perception and is under the impression they have no issue between them: two different experiences and two separate truths.

James's emphasis on diversity as the default human condition—over and against duality - has strongly influenced American culture. James's description of the mind-world connection, which he described as a 'stream of consciousness,' had a direct and significant impact on avant-garde and modernist literature and art. William James knew that science was important, but not at the expense of understanding that there is always more. The scientific study can not measure experience; therefore, meaning isn't quantifiable either.

I will leave you with this quote from Bertrand Russell's notes on paradox in his Analysis of Matter (1927): we appeal to ordinary perception to arrive at our physical theories, yet those same theories seem to undermine that everyday perception, which is rich in meaning.

Give Your Learning Back to The People