Do you enjoy science fiction? Are you a nut for Star Trek or Star Wars? Well, I am. I have recently been watching the Apple TV+ show called Foundation.  It is based on the fictional writings of Issac Asimov from the 1940s to - 1990s. I knew little about this man and his immense influence on my favorite science fiction shows and movies. He was a consultant with Gene Roddenberry on the first Star Trek movie and influenced George Lucas on Star Wars with his Galactic Empire.

Asimov's attention to scientific detail helped him create a realistic and vast galaxy full of strange beings and "robots". He made it was easy for readers to get involved by humanizing the unreal. Issac always approached the consciousness of humans with the perceived consciousness of an artificial life form. The struggle between right and wrong was just the beginning. He was more interested in the ripple effects of all life, either carbon or metal. In my opinion, he intended to help you see that there was always more to the story.

If you'd like to learn more about this man, read on. 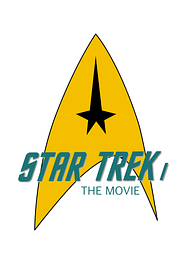 Asimov was born in Petrovichi, Russia. When he was three years old, his parents wanted to move to the U.S. They had arrived in New York City on February 3, 1923.  His parents spoke fluent Russian, Yiddish, and English. However, they never spoke Russian to Issac. By the time Asimov was five, he had taught himself and his younger sister to read.

His mother made sure that she placed him in First grade a year early. She knew he was an intelligent boy and wanted him to get a head start on American education.
Issac's parents also took advantage of the opportunities in their new country.

They opened and owned a succession of candy stores where everyone in the family had to work. The stores opened up a whole new world for Asimov. He had a chance to read an unlimited supply of pulp science fiction magazines and other fantasy periodicals.

Don't You Know There's a War on?

Based on Issac's early start to school, he graduated from High School at age 15. He would attend Columbia University and graduate with a Bachelor of Science degree. His love for science would serve him well in the future. For example, he completed his Master of Arts degree in chemistry in 1941 and earned a Doctor of Philosophy degree in chemistry in 1948. Additionally, during his chemistry studies, he also learned French and German.

In the time he had between earning these two degrees, Asimov spent three years during World War II, working as a civilian chemist. He was assigned to Philadelphia Navy Yard's Naval Air Experimental Station from 1942-45. When Issac left the Navy, he taught biochemistry at Boston University School of Medicine in 1949. Although his career at B.U. was tainted by his inability to do the required research due to his book writing, he would ultimately be promoted to full professor of biochemistry.
Asimov loved writing, in fact, he has written or edited more than 500 books in his life.

In 1942 Issac wrote a short story called "Runaround", where he introduced the idea of three laws a robot or artificial being must follow. These laws were outlined in the fictional Handbook of Robotics, 56th Edition, 2058 A.D.

These Laws are a function of self-preservation for the builder. If you follow Mary Shelley's Frankenstein, you'll understand that most creators of life are terrified by their creations.

During the time, Issac was challenged by many self-imposed critics and asked how the idea of a robot protecting human lives when it does not believe those humans truly exist is at complete odds. Asimov answered through a character, Dr. Susan Calvin, that he developed for a short story named "Evidence". Dr. Calvin addresses the moral aspect of people expected to refrain from hurting one another, similar to the first law. The second is society expects individuals to obey instructions from recognized authorities such as police, doctors, and teachers. Finally, in the third law, humans are typically expected to avoid harming themselves. When asked if it is easy to tell humans apart, Calvin responds, if such an individual obeys the Three Laws, he may be a robot or simply "a very good man". Another character asks Calvin if robots are very different from human beings. She replies, "Worlds different. Robots are essentially decent."

On a personal note, I think it is interesting to understand that Asimov wrote these and other books after the Great Depression and during WWII. How would you apply these comments today?

Asimov later wrote that he did not want to be praised for creating the Laws because they are "obvious from the start, and everyone is aware of them subliminally. The Laws just never happened to be put into brief sentences until I managed to do the job".

I agree with Issac that we all understand the laws subliminally, on the other hand, I think we need reminders to keep us consciously aware.

What's Love Got to Do With it?

As I stated earlier in this blog, Asimov's universe is full of trials and tribulations, just as in real life. What do you do when you have the power to control another human being? I guess it comes down to one of two things. You are either coming from love or fear.

When you come from love, you are not interested in control. You are without worry and allow the free will of the person to take place. When you are in fear, you will do anything to maintain your perception of safety by any means possible.

Where do you stand?

You don't need to control the galactic empire to understand either of these feelings, but you do need to choose. Otherwise, we end up like Asimov's Dr. Calvin and prefer the decency of a robot over the fearful human.