Who is the man responsible for bringing Saudi Arabian oil to the world? If you guessed John D. Rockefeller, you would be wrong. It was, however, another John.  John Paul Getty is the man who created a relationship with Ibn Saud, the Arab tribal leader, and statesman who founded Saudi Arabia, the third Saudi state. He was King of Saudi Arabia from September 23, 1932, to his death in 1953. From that date on, John and Ibn would change how the world would consume and view oil reserves forever.

So how does the son of an Insurance Company Lawyer become the sole exporter of Saudi oil and become one of the richest men in history? Read on. 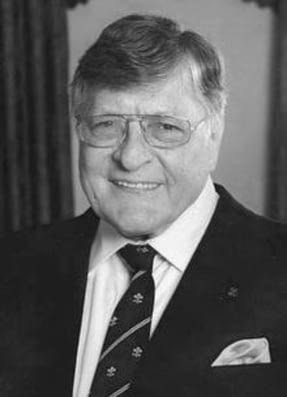 Getty was born in Minneapolis, Minnesota, in 1892. He was raised in a middle-class family who instilled their Methodist beliefs in him. The Getty fortunes would change when John's Father, George, traveled to Bartlesville, Oklahoma, and bought the mineral rights for 1,100 acres of land.

The Getty family subsequently moved to Bartlesville, where J. Paul Getty attended the Garfield School. Within a few years, George Getty had established wells on the land that started producing 100,000 barrels of crude oil a month. 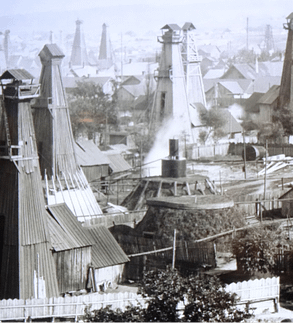 Subsequently, the Getty family was now part of the burgeoning crude oil millionaire class and left Oklahoma for California.  J. Paul attended several different High Schools, and when he graduated, he chose the University of California, Berkeley, but did not complete a degree. The focus of his education was bigger than Berkeley. He wanted to travel to Europe and continue his studies at the University of Oxford in 1912. His father had also requested that the then-President of the United States, William Howard Taft, send a letter of introduction to help his son gain independent instruction from tutors at Magdalen College (how do you think this happened). Having been enabled this opportunity, the young J.P. Getty created friendships with the European elite, including Edward VIII, the future King of the United Kingdom.

J. Paul was an intelligent individual and gifted in the art of language. He could speak seven languages fluently (French, German, Italian, Spanish, Greek, Arabic, and Russian). He was able to take his linguistic talents and grow his father's oil business by making strategic moves and partnering with the right people. For example, in 1914, J.P. took a $10,000 ($269,195 today) gift from his father and purchased the Nancy Taylor No. 1 Oil Well Site near Haskell, Oklahoma. The investment in this well paid off. A year later, the well struck oil, and by the following summer, the 40 percent net production royalty he accrued from it had made him an instant millionaire.

Unfortunately, his personal life was a bit of a wreck. He married and divorced several times and fathered children that he would not provide financial support to. His succession of marriages and divorces so distressed his father that Getty inherited only $500,000 ($7,559,730) of the $10 million ($161,194,610) fortune his father left at the time of his death in 1930.

Can You Help a Brother Out?

In 1936, Getty's mother convinced him to contribute to the establishment of a $3.3 million investment trust, called the Sarah C. Getty Trust, to ensure the family's growing wealth could be channeled into a tax-free, secure income for future generations of the Getty family. The trust would also enable Getty to have easy access to ready capital, which he was funneling into the purchase of Tidewater Petroleum stock. Why is Tidewater Petroleum of interest here?

Do You Have Allstate?

Why does this matter?  That is to say, how does this all tie into the Getty family wealth? The Getty family forms a tax-free trust that J.P. can borrow against, and he uses that money to buy stock in Tidewater, a company J. D. Rockefeller has controlling shares of stock in. Tidewater has a holding company (a financial organization that owns a controlling interest in other companies but isn't liable if one of those companies goes bankrupt) Mission Corp., which holds the stocks of newly formed Tide Water and Associated, that Getty buys controlling interest in.

If I had to read the tea leaves, it looks like Getty and Rockefeller had a business relationship and figured out a "legal" way to protect their oil empires together. In this example they both owned controlling shares in two holding companies Tide Water and Mission Corp. Remember, a holding corporation owns a controlling interest in multiple companies but is protected from losses accrued by subsidiaries. So if a subsidiary goes bankrupt, its creditors can't go after the holding company, thus protecting the money or shares of the company.

I don't have the time or interest in running this thread down, but I think you can now see how the rich get richer. If you are newly rich like Getty, and you have a consistent money-producing business. However, oil is a volatile commodity, and speculation is part of the business. What if you could create a holding company to protect your income from your various business potential of failure, but not be liable to creditors if you make a bad bet? Sounds like you can't lose. And based on Getty's financial report upon his death in 1976 ($6 Billion or $27 Billion today) he didn't.

You might be asking right about now, what about Ibn Saud? The royal family is sitting on an estimated wealth of $1.4 Trillion today. I wonder if they have a holding company?

What Are You Going to Do About it?

I share this story with you because people always look at the uber-rich as good business people. Maybe they are, but from what I have read, it looks like they have a way of creating a system that works for them.

In past blogs, I have told you General Electric pays little or no income tax, that Amazon has received income tax payments of $150 million-plus from the U.S. Government.

Who is writing these tax laws? Why can't we get the same discounts and tax advantages like the Rockefeller's, Bazos', and the Getty's? It is pretty easy to see that you have to have an imagination and the nerve to create what you want. This thinking is not the sole ownership of the rich and powerful. You already posses it, and it is just waiting to be experienced. Hell, most of the people I write about came from little or nothing and created the world they wanted. Why can't you?