There are many times during this year that I have learned new things from writing this blog. Today, I have learned that the United States we live in today was actually formed during the 1930s. You may ask, what does this mean? What proof do you have to support your theory? Read on, and I'll answer your questions. 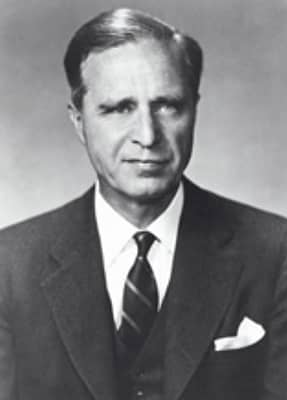 The father and grandfather of these two Presidents was named Prescott Bush. He was a U.S. Senator for Connecticut for over ten years. And was a former Yale graduate and member of the Skull and Bones. After college, he served in WWI (1917 - 1919) as a Captain in charge of intelligence and artillery in France.

In 1924, Prescott became vice-president of the investment bank A. Harriman & Co., where his father-in-law, George Herbert Walker, was the president. Bush's Yale classmates and fellow Bonesmen E. Roland Harriman and Knight Woolley also worked with the company.

Take a Step Back 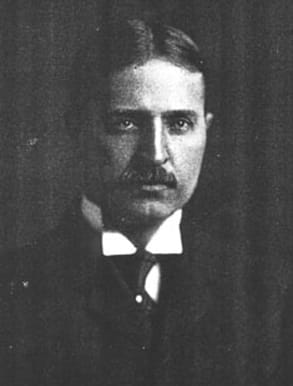 You can start to see the nepotism in Prescott's early career, but he is not my focus today. His father, Samual P. Bush, is my focus. I'll show you the connections Samual made so that his son, grandson, and great-grandson would help shape the country we live in today.

Samual was born October 4, 1863, to Harriet Eleanor Fay and Rev. James Smith Bush ( a man I will write about in a later blog). Bush graduated from the Stevens Institute of Technology at Hoboken, New Jersey, in 1884. Stevens is one of the oldest technological universities in the United States and was the first college in America solely dedicated to mechanical engineering.

Samual did not attend Yale like his father, child and grandchildren did. He instead wanted to work in the railroad industry. Samual worked hard, and within ten years, became Superintendent of Motive Power. In 1901 he would become the general manager of Buckeye Steel Castings Company, which manufactured railway parts.

More importantly, the company was run by Frank Rockefeller. He was the brother of oil magnate John D. Rockefeller. Among Buckeye's clients was E. H. Harriman, an extremely powerful railroad executive, and U.S. elite.  Look at the last name and see that his son worked with Prescott Bush at A. Harriman & Co.

Seven years later, Rockefeller would retire, and Bush became President of Buckeye. Samual would leverage his wealth and power and become one of the top industrialists of his generation.

Bush was not only interested in business, but he was also simultaneously participating in politics.

In 1918, banker Bernard Baruch, yes that Bernard Baruch (see my blog on the lone wolf of Wallstreet) was asked to reorganize the War Industries Board during World War I. He did and placed several prominent businessmen in pivotal posts. Remember, Samual had a son, Prescott Bush, who was in the Army and in charge of intelligence and artillery in France. Bernard Baruch selected Samual Bush to became chief of the Ordnance, Small Arms, and Ammunition Section, with national responsibility for government.

He also assisted and created relationships with munitions companies. Those companies included United States Rubber Company (Uniroyal) which ended up employing his son, Prescott Bush, in 1925.

Samual also got a taste of FEIT currency (the U.S. dollar is based on an idea, not gold). He served on the board of the Federal Reserve Bank of Cleveland (as well as of the Huntington National Bank of Columbus). What does a board member do, you ask? There are many things, but above all else, they determine who gets the money (loans) from the bank. In effect, they decide what businesses can grow from their investment.

In addition, he was so well connected that in 1931, he was appointed to Herbert Hoover's Committee for Unemployment Relief. A committee that was chaired by Walter S. Gifford, the President of AT&T. Interesting, unemployment relief that was determined by a wealthy industrialist and the president of one of the largest companies in America.

The Great Depression was going on strong at this time. The country was in great financial straights, and people were suffering. On the other hand, along comes a railroad businessman, and he gets appointed to the War Industries Board (now the Pentagon), the boards of two majority banks, and works for the President of the U.S. in unemployment relief.

I am fascinated by the web I keep getting caught in with my blogs regarding industrialists of the 19th and 20th centuries. I am not trying to make connections on purpose. However, I can not ignore that in my research Bernard Baruch keeps coming up. The entire Bush family tree is tied to this man or the Rockefellers. The great companies of this country are either owned by or lead by these men or their heirs.

There are many reasons these men have success. Above all, I have found that it is mostly due to the relationships they have.  In some cases it is family, and in others it is a partnership that benefits a group.  Either way, the U.S. is built and directed by a small group of Billionaires from the 19th century.  In short, I find this helpful as I navigate my feelings about how I fit into this culture.

I will always write about the people and things I find interesting, but I will always show you the connections too. It is up to you to take this information at face value or dig deeper. In any event, I hope you find it as fascinating as I do.

Lois Lowry Is The Giver