Over the past couple of years, I have written blogs on extraterrestrial life and its involvement with our planet. I shared the story of George Adamski and his proof of alien races and UFOs. Also, I wrote a story about Jame Forrestal, the first Secretary of Defense and the man who President Harry S. Truman tasked to create the MJ-12 group and Operation Paperclip. His focus was finding and bringing back Nazi scientists to help the U.S. rocket program. He would later discover that the Nazis had technology beyond anything seen by humankind.

Subsequently, I will share some startling and incredible information in the following paragraphs. If you are not yet familiar or comfortable with the idea of alien life, I urge you to read this document from the U.S. government. The information comes from the freedom of information act. It is available through the National Archives—for example, this document from J. Robert Oppenheimer to Albert Einstein in a draft letter dated June 1947. The document titled "Relationships with Inhabitants of Celestial Bodies" is the first document to use the phrase Extraterrestrial Biological Entities, or EBEs.

It deals with the subjects that you would expect competent scientists to deal with – i.e., where do they come from, what does the law say about it, what should we do in the event of colonization and integration of peoples, and why are they here? 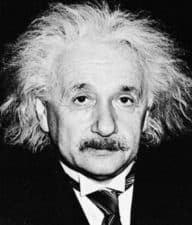 Father of The Automic Bomb 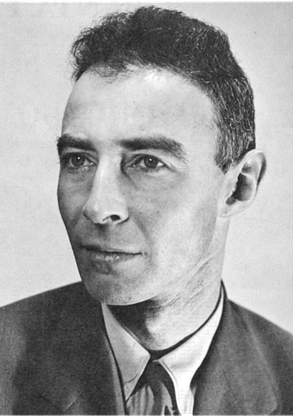 The document suggests that if EBE's desires to settle here on Earth, there will be a "profound change in traditional concepts" of law and the possible need for a new "Law Among Planetary Peoples."

Consequently, the truth is the military has been working with these extraterrestrials for some time.

WWII was a central staging point for these relationships, and the subject of my post today had relationships with Forrestal and others through his post within the Navy and aeronautical corporations. His name is William Tompkins, and he lived an extraordinary life.

Tompkins is one of the most important eyewitnesses to reveal details about the Secret Space Program and human interactions with E.T.s. He was a Navy intelligence officer and part of a group that helped our government understand the Nazi's access to otherworldly technologies. His spies gathered as much intelligence as they could collect from the Nazis and brought the information back to Tompkins for review. Bill would have to decipher as many photos, text, and hand-drawn pictures as possible and then present the data to James Forrestal, the Secretary of the Navy, from 1944 to 1947. Tompkins said it was like recreating a word puzzle written in a new language.

Bill had learned that throughout the 1930s, the Nazi party was using a medium named Maria Orsitsch to communicate with an alien race called the Sumeran. The aliens lived on Alpha Cen Tauri, located in the Aldebaran system, about 68 light-years from Earth. Maria learned that they had populated many other planets, including Mars. They wanted to share their technology with Maria to channel their data. It is unknown if they chose Nazi Germany or just Maria because she could take in and translate the communications.

A Man on The Inside

To understand why a psychic/medium would be selected to share alien technology is best described by Ben Rich, Former Director Of Lockheed Skunkworks. Ben was asked how UFO propulsion functioned. His reply was remarkable. "Let me ask you. How does ESP work?" The man asking the question of Mr. Rich said - "All points in time and space are connected?" Ben Rich then replied, "That's how it works!"

Meanwhile, the Germans hired engineers and scientists to review the drawings and reverse engineer them to make spacecraft. According to Thompkins, his spies were stealing as much German intelligence on aliens as possible. They also learned that the Nazis retrofitted a submarine as their first spaceship and traveled to the moon. He said a sub and its crew were best fit to endure space travel. The submarine was already a pressurized vehicle, and the crew would be unaware of its surroundings. Only the navigator would know the route and destination.

Moreover, The information the spies brought back from Germany were given to companies such as Lockheed Martin to reverse engineer and create U.S. versions of spacecraft. That is to say, this is how the Lockheed Skunk Works division came to be. Here is another quote from Ben Rich, "We already have the means to travel among the stars, but these technologies are locked up in Black Projects...and it would take an act of God ever get them out to benefit humanity. Anything you can imagine, we already know how to do."

I Never Knew That

According to William, Germany used the E.T. information to produce large quantities of 14 different E.T. vehicles during World War II. Most of which were taken out of Germany into Antarctica before the war ended.

For more on this theory, check out the story on Admiral Byrd and Operation Highjump in 1946.

As you can imagine, there is a lot more to the life of William Mills Tompkins. That is to say, Mr. Tompkins Worked at the most classified and secret levels at the Douglas Aircraft Company, which would soon be named the McDonnell Douglas Missiles And Space. Tompkins would finish his career crafting designs for the "Solar Warden" secret spacecraft system that transports thousands of military personnel throughout the solar system and galaxy. He even shared a couple of his drawings, so we could see just how far our technology has come.

Trust in What You Can't See

The information I just shared can seem so far beyond belief that it makes you question why these men would say that humankind is capable of intergalactic travel. I ask you this, why do you think we are alone in the universe? Is it the way we have been trained? Is it true that out of 400 billion stars in the Milky Way, we are the only life in the 1 trillion other orbiting planets?

It is up to you to be curious. My focus is to listen to what others have said and vet their information. My personal belief is that we have never been left alone. There is more to see than just this tiny slice of visible light between ultraviolet and infrared. As a matter of fact, the light spectrum that humans use comprises less than an estimated 1% of 1% of the entire electromagnetic spectrum available. In translation, we see less than .001% of the accessible light source in our world. Do you "see" what I'm saying?

Go and be curious about just how powerful you are!

God Save The Child