I have a question for you, what do Woodrow Wilson and Mother's Day have in common? He was the president that signed the proclamation designating Mother's Day, held on the second Sunday in May, as a national holiday to honor mothers. Why do we celebrate Mother's Day? If you think it is to buy flowers and send Hallmark cards, you would be incorrect. There is always more to the story.
The original vision of Mother's Day started back in 1870 with a peace activist, Anna Reeves Jarvis, who cared for wounded soldiers on both sides of the American Civil War and created Mother's Day Work Clubs to address public health issues. She and a fellow activist and suffragette named Julie Ward Howe teamed together urging congress to create a Mother’s Day dedicated to peace. They called for women to join in support of disarmament and asked for June 2, 1872, to be established as a "Mother's Day for Peace". Their 1870 "Appeal to womanhood throughout the world", is sometimes referred to as the Mother's Day Proclamation.

Anna thought that the children of mothers would listen to them and follow their guidance of peace and love. She had seen too much death during the civil war to stand by and not help in educating those who would listen to her pleas of tolerance and understanding. 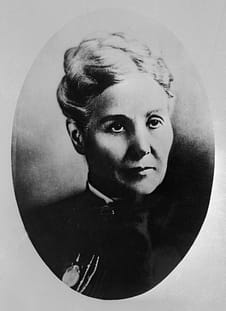 A Call to Peace 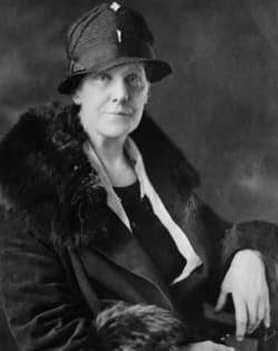 They would call upon mothers of all nationalities to band together to promote the amicable settlement of international questions, the great and general interests of peace. It would ultimately take another 40 years before this day would become a nationally recognized holiday, but it never left Ann's consciousness.

Not to be confused with her mother, Anna Marie Jarvis, would hold the first official Mother's Day in 1907 as a memorial for her mother at St Andrew's Methodist Church in Grafton, West Virginia. Her passion for creating a national holiday for mothers started in 1905, the year her mother, Anna Reeves Jarvis, passed away. She wanted to honor all mothers and to set aside a day to recognize them because she believed a mother is "the person who has done more for you than anyone in the world".
Congress would reject the proposal in 1908 and joked that they felt they would need to continue to establish holidays for mothers-in-law and children as well. However, like many times in the past, the states would recognize and celebrate holidays without a national decree. By 1911 all U.S. states observed the holiday, with some of them officially recognizing Mother's Day as a State holiday (the first was 1910, in West Virginia, Jarvis' home state). Woodrow Wilson would eventually sign the proclamation in 1914.

Willy Wonka Gets it Wrong

The declaration of a nationally recognized holiday seemed like a victory for both mother and daughter, but Anna's happiness would not last long. She was not very happy or satisfied when she realized that her holiday for peace had been circumvented by commerce. There were card companies, florists, and chocolate makers getting in on the celebration and changing the narrative. Jarvis believed that the people and companies were misinterpreting and exploited the idea of Mother's Day and that the emphasis of the holiday was on sentiment, not profit. She organized boycotts of Mother's Day and threatened to issue lawsuits against the companies involved. Jarvis argued that people should appreciate and honor their mothers with personal gestures of love, like handwritten letters and gratitude, instead of going out and buying something already made. She even got arrested for protesting and disturbing the peace outside of a meeting of American War Mothers in 1925.

What Are We Really Celebrating?

Mother's Day remains one of the biggest holidays in the U.S. for sales of flowers, greeting cards, and the like. Furthermore, churchgoing is also popular on Mother's Day, yielding the highest church attendance after Christmas Eve and Easter. Carnations have also come to be popular on Mother's Day. Do you know why? Around 1925 the American War Mothers started selling them on Mother's Day to raise money for their charter. An interesting fact I found was if a carnation is colored it means the mother is living, and if it is white if she is dead.
Some would argue that the holiday would have withered over time without the support and continuous promotion of the florist industries and other commercial interests. There are other holidays from the same time, such as Children's Day and Temperance Sunday, that did not have the same support or commercialism and have faded into the past. But I believe that no one will ever forget their mother or the special day we celebrate them. There is a lasting tie between a child and the women who cared for them throughout their growing years. That relationship never completely fades.

It is no surprise that it took and mother and a daughter to bring Mother's Day to the national consciousness. It is also nice to know that they hoped to remind us that tolerance and peace will sustain us all.
To my mother and the mother of my child, I send you love and gratitude, and I wish you peace!

Lois Lowry Is The Giver